Major cinemas in Shanghai reopened their doors on Monday with strict measures to guarantee the health of moviegoers.

Officials from Shanghai Film Group announced that 33 of its theaters have reopened, of which 21 are located in Shanghai.

Each cinema has special teams for the prevention of COVID-19. Theater facilities have been thoroughly disinfected, too.

The group also urges cinemas to reduce daily screenings to half of normal levels. Intervals between screenings are prolonged for intensified sanitation and cleaning. Cinema staff are required to receive special training for reopening as well. 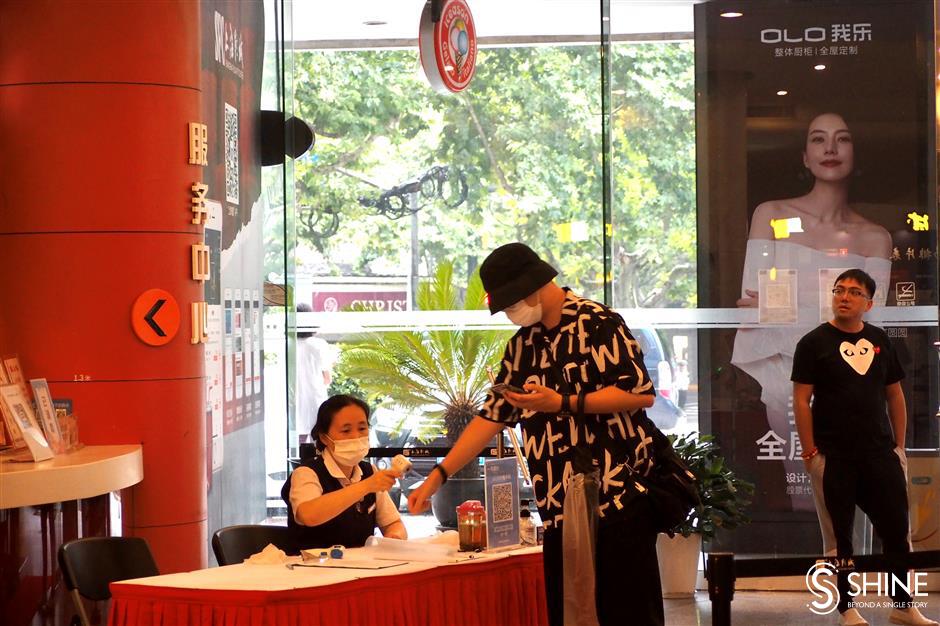 Shanghai Film Art Center has opened three of its nine screening halls. More than 200 tickets for nine films were sold on Monday.

“It's beyond our expectations,” said Gu Yan, general manager of the center. “We believe that with the efforts of many, cinemas and the film industry will soon recover.”

Movie fans have also voiced support for the reopening of cinemas.

Kitty Wu, a local movie buff, attended the afternoon screening of “A First Farewell” at the Shanghai Film Art Center.

“I love movies and I won’t miss any new release,” she said. “It has been a long time since I watched a film in the cinema. I am so excited and also grateful.”

Online ticketing websites show that more than 300 cinemas in over 120 cities, including Shanghai, Chengdu and Hangzhou, have reopened with screenings of both new and classic movies. 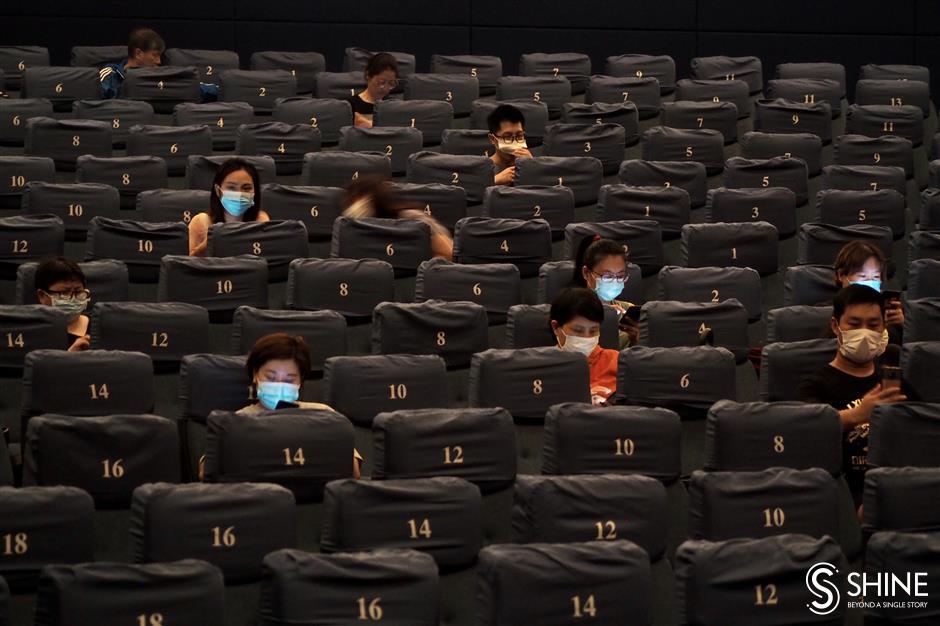 Audiences are arranged in staggered seating.

The award-winning drama “A First Farewell” and the documentary “Bright Torch” were released on the first day of the reopening.

Movies including the animated fantasy “Ne Zha,” the comedy fantasy “The Mermaid,” action flick “Wolf Warriors 2” and crime film “Sheep Without A Shepherd” are also on the screening list.

Since the occupancy rate for each film screening will not exceed 30 percent of theater capacity, tickets for many screenings were sold out within minutes.

The panorama will be staged at 29 cinemas around the city. Many netizens shared on WeChat Moments and social media how difficult to snap up the tickets.

One expressed his frustration of failing to buy tickets of the Japanese animated films “Promare” and “Paprika,” although he stayed up from midnight to 8am. Tickets for such popular screenings were sold out within seconds.

In half an hour, two tickets of “Paprika” were charged 1,200 yuan (US$170), originally 120 yuan for two, by scalpers on a secondhand goods trading website.