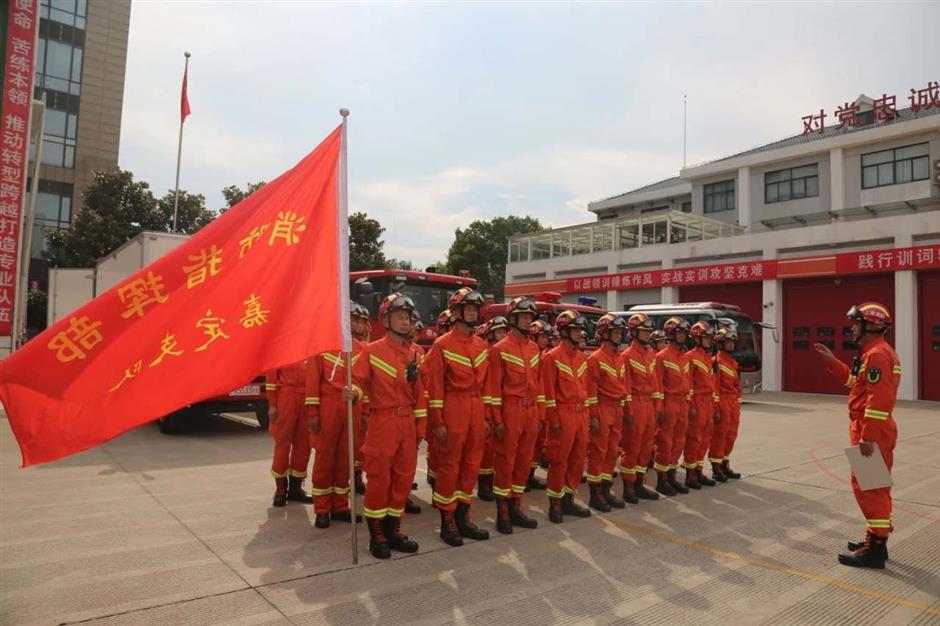 Firefighters from Jiading District gather before leaving for Wuhu on Sunday night.

A total of 300 members of fire and rescue squads from Shanghai arrived in Anhui Province on Monday morning to assist in the fight against floods.

They joined 1,200 colleagues from other parts of the country in the province, which has been under threat from floods on the Yangtze and Huaihe rivers, with over 6 million people affected.

The Shanghai firefighters left the city on Sunday night in 47 fire engines with over 6,000 pieces of rescue equipment.

All are stationed in Wuhu, with 120 in the city’s Jiujiang District which is expected to be hardest hit over the next few days.

Each squad member carries a 40-kilogram emergency pack with a tent, sleeping bag and first-aid kit, and enough food and water for three days.