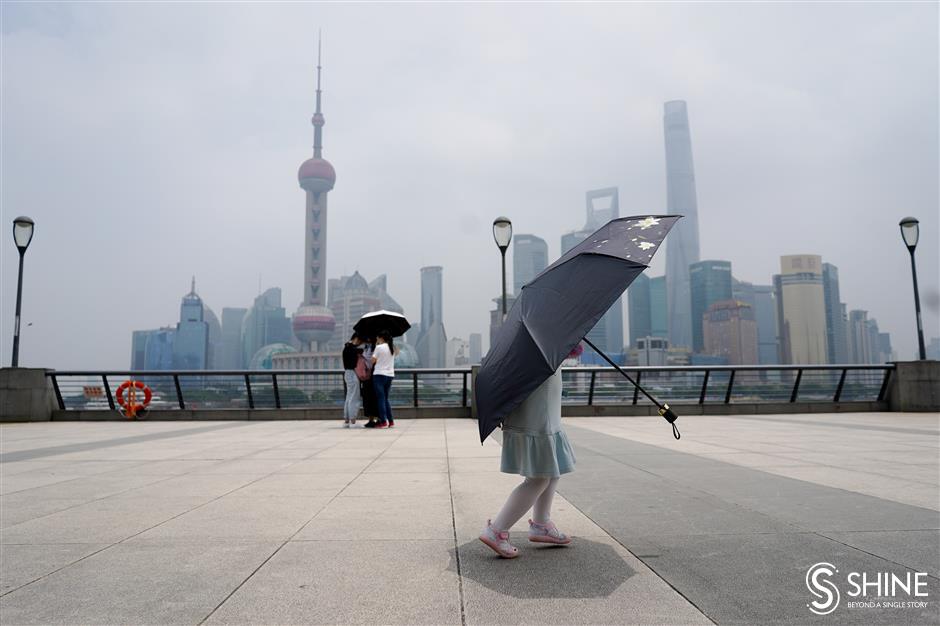 After 42 days, the longest and wettest plum rain season in decades ended on Tuesday, to be followed by more hot days above 35 degrees Celsius, according to the Shanghai Meteorological Bureau.

The season started on June 9, eight days earlier than usual, and ended 11 days later than average, according to weather authorities.

Rainfall during the season was also at historic levels.

As of 8pm on Monday, the average precipitation recorded at meteorological stations in the city was 533 millimeters, 2.4 times the annual plum rain season average. This year also saw the heaviest plum rains in two decades, ranking second only behind 1961, the bureau said.

According to the traditional Chinese calendar, the 12th solar term, dashu ("great heat"), will start on Wednesday and daily high temperatures are expected to reach 35 degrees until Friday.

This week will continue to see precipitation as well. Except for Wednesday, rains are expected until the end of the week, especially in the afternoon, according to the bureau. 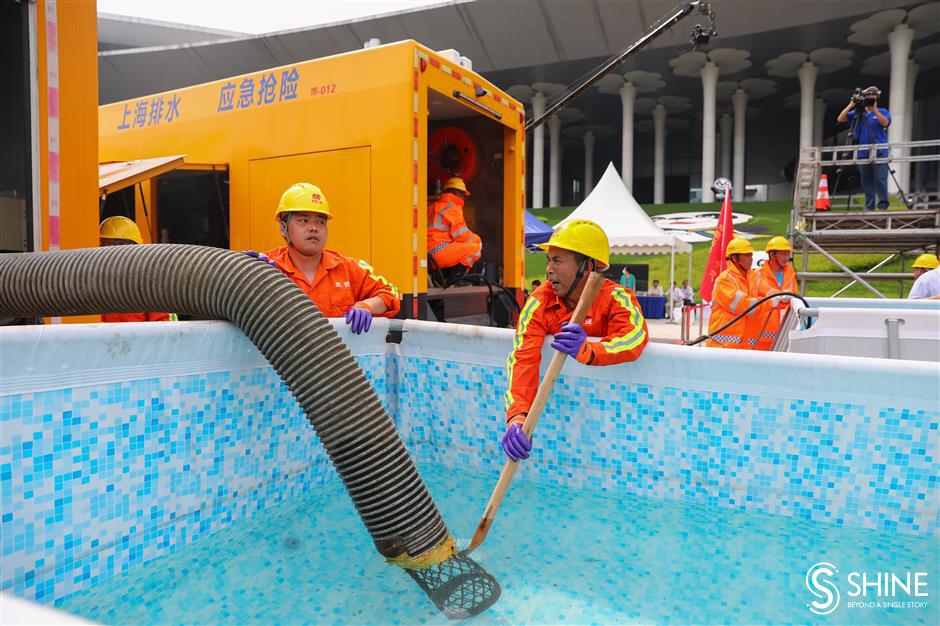 Workers from the city's flood prevention team during an emergency drill

The city’s flood prevention office has also geared up for the upcoming typhoon season, as two or three tropical storms are predicted to hit the vicinity of Shanghai this year.

A special flood control drill was performed at the National Convention and Exhibition Center (Shanghai) last weekend with personnel from drainage management departments across the city.

By the end of 2019, Shanghai had a total of 1,418 public drainage pumping stations for rainwater, confluence and sewage. A total of 148 monitoring sites were also established last year in central urban areas to improve real-time monitoring at pump stations.

The flood prevention team, established 10 years ago by the office, has also been upgraded over the years from a small voluntary service team to a multilevel emergency crew capable of coping with 100,000 cubic meters of water per hour.

Currently, there are a total of about 800 emergency personnel and 102 "smart" pump trucks in the city, which can be dispatched via an intelligent managing system. 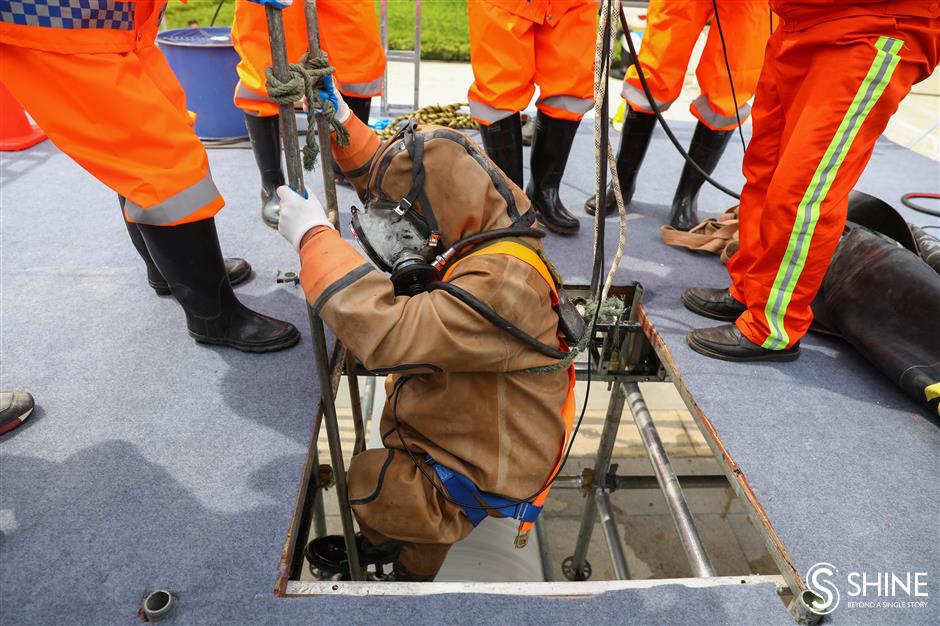 A worker is dressed in sewage gear as part of a simulated scenario to fix water clogging.