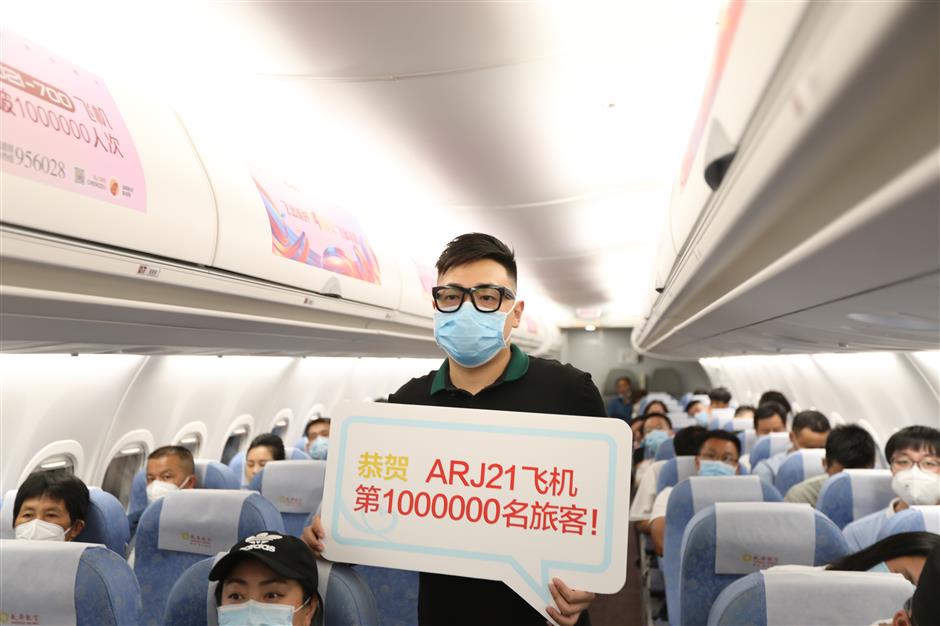 The millionth traveler on an ARJ21 poses in the cabin on Monday.

Over one million passengers have now traveled on the ARJ21, China's first domestically developed regional jet, via multiple Chinese carriers.

A Chengdu Airlines ARJ21 received the millionth traveler on Monday on Flight EU6674, bound from Shangrao in eastern Jiangxi Province to Chengdu in southwest Sichuan.

Since the jet, which has a range of up to 3,700 kilometers, started commercial operations with Chengdu Airlines in June 2016, it has connected 56 domestic and international cities.

Orders for the ARJ21 total about 600 units from over 20 domestic and international customers, according to COMAC.

As the first operator, Chengdu Airlines has trained 496 pilots and specialists for the ARJ21. 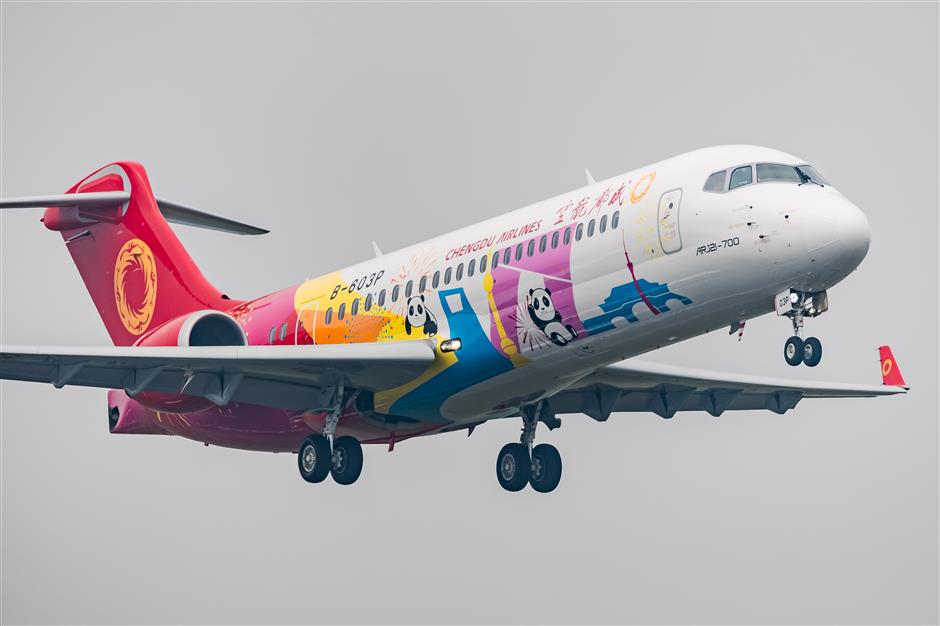 Deliveries are more frequent since a second assembly line at COMAC's Pudong manufacturing site was launched in March.

COMAC plans to manufacture 30 ARJ21s annually with production lines in Pudong and at the Dachang airport in Baoshan District.