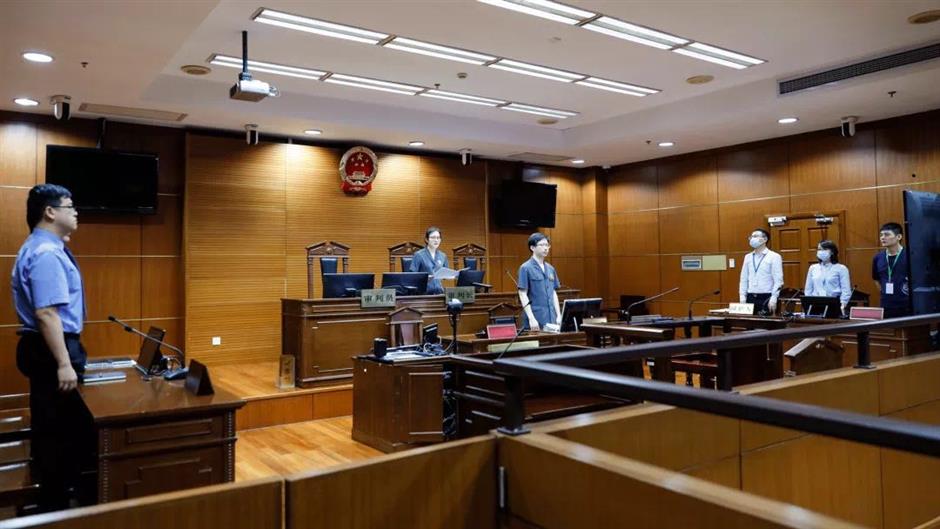 The trial of Kong Xiangyou is held at Shanghai No.2 Intermediate People's Court on Thursday.

Kong Xiangyou, the disgraced former head of Jingyi Group, an investment and asset management company, was sentenced to life behind bars and permanently deprived of his political rights for fraud and illegal fundraising involving over 13 billion yuan (US$1.85 billion), a Shanghai court said on Thursday.

Jingyi was established in 2011 in Putuo District. Zhou Haisheng acquired the business and established the Renyu Asset Management Corporation in 2014, the court said.

Starting in December 2014, the two companies came under the control of Kong, who was aware of the illegal activity and knew that the majority of investors would not be compensated, the court said.

In 2015, Kong established another company. The three businesses under Kong's control sold many illegal and fake investment products to investors. The scale of illegal fundraising eventually reached over 13 billion yuan from more than 27,000 people, the court said.

In 2018, Kong surrendered himself and other nine people were arrested. Further investigations and trials of other suspects are ongoing, the court said.

An earlier report said that Kong was sentenced to four years and six months in jail in 2008 in Wenzhou, Zhejiang Province, for theft, police said.