Young Jewish girl debuts song 'We Can be the Universe'

At a gathering of Chinese and Jewish people in Shanghai, a 17-year-old singer attracted attention with the debut of her song “We Can be the Universe."

Sevi Ettinger’s work is a new version and musical arrangement of her song “Universe” which was released last year.

From performing in musicals to singing and writing songs, Ettinger’s passion for music has been with her since the age of 3.

Born in Virginia, the US, Ettinger moved with her family in 2012 to Shanghai where she is now a high-school student.

Her songwriting career began at the age of 14 when she wrote her first piece “Salty Water.” It was completed in one hour using an app on her smartphone and a backing track she heard online that was composed by a musician in Texas — Nate McCray.

Ettinger did not expect many people would listen to her song, but it ended up being heard by a famous singer and songwriter from the US living in Shanghai — Phillip Jarrell. Finally, with the help of Jarrell, the song was released. 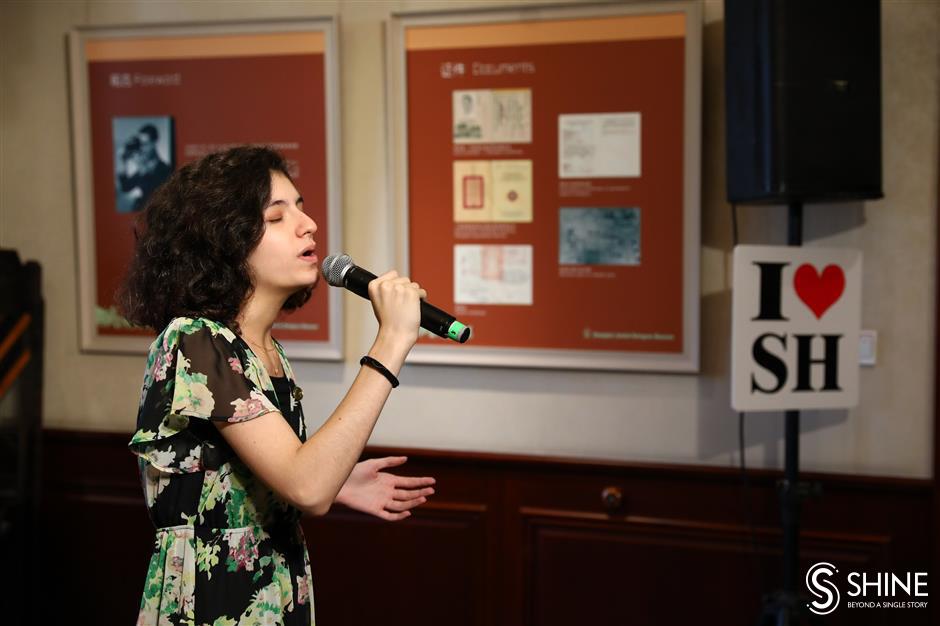 Sevi Ettinger sings  “We Can be the Universe.”

Over the years, Ettinger has been teaming up with more and more musicians, and producing a series of works.

She says she doesn’t really know what the song is going to be or should be about until she stands in front of the microphone and sings whatever she thinks and wants to say.

Speaking about “We Can be the Universe,” she said: “I didn’t quite know what the song was going to be about when I first wrote it. But when COVID-19 hit the world, I realized that this song was a necessary one to sing. One of my lyrics is, 'We can be the universe… only if we try.' It became clear that this song was supposed to be a message of unity. If we all come together as one, we can be bigger than ourselves. We can be the universe.”

Almost from writing her first song "Salty Water," Ettinger has been combining her love for music with charity work.

Her most recent performance for the Shanghai People’s Association for Friendship with Foreign Countries (SPAFFC) was an example of her sharing her voice in efforts to bring the Jewish and Chinese communities together.

“Singing ‘Universe’ for this event was such an honor,” she said. “As a Jew who has lived in Shanghai for many years, I feel special seeing the two cultures I am very much in touch with come together through my performance.”

For her, it was a unique opportunity.

“This was the first performance I have done for a Jewish event, but I look forward to using my voice to help bring together these two cultures in the future,” she said.

Most of Ettinger’s performances have been in China but she often goes back to the US to record. Earlier this year, Ettinger teamed up with multi-platinum producer David Kershenbaum to work on new recordings. She hopes to release these songs soon. 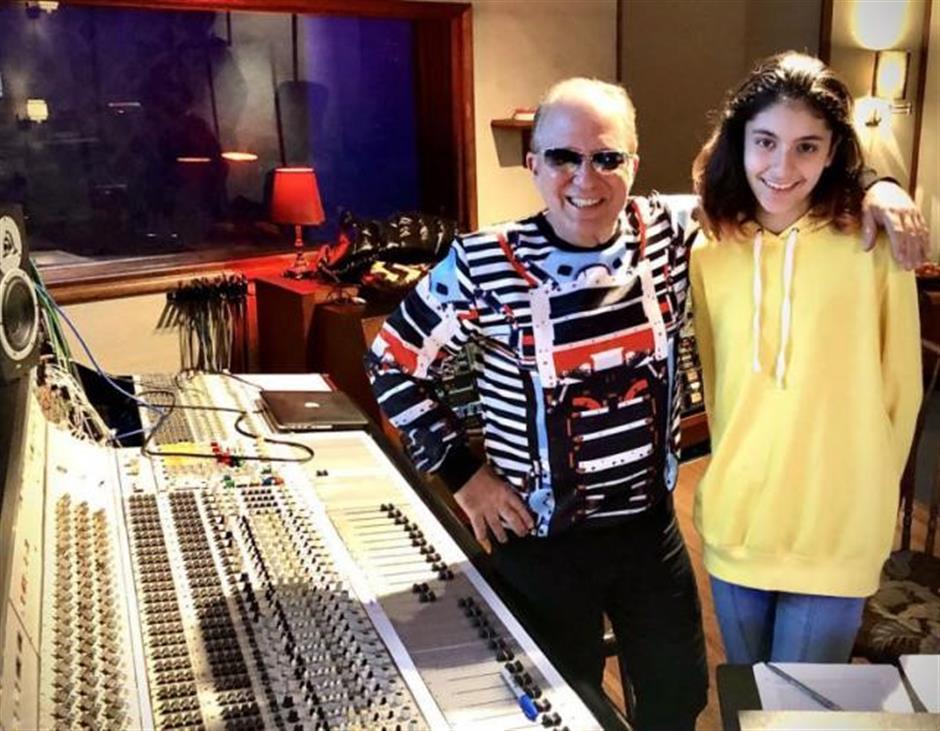 Ettinger with David Kershenbaum, an American producer, in a studio in Los Angeles.

For her, life in China has  exerted the greatest influence on her work.

Ettinger said that at first she only sang and wrote songs to express her own feelings and emotions, but over time she realized that it can also bring people together.

“As someone who has lived in China for seven years and loves the Chinese culture, language and people, I want to continue to make my music heard here,” she said. “I’m grateful for the opportunity I have had to live in Shanghai. The city has given me so many opportunities to thrive.”

In the future, Ettinger hopes to engage with the Chinese language through her music, potentially performing more songs in Mandarin.

﻿
Special Reports
﻿
61768
,
Songjiang switches on preferential polices for film and TV industries
Fair is just the job for those seeking work
Delicious summer fruit are as sweet as pie
Artists celebrate anniversary of UN with exhibition
No new coronavirus cases reported in the city
Film festival screens outdoor movies amid COVID-19
Customs measures up to make CIIE a success
Young Jewish girl debuts song 'We Can be the Universe'
Sweet taste of success for local summer fruit
Three-year pass to be issued for import expo
EXPLORE SHINE