Songjiang switches on preferential polices for film and TV industries

Officials of Songjiang District and company representative sign cooperation agreements on Sunday to fuel the development of the district's film and TV industry. 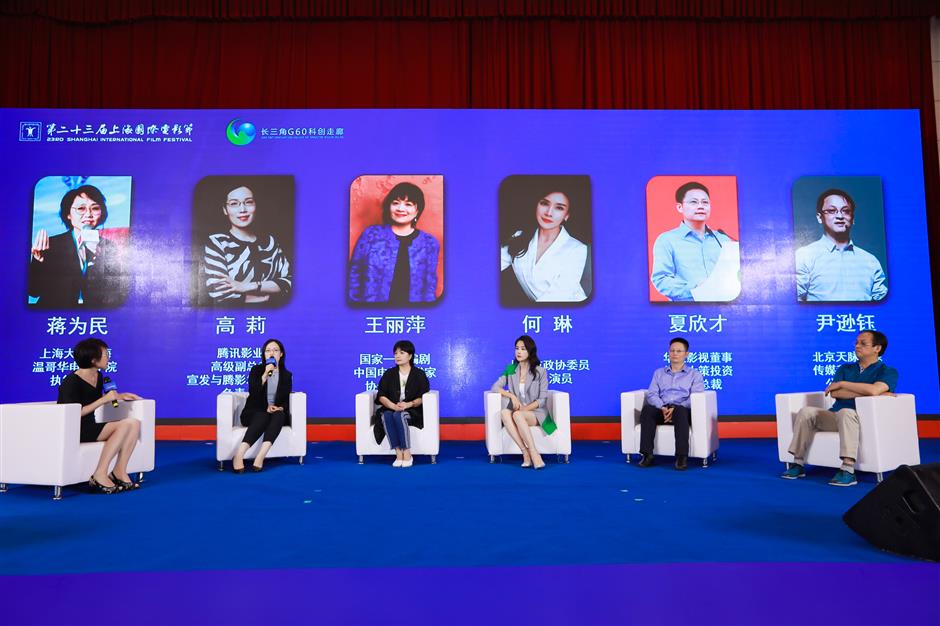 A forum on the development of Shanghai Hi-Tech Films and Television City is hosted on Sunday in Songjiang.

The Songjiang District authorities announced a raft of upgraded preferential policies to fuel the development of the district's film and TV industries on Sunday.

The subsidy for large film and TV industry projects with a total investment above 20 million yuan (US$2.85 million) has been raised to up to 12 million yuan from 5 million yuan. A 16-policy blueprint was released by district authorities in June last year.

The upgraded version includes subsidies for the application of advanced cloud services on intelligent film and TV cloud platforms developed by the district for the first time to encourage technology empowerment.

It is part of the district's efforts to build the Shanghai Hi-Tech Films and Televisions City with global influence, which is located in southern Songjiang, and is part of the G60 High-Tech Corridor.

Film and TV has become one of the pillar industries of the district. In the first half of this year, the district introduced 549 new companies in the industry, surging 124 percent from the same period last year.

"Under the backdrop of increased downward pressure of the film and TV industry, Songjiang District has stepped up efforts in serving film and TV companies, accelerating the introduction and landing of projects, and improving its business environment to fuel the construction of the Shanghai Hi-Tech Films and Televisions City," said Zhao Yong, head of the publicity department of the district.

By May, the district had 33 shooting bases of film and television, gathering more than 6,000 companies in the industry.

On Sunday, a number of projects including the first phase of the Xingkong variety show, film and TV research and development base and the Tencent intelligent film and TV industry base were signed in Songjiang. The former will serve as the shooting base of variety shows, multi-media making center, and music recording base and the latter will be an AI industry park. Both will be based in Songjiang.

Construction on the second phase of the Shanghai Film Park, Haopu Film Base and 1905 International Film and TV Industrial Park has started in the district as well.

A report on the competitiveness index of China's film and television industry was released by Shanghai-based China Economic Information Service, a subsidiary of Xinhua News Agency, on Sunday.

They also advised the introduction of insurance mechanisms that suit the features of China's film and TV industry.