A wagging tail, a friendly woof: Will you adopt me? Xiongda dislikes being caged. When “behind bars,” he barks loudly, but when cradled in human arms, he goes all soft and cuddly.

Xiongda, a 3-month-old puppy, is one of the stray street dogs picked up by police this year. Under a new program started late last year, law enforcement is working with veterinarians and animal welfare groups to find families to take in the homeless animals.

So far, 32 of the stray dogs have been placed in homes, police said last week.

Shanghai’s five dog shelters run by the police take in tens of thousands of stray dogs every year. While a large number of the dogs are dangerously fierce or seriously ill and thus not suitable for new homes, many of the canines are very people-friendly and suitable as pets.

Hu Min, an officer at a police dog shelter in Pengpu Town, Jing’an District, said the new program was introduced to offer easier access for residents to adopt stray dogs and also to educate the public on dog-raising rules.

“Many stray dogs are former home pets that were abandoned by their owners for some reason or went missing because their owners failed to look after them well,” he said. “We call on people not to leave their pets on the streets if they don’t want them anymore.”

About a month ago, Xiongda, a dog of unknown breed popularly known as the “Chinese rural dog,” was identified by a veterinarian as a suitable pet. The puppy underwent a physical exam that showed him in good health. As such, he was accepted by Mary’s Veterinary Center on Hongxing Road while awaiting adoption.

Animal welfare organizations spread the information about Xiongda, and several people signed up to adopt him. The organizations are now visiting the potential adopters in person to make sure that Xiongda will be welcomed by all family members and live comfortably in his new home.

The family that eventually takes Xiongda home will pay nothing for the adoption but is obligated to legally register the pet. After two to three months, volunteers will return to the household to ensure that the puppy is thriving and hasn’t been given away or sold.

So far, about 20 pet clinics have joined the program. Each is allowed to accept up to two dogs from the police shelter at any one time.

Sun Xuemei, owner of the pet clinic where Xiongda has been staying, said companies are donating pet vaccines to the program, but otherwise the cost of keeping the strays is entirely shouldered by the clinics.

“We haven’t started to recruit more partners in the program yet, because we’re looking for additional funding to make it more sustainable for pet clinics,” she said.

Xiongda is expected to go to a new home in about a month; other strays may have a longer wait. Officer Hu said interested adopters are sometimes rejected by the program.

“Expats, for example, sometimes live in hotels or serviced apartments, and for this reason they’re not eligible to own pets,” he said. “Prospective pet owners in Shanghai have to have a permanent address or a legally rented residence.” 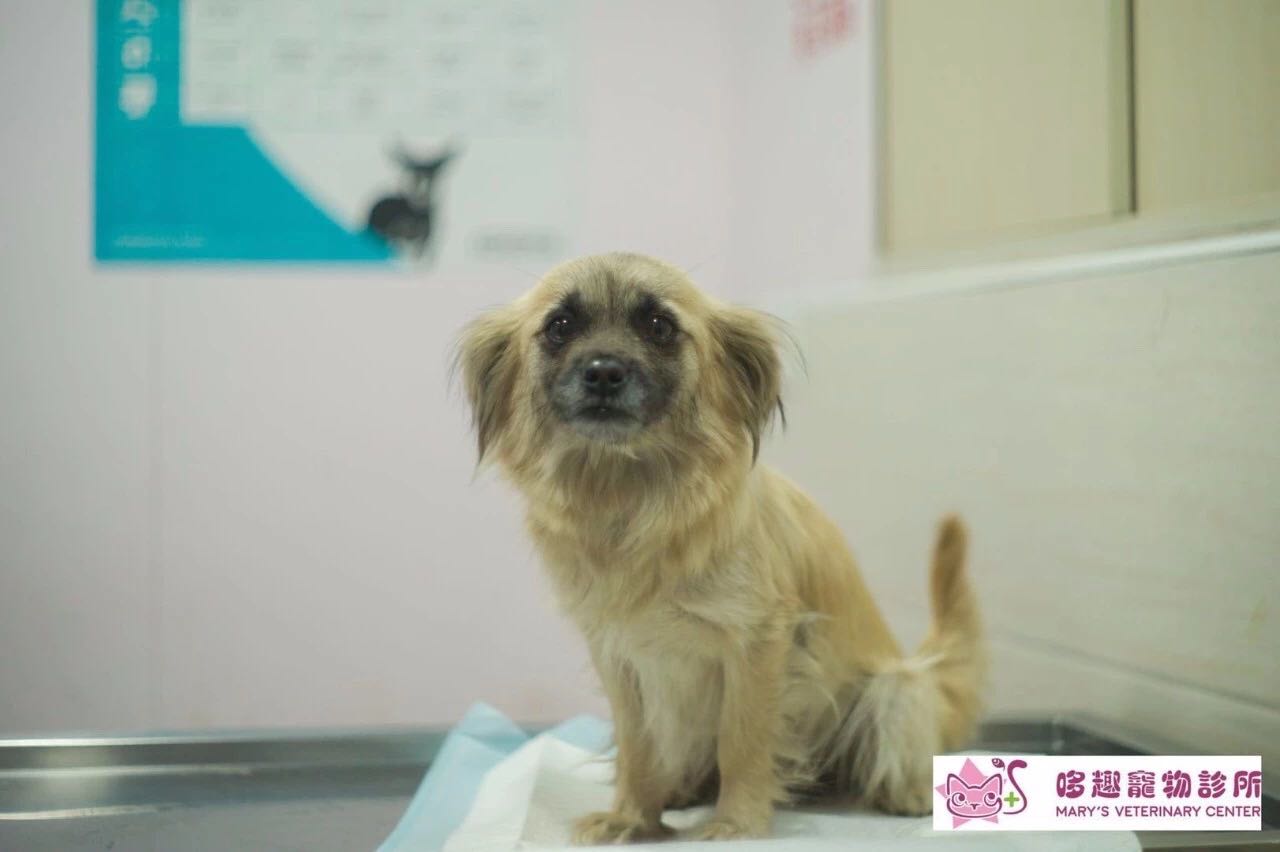 One of those who has adopted a stray is Zhou Minxiu, a woman in her 30s who lives in Songjiang District.

Zhou said when she met A Su at Sun's clinic, her heart went out to the small brownish-yellow 4-year-old “Chinese rural dog.” Two previous dogs she adopted from a pet shop were poisoned to death, she said.

"I was very depressed over their deaths, but when I saw A Su, I knew she would bring me happiness again," Zhou said. "When A Su first came home with me, she often cowered in a corner, avoiding us. But gradually she became part of our family.”

Ji Benlei, a veterinarian at Mary’s Veterinary Center, said the younger an adopted dog is, the better its temperament is likely to be.

“Small puppies are not fierce by nature, but if they hang out with fierce older strays, they may emulate them,” he said. “So it’s best to get them adopted into a family setting as soon as possible.”

An app is being developed to convey information about all stray dogs suitable for new owners. At the same time, the police are revamping their dog shelters so that there will be more space to offer the animals better medical treatment, such as immunizations and eradication of pest infestation. At some point, residents might be able to adopt dogs straight from the shelters.

A special fund to promote pet-raising was established under the city’s Charity Foundation for Volunteer Services at the end of last year. It also supports the stray dog adoption program. The fund operators hold occasional pet fairs to encourage adoption and recruit volunteers.

If owners can’t raise their pets anymore, they can go to the police asking to find them new homes or seek help from pet shops and clinics or animal welfare organizations.

The dos and don'ts of keeping a pet dog

Shanghai police said last week that they have fined about 870 people since May for violating the city’s rules on keeping pets.

In cases where fines are under 50 yuan (US$7.2), police simply issue a notice to the offenders at the scene, provided that the offenders don’t dispute the fine. In the past, all offenders had to present themselves at police stations for further questioning.

Among the infractions are dogs off leashes when outside, no muzzles on larger dogs and failure of owners to ensure that their pets are wearing official dog-registration tabs when walking them in public. Pet owners are also fined for taking dogs to places where they are banned.

Police said they have rounded up 18 percent more stray dogs from the streets in the past two months than from the same period a year ago by patrolling areas where they hang out. They rely on resident tips to find stray haunts.

Police remind dog owners about the rules they must observe if they want to avoid fines:

1. When you walk your pet dog on the streets, you need to make sure that the dog has a leash no longer than 2 meters and that the dog is wearing its registration tag. Larger dogs require muzzling. All dogs should be restrained in crowded places.

2. Don’t take your dog on elevators or stairways that are filled with people. Give way to other people if necessary.

4. Dogs are not allowed in office buildings, schools, hospitals, sports facilities, museums, libraries, cultural and entertainment venues, restaurants and cafes, shopping malls, hotels and waiting rooms of airports or ship and ferry terminals. They are also prohibited from buses and Metro trains.

5. Seek permission from a taxi driver before piling your pet into a cab.

6. If your neighbors complain about your dog barking, you must take steps to address the problem.

7. If your dog is menacing or hurting people, you must take immediate action to stop it. Also, you should never encourage your pet to bother other people. If your dog injures someone, you’re obliged to ensure that the injured person receives treatment immediately and to pay for that treatment.

8. Never abandon a pet dog or dispose of a dead pet on your own.