Six people were prosecuted on Tuesday by the Shanghai No. 1 People’s Procuratorate on charges of money laundering involving over 100 million yuan (US$14.26 million) in total.

During the investigation of a major fraud case involving two of the accused, Sun and Xia, city prosecutors found that their family members, a neighbor and even the neighbor's subordinate were also connected with the case.

According to Chinese law, people who provide their bank accounts, transfer illegal money, convert money into financial instruments and securities, and conduct other activities to conceal illegal property, can be sentenced to five years behind bars. Those who commit gross violations of the law can receive up to 10 years in jail.

Except for Xia’s sister, surnamed Fei, the five accused have pleaded guilty so far and can be eligible for less severe punishments, the procuratorate said.

The cash was gradually taken away by Sun while the gold was thrown by Wei and Jie into a river in Ningbo in August last year, at Sun’s command, to avoid detection by police, the procuratorate said.

Between September and November in 2018, at Sun’s request, the couple (Wei and Jie) also allegedly established a company and legalized Sun’s criminally-obtained money (1.15 million yuan) through fake transactions with another company, whose controller, surnamed Chen, is also related to the case. Sun gave his brother (Wei) nearly 760,000 yuan in returns, the authority said.

Since investigation started in September last year, police have retrieved 10 kilograms of gold from the bottom of the river. Although the rest hasn’t been recovered, Wei and Jie can still be held liable for its disposal, according to prosecutors. 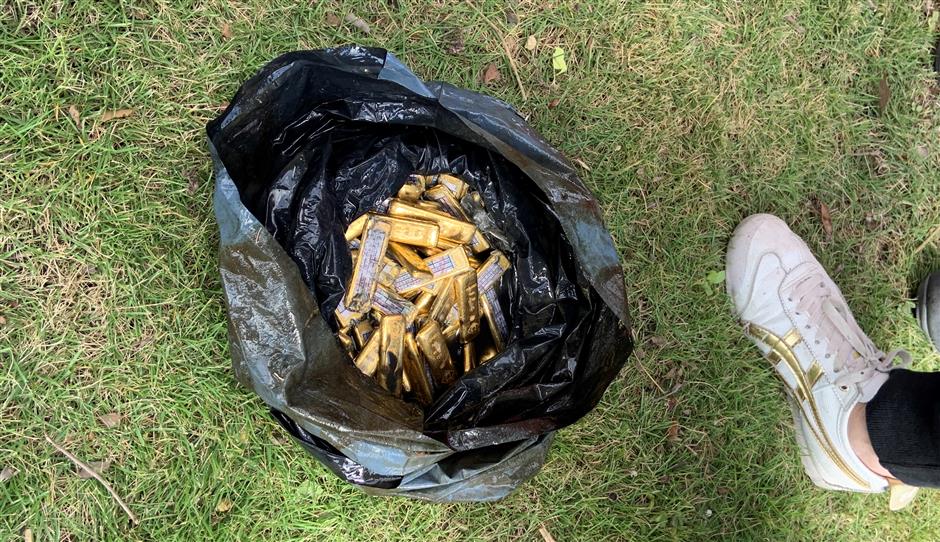 A bag of gold retrieved by police from the bottom of a river in Ningbo City, Zhejiang Province, under the guidance of Sun's brother and sister-in-law. 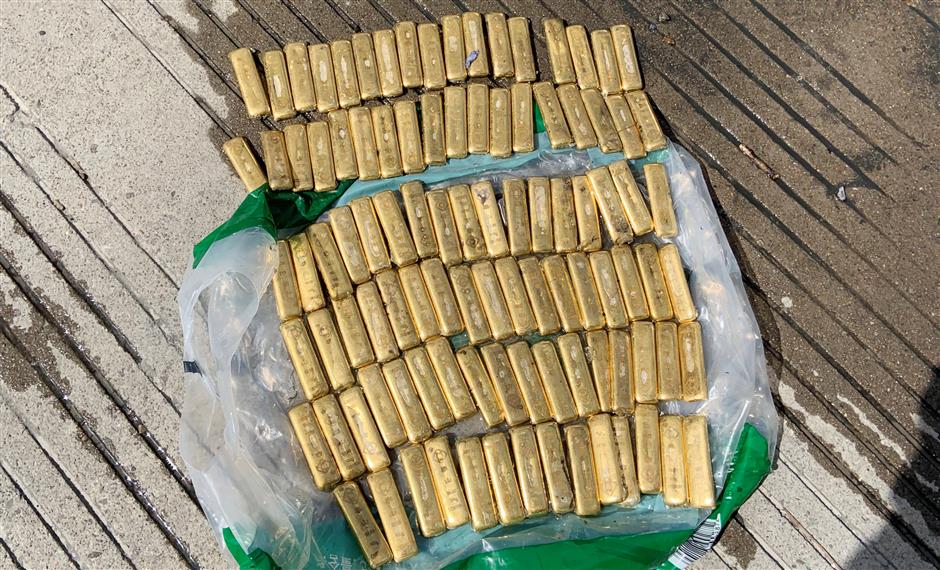 Meanwhile, from 2017 to 2019, Sun’s wife Jia deposited nearly 5 million yuan into over eight bank accounts to conceal the bribery, it added.

Nearly 23 million yuan was transferred to four overseas bank accounts provided by Fei between 2016 and 2019, while part of the money went to Ying’s bank account last year, the authority said.

It added that the 74-year-old Ying, who has several overseas and domestic companies, made fake transactions with Chen’s overseas company to legitimize over 42 million yuan in bribes taken by Xia during the same period. Ying also told Xian (his subordinate) to trade with Chen’s company in order to launder some 4.4 million yuan for Xia between 2018 and 2019, it added.

The authority said that the majority of the money related to Ying had been returned to Xia.

Fei and Wei were arrested by police on July 15 and the other four were handed over for trial, the procuratorate said.

The date for their hearing hasn’t been set yet and further investigations are underway, it said

Central bank governor Yi Gang said last month that China will continue to strengthen measures against money laundering and the national authority has started the process to amend its anti-money laundering law.

Prosecutors say, however, many people have weak awareness of money laundering. Those involved in the current case claim they were only acting to help family and friends, authorities said.

Sun's brother Wei, who dumped gold into a river in order to hide it from authorities, also stated that he did not want to betray his brother. Although prosecutors admitted the faithfulness of Wei, who expressed regret for his actions, he is not qualified for a lenient sentence.

Procurators warn that people should not accept money from unknown origin.

(All names in this story are pseudonyms to protect the identity of the accused.)