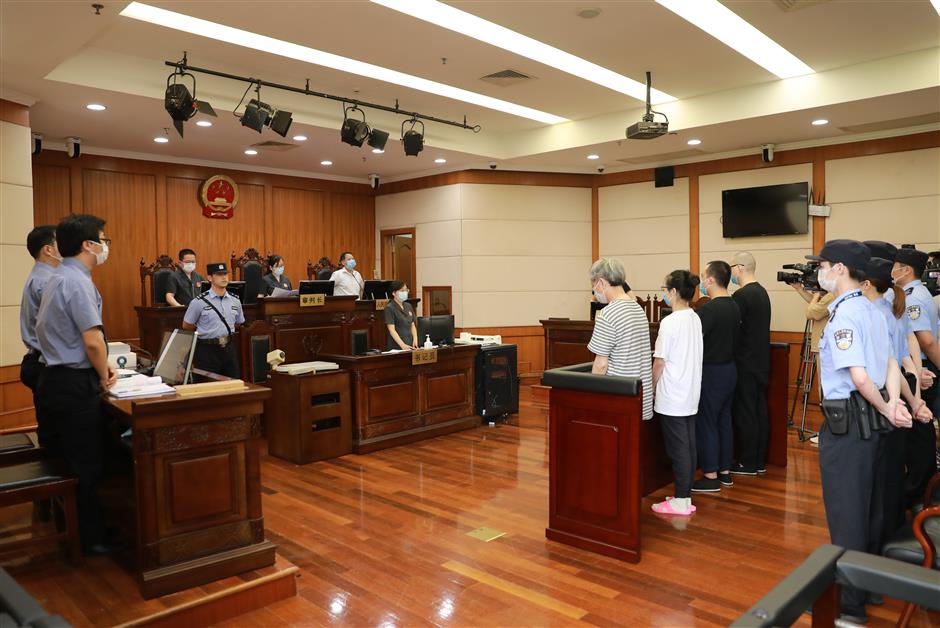 The ruling is part of Dyson's first domestic anti-counterfeiting case. To date, 35 people have been tried in this case since May, the court said. Members of this group have been sentenced to between 18 months and six years, and fined 10.08 million yuan (US$1.4 million) in total, according to the court.

Dyson's hairdrying equipment was approved for use in China in 2010. In 2018, the brand reported to Shanghai police that many fake versions of its hairdryers were being sold online in China.

The four people convicted on Tuesday were all found guilty in the production and marketing of fake Dyson products.

In April 2018, two men, surnamed Fang and Xie, established a company in Shenzhen City, Guangdong Province, and employed a man surnamed Huang as their shop manager. Factories for the company making the fake dryers were opened in Shenzhen and Huizhou City, also in Guangdong, with over 30 workers and production lines for the knockoff products. A man surnamed Yang was put in charge of sales, the court said.

The market price of an authentic Dyson hairdyer should be 2,990 yuan, but the fakes were sold for just 700 yuan, the court said. The fakes were said to cost as little as 120 yuan to manufacture. 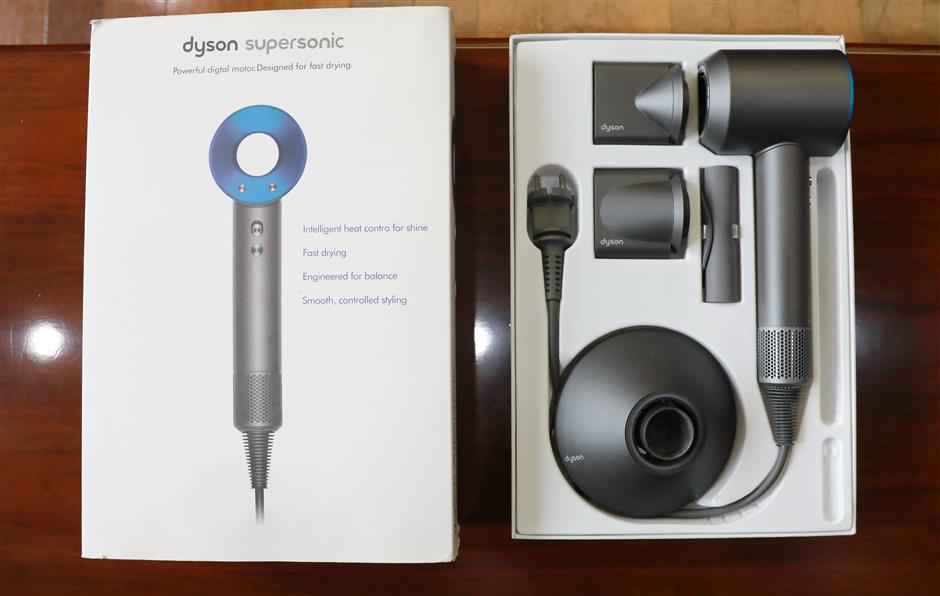 In December 2018, police arrested the four in Huizhou. They also found 277 fake hairdyers and many fittings and packaging materials, the court said.

According to investigators, Fang and Xie’s company sold 19,000 fake Dyson hairdyers, with sales amounting to over 13.5 million yuan. Based on the money involved, criminal motive, economic damage social risk, the four were not eligible for leniency, the court said.

An earlier report said that 36 suspects related to this company were arrested by local police in January last year. Police said the major employed professionals to study and reproduce authentic Dyson hairdryers.

Guo Lang, president of Dyson China, said on Tuesday that fake products have affected the operation of their company and infringe upon consumers’ rights and interests.