An engine of growth with a global vision 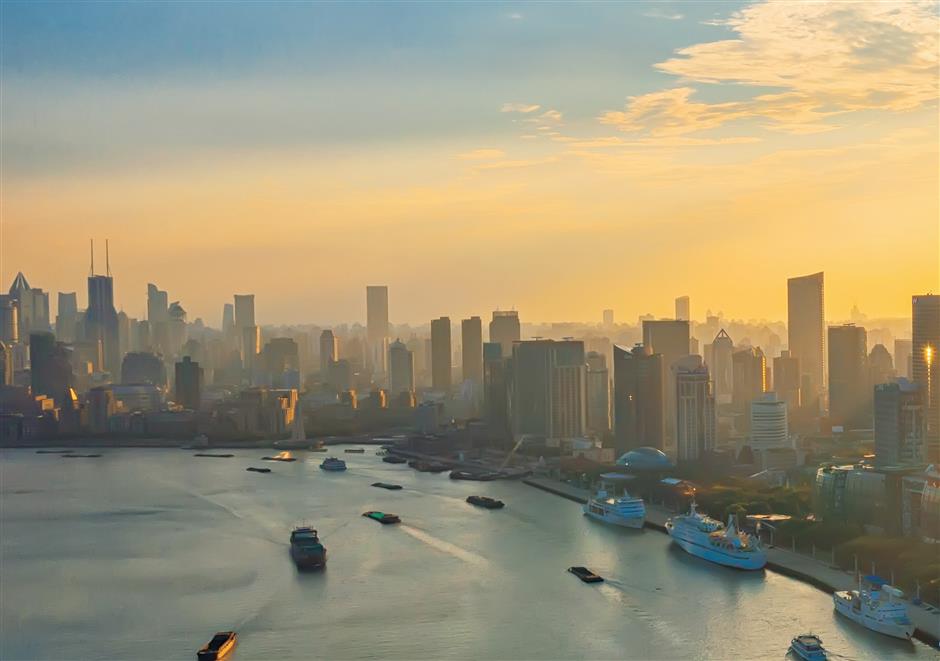 The North Bund Group launched a global recruitment drive for professional managers to oversee a new round of development for the Huangpu River waterfront in Hongkou District.

The group is looking to employ a deputy general manager, with an annual salary of 1-1.5 million yuan (US$214,350), to oversee the urban renewal planning, project development and management for the three-year project. Candidates can download the application form on Hongkou’s official website (www.shhk.gov.cn) and applications must be submitted by August 15.

The new-look North Bund will include a central business district with high-density office buildings and commercial facilities. The riverside region, covering about 4 square kilometers, will meet the same high standard already set at the Lingang Special Area and the Pudong New Area in the east of Shanghai.

It is the first time a state-owned enterprise in Hongkou has looked to hire a manager from outside the region to promote and develop the North Bund region with a global vision.

“We want to invite a business partner and give him a chance to develop the North Bund with us, reward that person with a competitive salary and offer a platform to develop a career,” said Huan Xiang, deputy Party secretary of the Hongkou State-owned Assets Supervision and Administration Commission.

The candidates must be Chinese, have at least eight years’ management experience for large-scale projects and be acquainted with planning and construction sectors’ policies and laws. The post also requires a bachelor’s degree or above on urban planning or civil engineering, senior professional qualification and must be younger than 48 years old, which can be relaxed for outstanding talent.

“Chinese professionals working overseas are welcome to return home to contribute their wisdom to the North Bund,” Huan said.

The recruitment procedures include application, qualification screening, examination, background investigation, interview and physical check. Multiple rounds of interviews will be held along with written exams.

The global recruitment drive also has new posts in engineering and operation supervising, with annual salaries of up to 400,000 yuan. Others on the recruitment list include six internal audit, cost control and financial investment managers on up to 250,000 yuan a year and two assistants on an annual salary of up to 200,000 yuan.

“With the large scale and amount of development and construction tasks, the North Bund hopes more outstanding professionals can take part in the grand mission,” the group said.

A recruitment team will screen resumes as well as hold interviews and written exams on professional knowledge and other capabilities. Twenty candidates will be then selected to enter the next round of interviews.

The Hongkou District government has made 2020 the new starting point for the development on the North Bund. The city government asked it to map out an image of the riverside region within three years, put the region’s various functions in operation and complete the development within a decade.

More recruitment drives will be held for other senior posts after the first round of applicants.

New round of development

Along with the Lujiazui financial hub on the east bank of the Huangpu River across from the Bund, the North Bund forms downtown Shanghai’s “golden triangle.” Riverside regions have been transformed with greenery and walking paths.

The North Bund is already home to more than 1,600 financial companies, with 5 trillion yuan of assets under management, including one-ninth of China’s mutual funds and more than 4,700 shipping-related companies, including COSCO Shipping, Shanghai International Port Group, the China Shipowners’ Association and Costa Cruises.

Ten new financial, shipping and industrial Internet companies signed agreements to base themselves in the North Bund area this month alone. These include the asset-management arms of TF Securities and Baibu, a cloud factory platform for the textile sector.

“The planning for the North Bund is related to Shanghai’s future development and a hotspot to drive the rapid economic rebound nowadays,” Shanghai Party Secretary Li Qiang said.

Li described the riverside region as “Shanghai’s last treasure land,” which requires careful research and planning for every inch of land and every square meter of building.

The North Bund will become a “new engine” for the city’s growth, a “new landmark” to lead the south-north development and a “new model” for the city’s new round of reform and opening-up in a new era.

The new round of planning on the North Bund is the city’s largest scale of project after the development at Pudong’s Lujiazui financial hub in 1990.

To gather wisdom from across the world, Hongkou District government invited global investors and foreign consuls to the North Bund in late June to learn about the region’s blueprint. Despite the COVID-19 pandemic, over 70 of the world’s renowned developers and enterprises have negotiated with the government about the North Bund. Sixty-seven projects with investments of over 30 billion yuan have been gathered for the waterfront development.

During the district government’s recent plenary meeting, Wu Xinbao, the Party secretary of Hongkou, asked every official to think about a vision, spirit, work concept and development mode for the North Bund planning and construction.

“The North Bund not only belongs to Hongkou, but also to Shanghai and the Yangtze River Delta region,” Wu said. “The region should serve the national strategy and be targeted as ‘the world-class parlor’ of the city.”

The district government has studied the development and planning of the world’s top-level central business districts, such as Canary Wharf in London, Manhattan in New York and Marunouchi in Tokyo. The experience of other Huangpu River waterfronts such as Lujiazui, Qiantan, or the New Bund, and the West Bund have been also observed, Wu said.

Wu asked to make efficiency the first principle for the North Bund development. All Hongkou government bodies and subdistricts are required to participate or contribute to the development.

“Every building of the North Bund must be targeted at the world’s top standard,” Wu said.

About 8.4 million square meters of new construction has been designated for the North Bund, equal to the total area of buildings in Lujiazui and both sides of Century Avenue in Pudong.

The new development will consist of more than 200 office buildings, including dozens of top-level office towers capable of accommodating up to 100 multinational corporations’ headquarters, international organizations and functional institutes.

Each building will be equipped with 5G, Internet of Things and Big Data technologies. The buildings will be furnished with air purification systems to control the PM2.5 particles below 30 microgram per cubic meter. The structures will use solar power and other green technologies, controlled by a central power system. Second-floor corridors and underground paths and tunnels will connect the buildings with each other. Office workers will be able to reach their offices from the compartment of a subway train by at most 5 or 10 minutes from the underground garages.

In the future, a 480-meter landmark structure will be built for the North Bund to echo Lujiazui skyscrapers across the river. The new building will become the tallest structure in Puxi and the third tallest in the city, after the 632-meter Shanghai Tower and the 492-meter Shanghai World Financial Center in Lujiazui.

“To ensure the high quality of the North Bund development, we must insist on a global vision and gather global wisdom,” Wu said.

Seven top architectural institutes, such as NIKKEN, Gensler and Foster+Partner, have been invited to take part in the design and planning.

A blueprint for the second-floor skywalk, for instance, will be completed this month, when the planning for the region’s underground space will be finished. Wu Jiang has been leading a research project on the transport, electricity, utility tunnel, sponge city and visual guidance system for the waterfront region.

“The ongoing urban renewal of the North Bund is expected to be the beginning of a new development pattern for the city,” said Wu. “Urban renewal can never be done with a single mission but with eternal and continuous development.”

A “slow walk zone” for pedestrians — nearly half of which will be off limits to vehicles — has been planned. An underground rain-collecting system will be installed to recycle water and prevent the waterfront from being deluged during the rainy season.

Up to 70,000 people will live in the North Bund and 240,000 people will work there. Accommodation will range from preserved historical villas and restored stone-gate houses to residential high-rises. 5G-friendly education, medical, sports and cultural facilities are also planned.

The North Bund possesses other distinctions as well. China’s first electric lamp was illuminated there, and it was the site of the nation’s first telephone call and movie. Due to its ports, the area absorbed culture from China and the rest of the world in the 20th century.

During World War II, shikumen (stone-gate) structures in the North Bund offered a safe haven for many Jewish refugees fleeing the horrors of Nazi Germany. About 23,000 Jews took shelter in the city, particularly in Tilanqiao area.