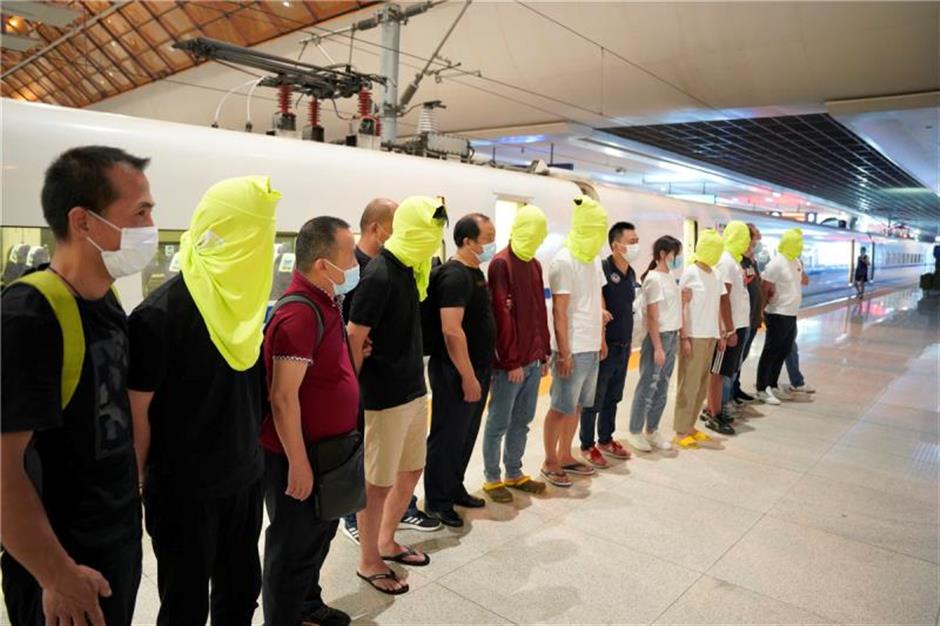 A group of suspects are taken to Shanghai from other parts of China.

Twenty-eight suspects have been apprehended in a fraud case which has cost a Germany company 10 million yuan (US$1.4 million), Shanghai police said on Thursday.

Police in the Pudong New Area started their investigation when the general manager of the company’s Shanghai office contacted them on June 24.

The manager, surnamed Liu, said he received an e-mail from someone he believed was the CEO of the company in Germany. The e-mail asked him to arrange payment from the company's account for a “confidential acquisition project.”

Soon afterward, an English-speaking person who claimed to be a British lawyer called Liu and asked him to transfer 10 million yuan to a bank account in Hong Kong. When the money transfer failed, Liu was given a bank account on the Chinese mainland, into which he transferred the requested funds on June 22.

When Liu was told to pay an additional 26.52 million yuan into another bank account, he became suspicious. He checked with the company’s headquarters in Germany and was told that there was no such acquisition project. He then found that the e-mail address from the supposed CEO was one letter different from the authentic address.

After receiving the report, police froze 7.31 million yuan in 186 bank accounts which were considered to be related to the fraud.

During their investigation, police found that a portion of the money from the victimized company had been withdrawn in bank-counter transactions or was used to purchase gold in an apparent attempt at money laundering.

The suspects were caught in different places in China earlier this month, and 22 of them have been detained.

One of the suspects is questioned by police.