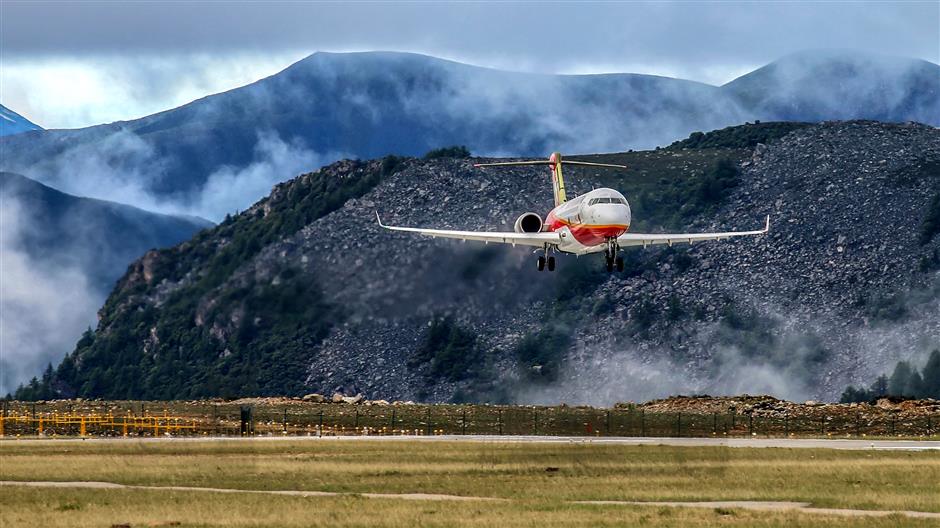 An ARJ21 takes off from the Daocheng Yading Airport in Sichuan Province on Thursday.

The No. 103 jet completed "highest-altitude takeoff and landing tests" at Daocheng Yading Airport in Sichuan Province and flew back to Shanghai.

The test flights showed that the ARJ21, which started commercial operation with Chengdu Airlines in June 2016, can cover all high-altitude aerodromes around the world, said Commercial Aircraft Corporation of China (COMAC), the jet's developer.

The airport in Daocheng County, Garzi Tibetan Autonomous Prefecture, is 4,411 meters above sea level. It was opened in 2013, reducing travel time between the county and the provincial capital of Chengdu from two days by bus to 65 minutes by plane.

The airport is 159 kilometers from Yading Nature Reserve in the eastern part of the Qinghai-Tibetan Plateau. Yading is known as "the last Shangri-La" and "the last pure land on the blue planet" for its scenery.

China has 19 high-altitude airports, more than any other country in the world. ARJ21 designers considered the requirements of high-altitude takeoff and landing to meet the demands of China's mountainous western regions, the COMAC said.

Before the tests at Daocheng, the jet conducted test flights at the 2,842-meter-high Geermu Airport in June 2013 and the 2,905-meter-high Haixi Huatugou Airport in September 2017. Both airports are in northwest Qinghai Province.

The latest tests further verified the reliability and operation quality of the ARJ21, the COMAC said.

Since the jet, which has a range of up to 3,700 kilometers, started commercial operations with Chengdu Airlines in June 2016, it has connected 56 domestic and international cities.

Orders for the ARJ21 total about 600 units from over 20 domestic and international customers, according to COMAC. 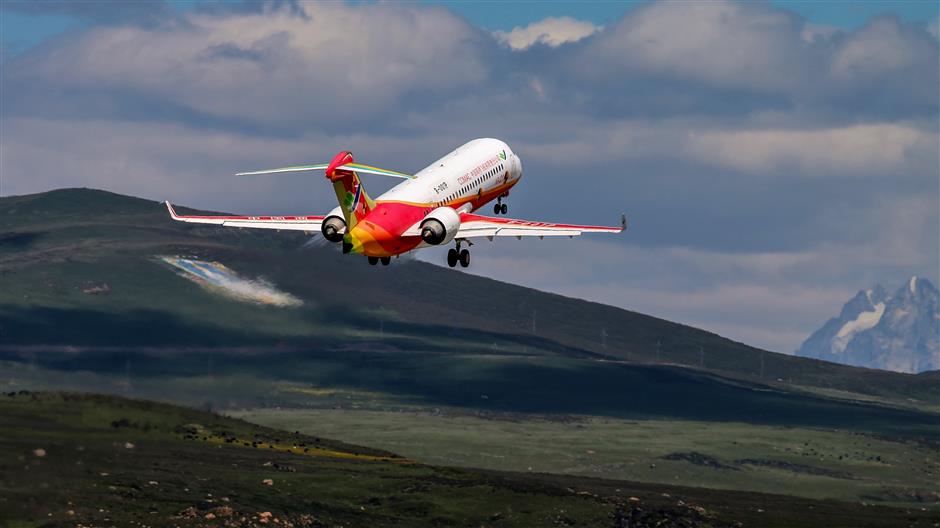 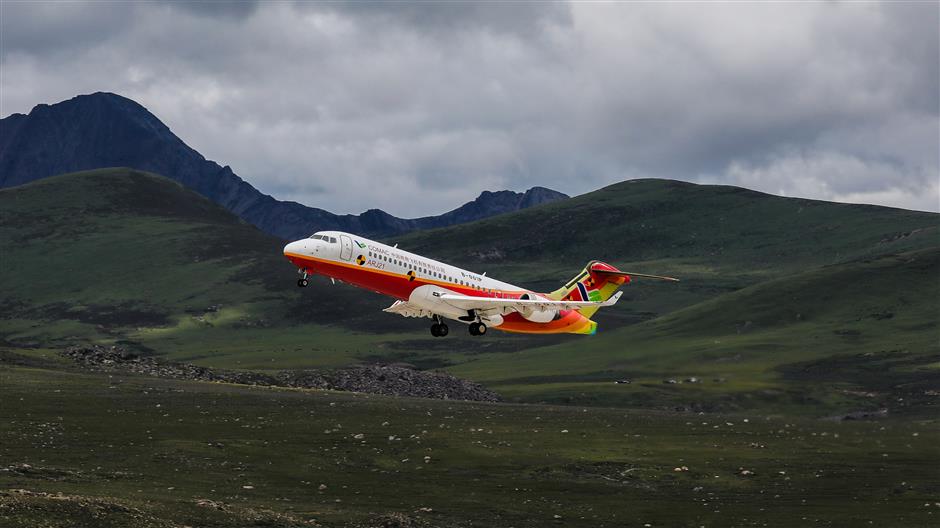