Operators of tourist attractions in Lin'an, in Hangzhou City, signed cooperation agreements in Shanghai on Friday with 13 travel agencies in the region, and the latter will bring about 10,000 tourists from the Yangtze River Delta region to Lin'an under the deal.

The free passes are worth 1,500 yuan (US$214) each. They will be distributed to residents in the region, promising unlimited admission to destinations such as Tianmu Mountain, Daming Mountain, Tianmu Grand Valley, Baishui Stream and Qingshan Lake scenic areas through the end of this year.

The passes will be distributed by travel agencies.

Half-price coupons to minsu (Chinese-style B&Bs) in Lin'an will also be distributed.

Lin'an has 35 tourist attractions and will step up its integration into the region by beefing up cooperation with Shanghai and cities like Nanjing and Suzhou, officials said. 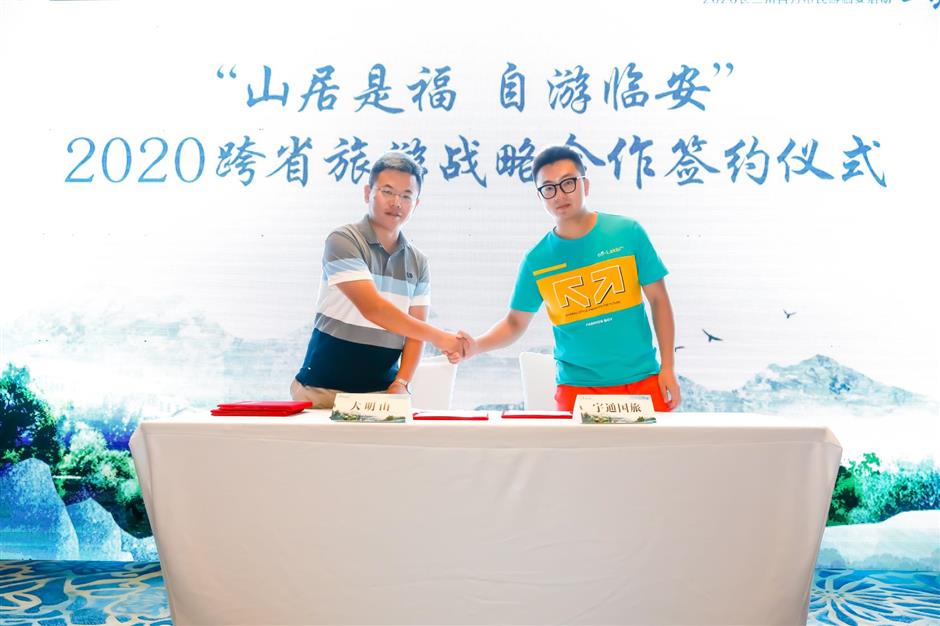