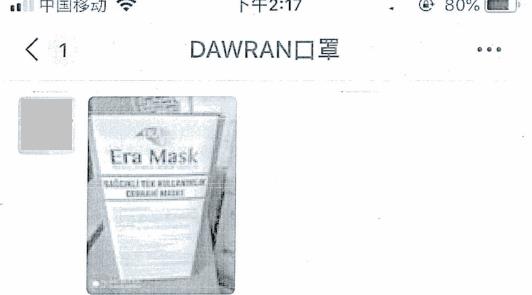 More than 140,000 substandard face masks imported from Turkey were sold illegally in Shanghai, a court in Yangpu District heard on Friday.

The retailers were prosecuted on Thursday and the arrest of the manufacturer has been approved but is still at large, the court said.

A woman, surnamed Wang, told police recently that she had bought 20,000 such masks but had lost contact with the seller.

She had seen an advertisement for the masks on WeChat Moments at the end of February. It said the masks were for medical use and cost 2.7 yuan (38 US cents) each. At that time, medical supplies, including masks and hand sanitizers, were in short supply in the city.

She understood they were three-layer masks but when she received the delivery, she found them thin and flimsy.

"It can be damaged by a gentle pull," she said.

The court heard she had been deleted by the seller after she said she wanted a refund.

Police arrested two sellers, surnamed Li and Qian, at the end of March. Li said she had bought more than 140,000 masks in February from a friend who made the masks in Turkey.

The court said that the masks cleared customs as they were declared as not for medical use.

Because of the shortage, Li quickly sold out, making over 400,000 yuan.

Li said that if a buyer asked for a certificate for the masks, she would send them an English test certificate provided by her friend.

She also sold the masks to the middlemen, including Qian, at 0.01 yuan each, and those masks could be bought at pharmacies and e-commerce platforms at around 3 yuan each.