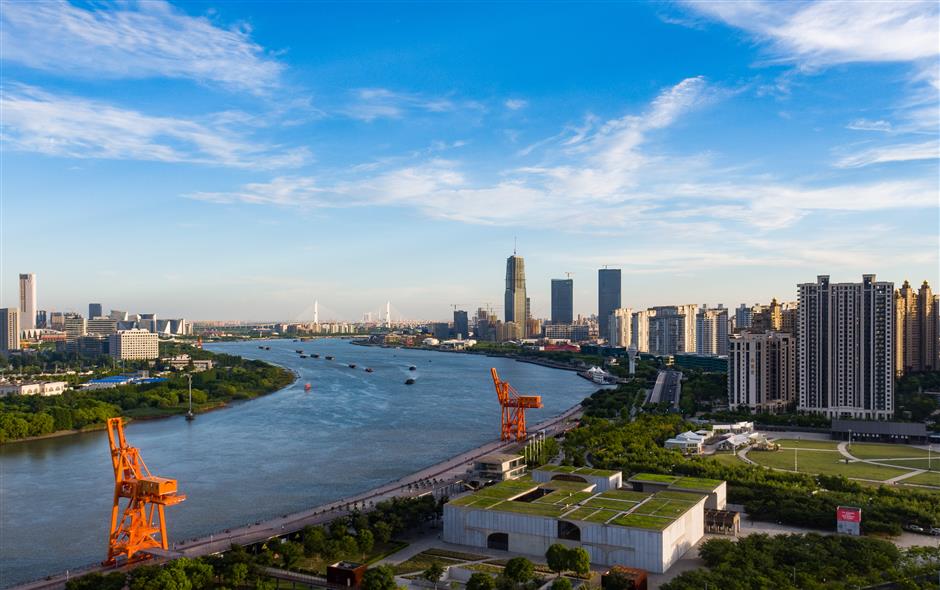 Xuhui District is developing an ambitious plan to make the West Bund a leisure area, fenceless museum, a financial center, and an innovation incubator.

Over the past ten years the 11.4-kilometer Huangpu River waterfront of Xuhui has been transformed from a backwater dotted with walled-off factories to a rendezvous adorned with art venues.

The 8.95-kilometer section of the West Bund has been returned to the public, with 500,000 square meters of public spaces for people to jog, ride bikes and walk dogs.

The area reflects the city’s industrial heritage, once home to the city’s earliest iron, coal, grain and oil industries. The former coal wharf, cement factory and giant fuel tanks have been converted into popular cultural venues such as the Long Museum, West Bund Art Center and Tank Shanghai art park.

The West Bund Museum has signed a five-year cooperation agreement with the Pompidou Center in Paris, home to Europe's biggest collection of modern art.

Also, last year, the West Bund held the first Shanghai International Artwork Trading Month. It built up a complete industrial chain in the district and created trades in artwork worth more than 10 million yuan (US$1.43 million).

“Here, you can enjoy beautiful greenery and river views on any walking path,” said Bao Bingzhang, Party secretary of Xuhui. “Also, century-old industrial structures have been granted a new lease of life.”

By the end of this year, 20 pavilions will be built on the waterfront to meet people’s demands, such as have a rest, hear lectures and watch exhibitions.

It is part of the district’s West Bund Service Space project, a unified platform of public service systems combining the service of the Party, voluntary, and convenience.

“It will be a professional brand with unified image and operation," said Chen Anda, general manager assistant of Shanghai West Bund Development (Group) Company. "We hope it can service the entire community of people living and working in the West Bund." 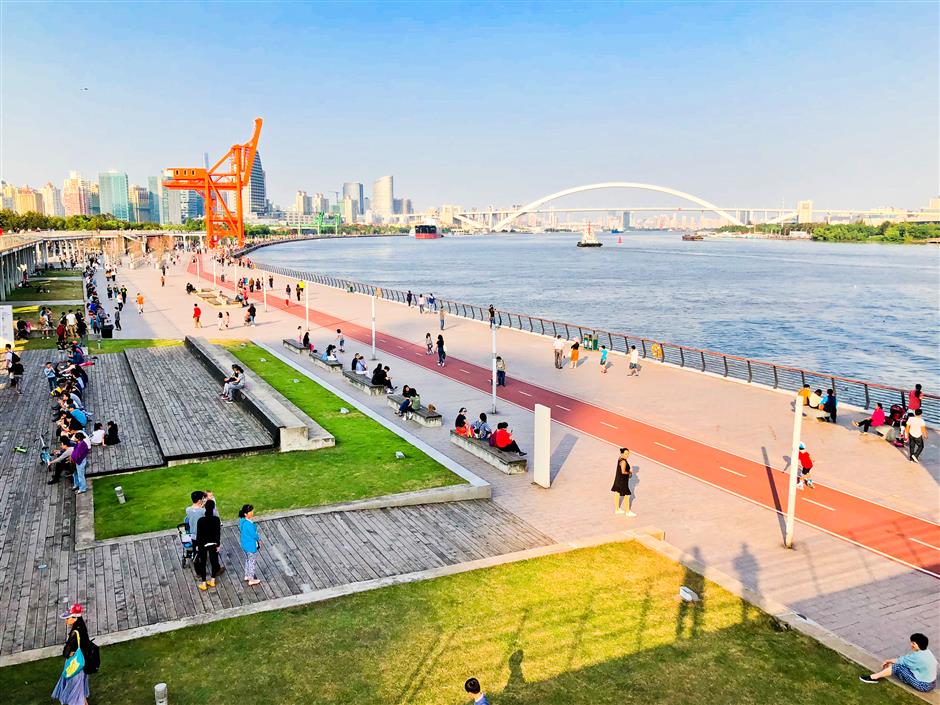 The West Bund is also creating an innovation ecosystem, backed by artificial intelligence, life sciences, media and art, and technology and finance.

One highlight is the AI Tower, part of the area’s blueprint to build an “Intelligence Valley.”

With a total building scale of 500,000 square meters, it will be constructed as an artificial intelligence development platform, integrating office headquarters, international communications, demonstration applications, display experiences, incubation and transformations.

“We will have 20 enterprises and 3,000 staff move in, and we are willing to provide complete services for companies in different development stages in the future,” said Chen Yin, deputy general manager of Shanghai West Bund Development (Group) Company.

Regional headquarters of Tencent, China Central TV and Hunan Satellite TV will lead the development of the West Bund Media Port. While the under construction West Bund Financial Center will become the city’s new landmark, aiming to be comparable with the Hudson Yards in New York and Canary Wharf in London.