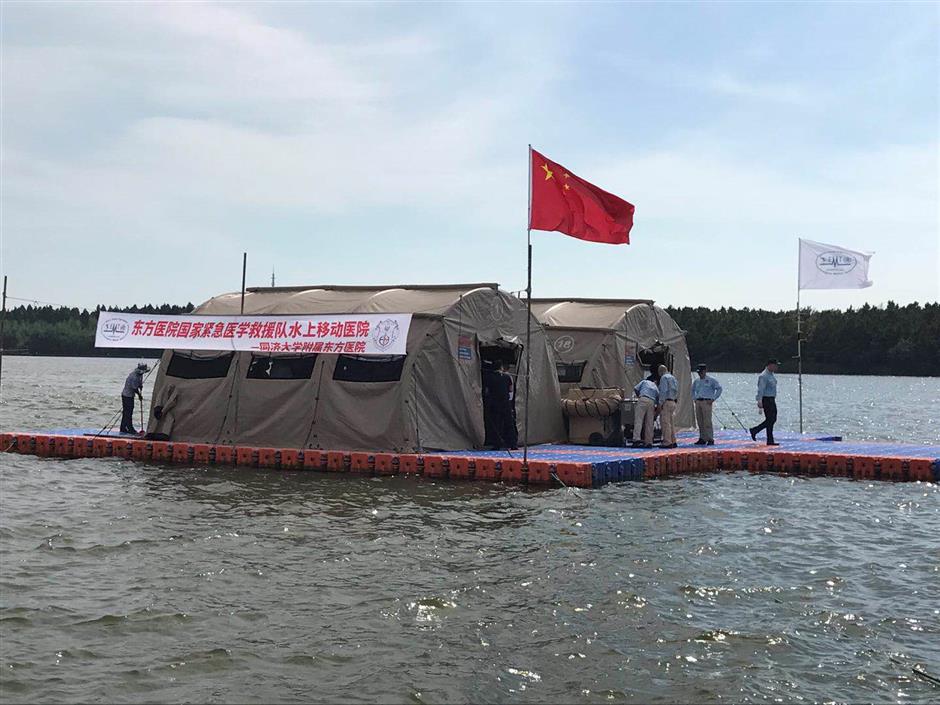 The floating hospital is readied.

A temporary tent hospital erected on a pontoon was trialled in the city on Sunday.

The design is intended to be used in emergency situations such as flooding.

The project led by Shanghai East Hospital consists of a floating platform and two tents, which have an intensive care unit, surgical rooms and wards with negative air pressure.

“It is an initial design and we will further perfect and renovate the equipment gradually to improve its function and ability,” said Liu Zhongmin, president of Shanghai East Hospital.

The hospital sent teams to Wuhan to establish a makeshift hospital during the novel coronavirus epidemic.

The hospital teamed with Shanghai Huaqi Water Engineering Co and the Architectural Design and Research Institute of Tongji University to conduct research on engineering, materials and medicine to create the temporary hospital.

“There is a rising demand for medical aid on water," Liu said. "But boats can’t move quickly and freely, especially during emergency rescue in flooded urban areas.

“This project with a floating platform and medical tents is to build a removable hospital, which is more convenient for installation and also meets the requirement of safety and mobility."

According to the designers, the hospital can be transported conveniently, assembled quickly and installed in different kinds of waterways, especially flooded urban areas and narrow rivers for immediate medical use.

The hospital can be used for emergency surgery, imaging, clinical tests, first aid and patient care.

The materials for the floating platform are newly developed to meet the demand for low weight and high intensity. They are strong enough to withstand typhoon conditions. The new materials for the medical tents are designed for quick installation, officials said.

A drill was carried out on Sunday, when the temporary hospital was installed and put into use immediately in Shanghai's Chongming District. Speed boats were used to take participants to the hospital. 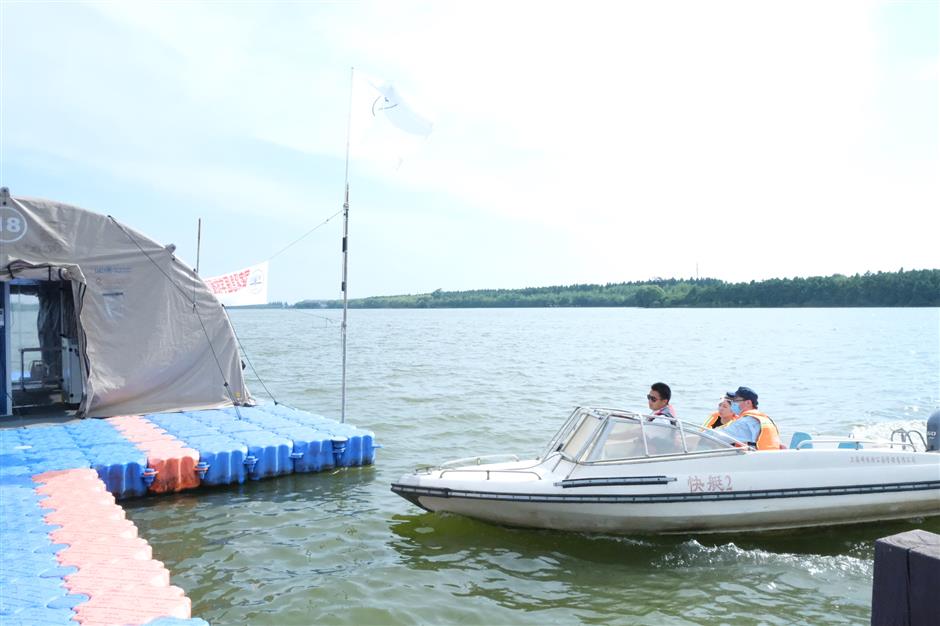 A speedboat arrives with participants during the drill. 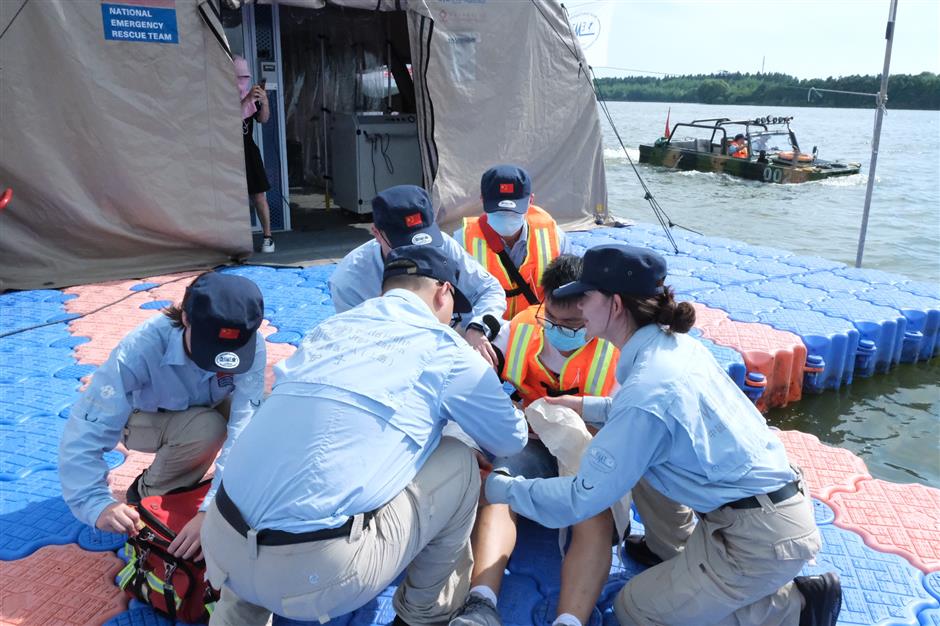 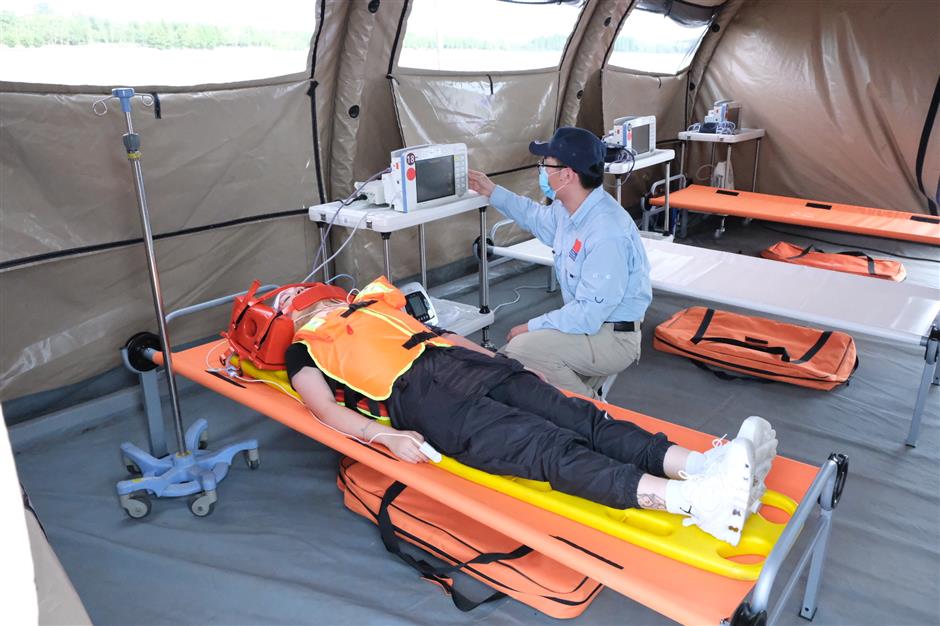 The temporary hospital has the latest technology.