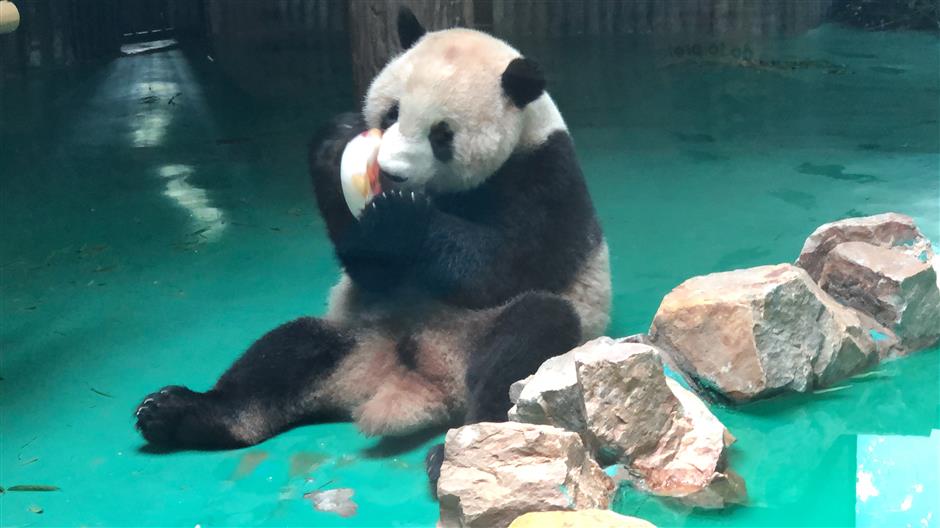 A giant panda enjoys the zoo's version of ice cream. 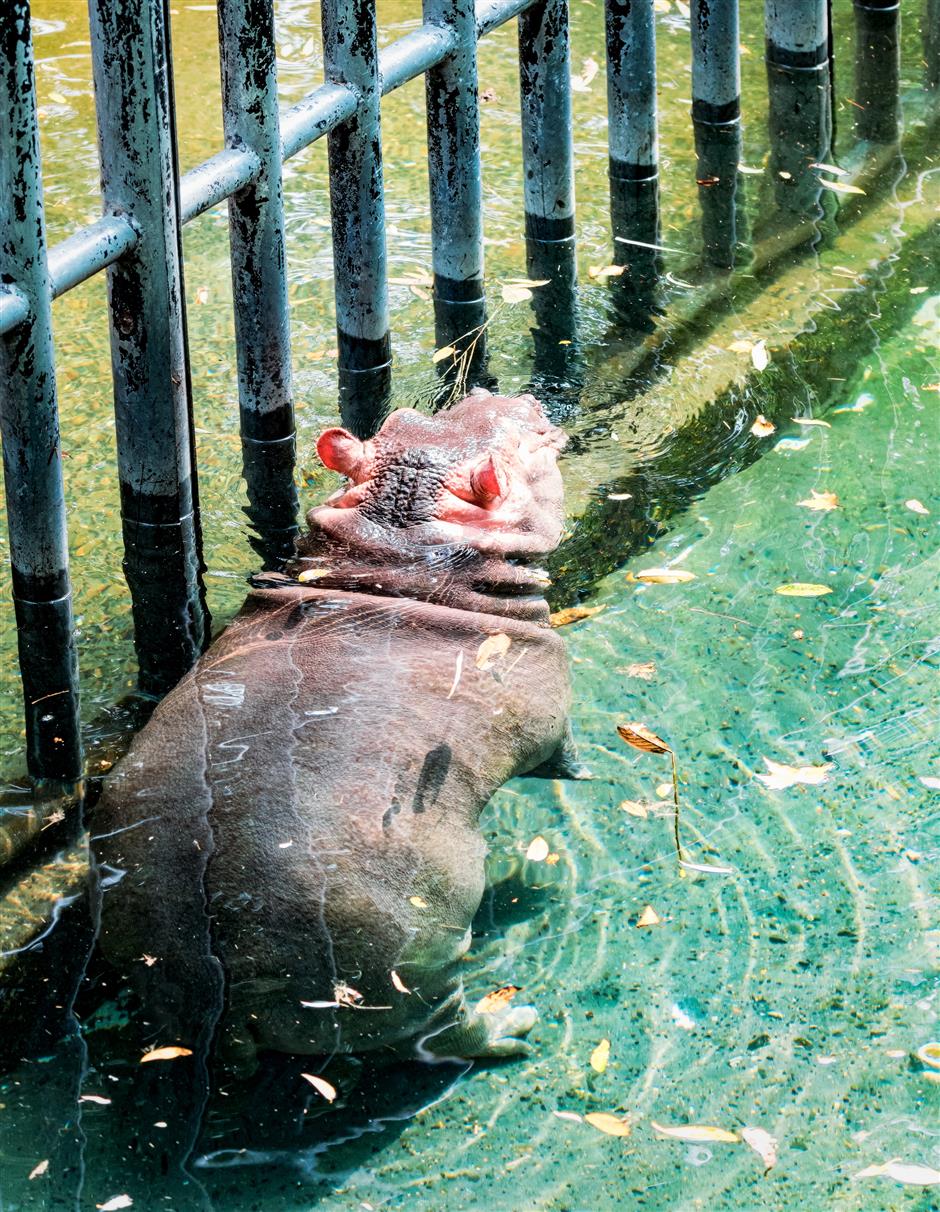 Hippos spend most of their time in the water.

As temperatures rise, the animals at Shanghai Zoo in Changning District are being sprayed with water, the air conditioning it switched on and there’s even “ice cream” to help them enjoy a cool summer.

Sprayers are turned on every 15 minutes, helping zoo inhabitants such as parrots and squirrel monkeys survive the sizzling weather.

Air conditioners have been switched on for the zoo's stars, giant pandas He Feng and Xing Guang.

They are given chilled fruit treats, with apples cut into pieces and put in water to be frozen overnight.

Iced fruit has become one of their favorite foods, said the zoo’s Pan Xiuwen. 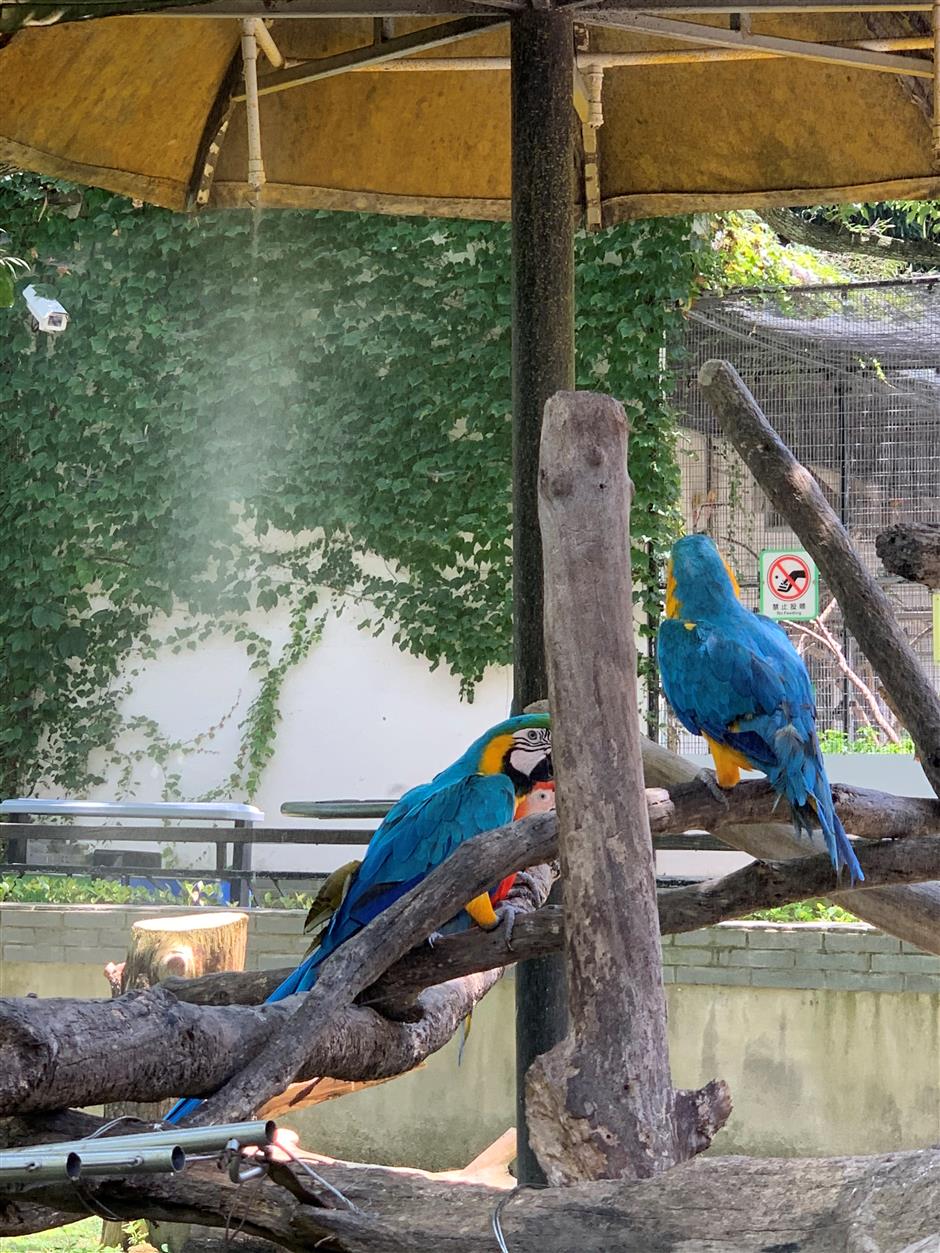 Parrots are sprayed with water in the intense heat of the summer. 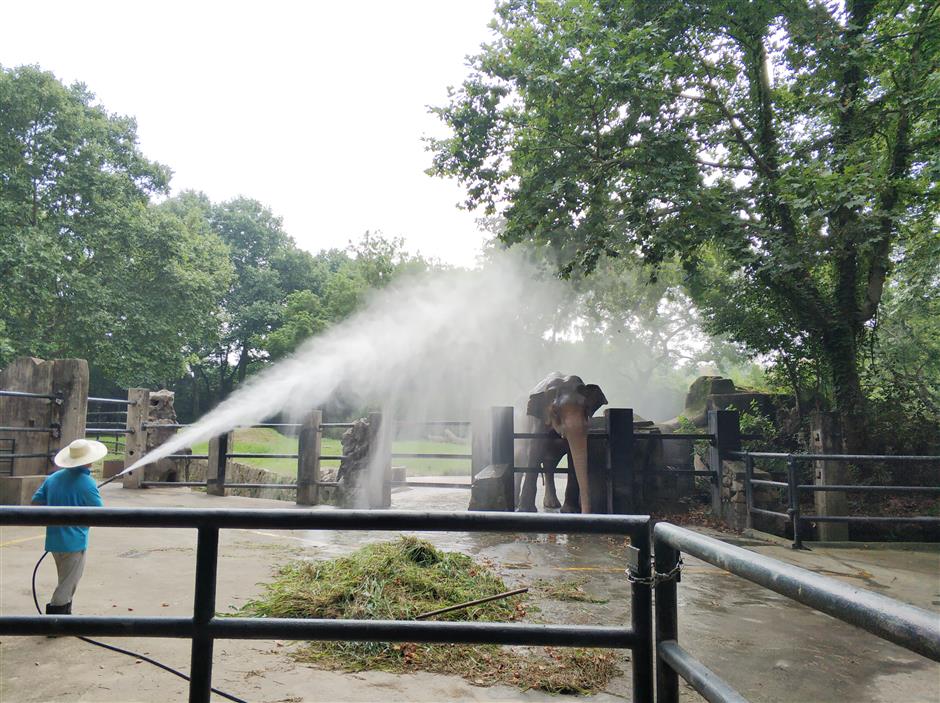 An elephant takes a shower at the zoo.

Where the jackass penguins live, air conditioning is kept at a constant 23 degrees, the most comfortable temperature for them.

In the early morning, when it is relatively cool, they are allowed out for a stroll.

Muntjacs and giraffes are treated to watermelons, which are eaten immediately.

Elephants are served with a large watermelon at each meal.

Fruit and vegetable ice lollies are an extra dessert for primates such as the golden monkeys.

"We have also fed them with juicy fruits like watermelons and tomatoes to increase the supply of carbohydrates and vitamins and maintain their body water balance," said Pan. Capuchin monkeys are treated to freshly squeezed watermelon juice which has been frozen.

A monkey enjoys a cooling spray of water. 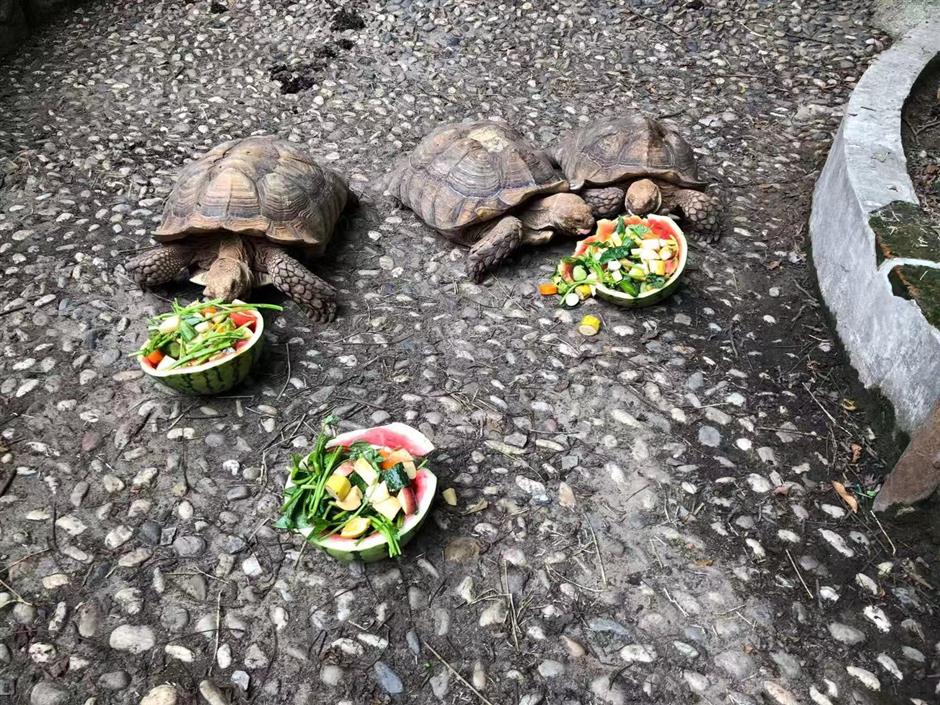 Tortoises are treated to watermelon rind mixed with vegetables.

Shading boards and mesh are used to provide a cool place for birds.

South American tapirs hide under water. Alpacas have been sheared before summer, but that’s not enough so they bathe themselves in a newly built pool.

Hippos at the zoo only go ashore for food, spending the rest of the time in the water.

Shading boards and mesh are used to provide a cool place for birds.

Aldabra giant tortoises are served watermelon rind mixed with vegetables to create a healthy meal, and they are watered to cool them down.

New ventilation facilities have been installed at the python area, together with a spray system. 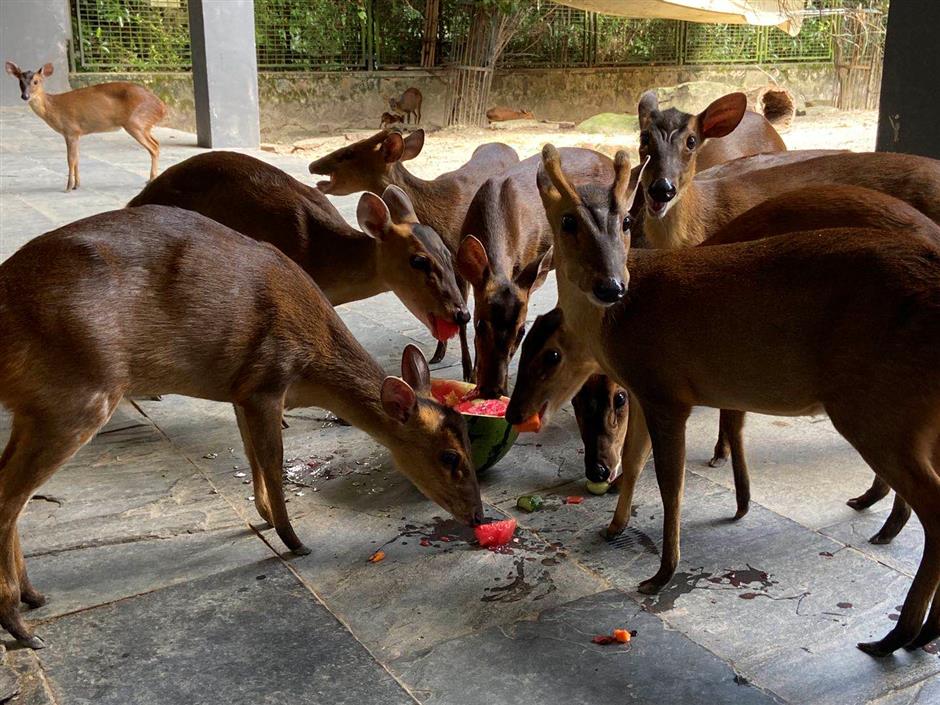