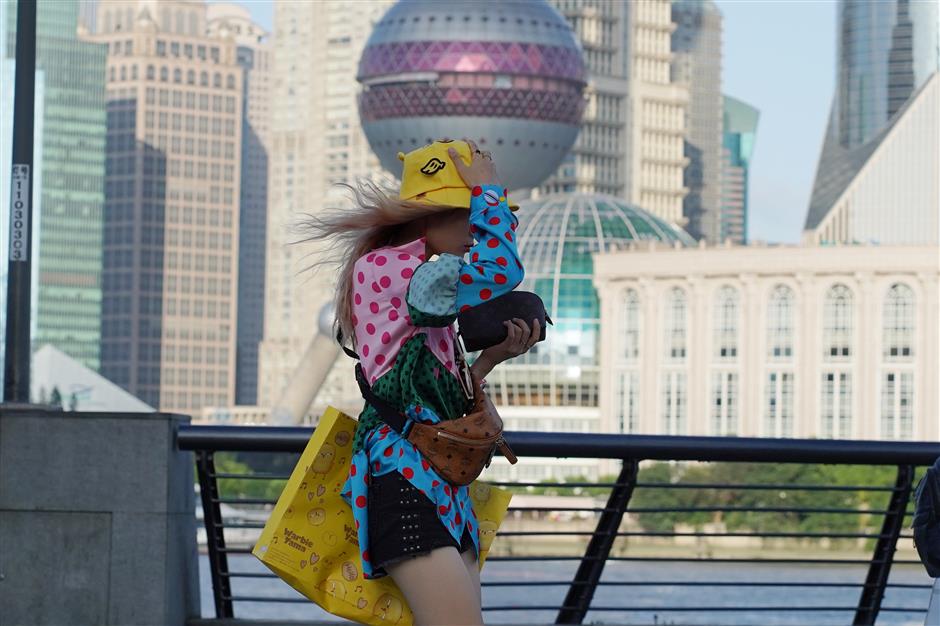 A woman hangs on to her hat to as the wind rises on Monday.

A blue typhoon alert, the lowest in a four-tier system, was issued at 6:30pm on Monday by the city's weather bureau due to typhoon Hagupit.

Hagupit was upgraded at 2pm with a wind force 117 to 134 kilometers per hour and the intensity still increasing, Shanghai Meteorological Bureau reported on Monday.

It is expected to land in neighboring Zhejiang Province on Monday night or Tuesday morning. The maximum wind force in Shanghai’s coastal areas will reach 75 to 88 kph on Monday night and 89 to 102 kph in Yangshan Port, sufficient to uproot trees, the bureau said.

Sixty trains leaving from or stopping at Shanghai's two railway stations have been halted or will suspend operation on Monday and Tuesday due to Hagupit, China Railway Shanghai Group announced.

Full refunds will be offered to ticket holders.

Schedules will be adjusted according to how the typhoon develops.

At 5pm on Monday, Hagupit was about 530 kilometers southeast of Shanghai and moving northwest at 25 kph, according to the Central Meteorological Observatory.

It is expected to bring rainfall and a modest decline in temperature on Tuesday.

The Shanghai bureau issued a yellow alert, the third-highest in the four-tier system, for heat at noon on Monday, with a temperature of 35.1 degrees Celsius recorded at the Xujiahui meteorological center in Xuhui District. The high on Tuesday will be 32 degrees with thunder and showers but gradually rise to 37 degrees on Sunday, it said. 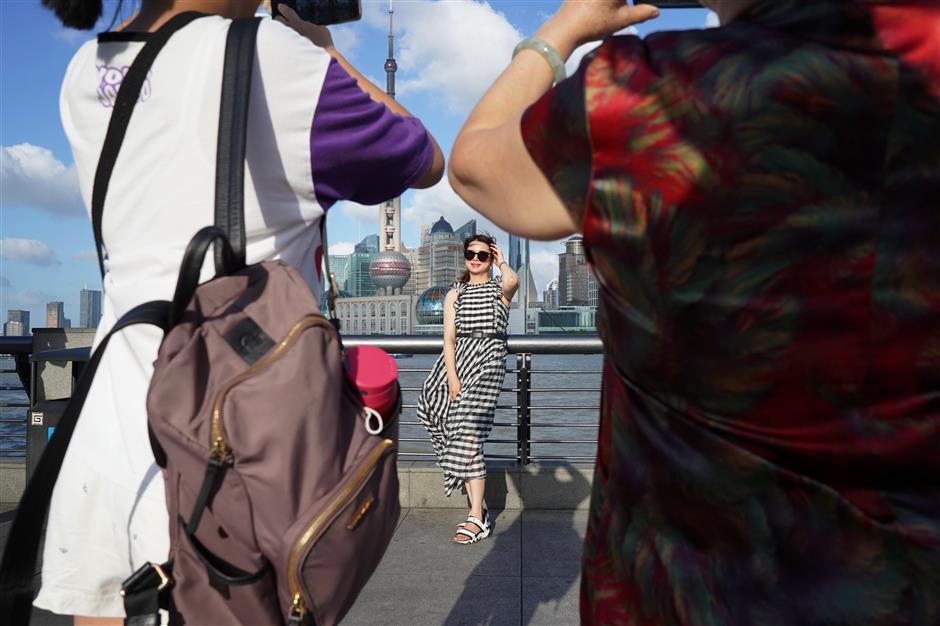 Visitors to the Bund on Monday take pictures in the wind as it gathers speed.