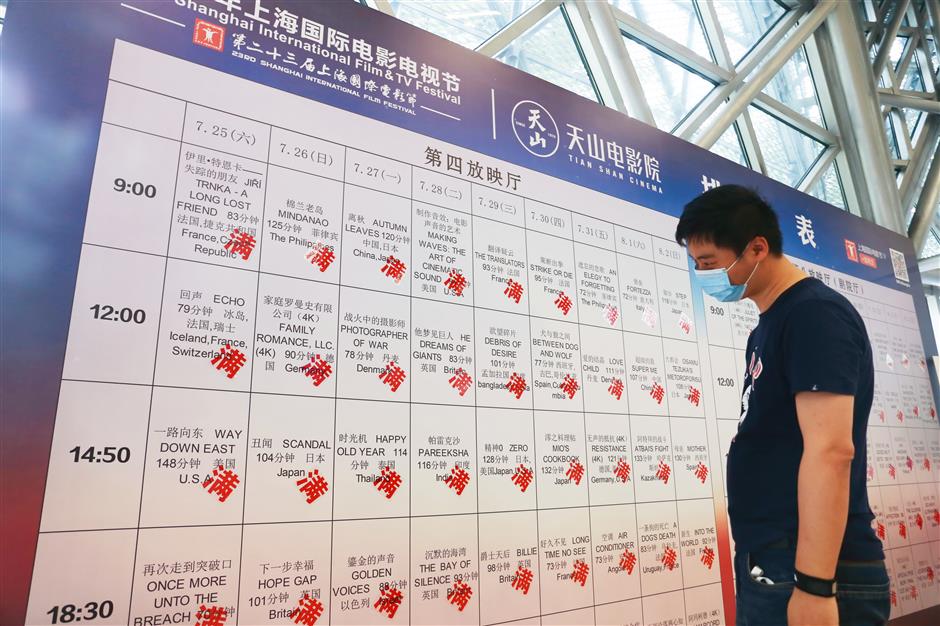 A man looks at the screening schedule at Shanghai's Tianshan Cinema on July 26. Tickets for all the films had been sold out.

China wrapped up the Shanghai International Film Festival on Sunday, sending a positive signal that the world's second-largest film market is making a steady recovery.

With much of the world in the grip of COVID-19, the 23rd SIFF was something of a rarity among category-A film festivals, as most foreign festivals were postponed or shifted their main events online.

The SIFF was shorn of the star-studded red carpet and awards ceremony, with nominees for its two major film awards announced but no winners selected. However, the nine-day event still screened 320 Chinese and foreign movies, bringing more than 147,500 viewers into the city's cinemas. 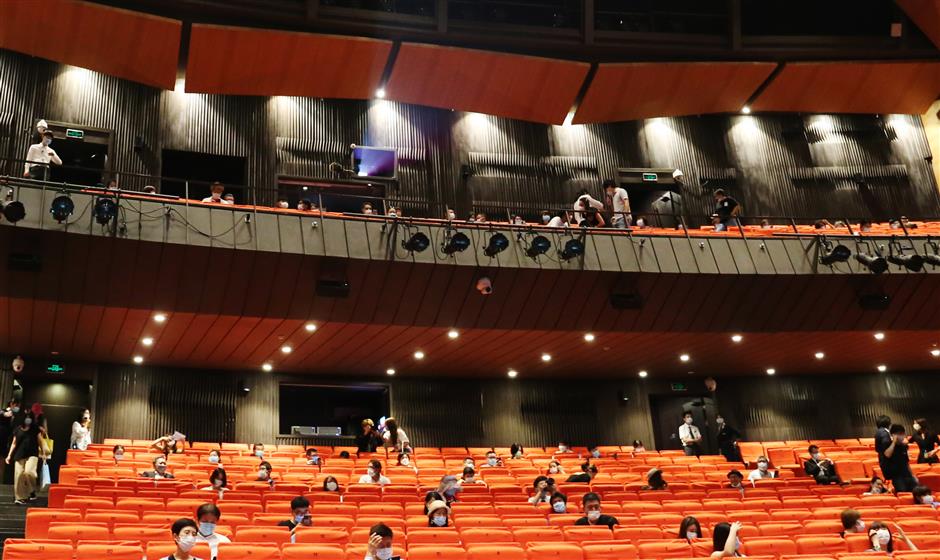 Movie goers sit apart from each other at Shanghai's Tianshan Cinema on July 25.

The film pageant has been hailed as spearheading the revival of the Chinese film market after the country lifted a months-long closure of cinemas amid the waning epidemic.

Yet other figures suggested the enthusiasm of the market was yet to be unleashed. The SIFF started ticket sales on the same day, and saw 100,000 tickets sold in 10 minutes.

On July 25, when the SIFF raised its curtains, the Chinese mainland box office took 33.7 million yuan, and on August 2, when the festival concluded, the figure was 50 million yuan.

"The audience's enthusiasm has survived (the epidemic), which is the best news for the movie industry," said Yu Dong, chairman of Bona Film Group, who urged the industry to boost production to make up for the half-year lull caused by the outbreak.

Ticketing platform Taopiaopiao, for instance, updated its system to conflate the 30-percent cap on ticket sales with the requirement of selling non-adjacent tickets on the very day that cinemas reopened, Li said, hailing the rapid innovation that took place during the pandemic.

The film festival also gave a boost to the market warm-up. In Shanghai, 271 movie theaters, or 70 percent of the total, have reopened, compared with 148 at the start of the event. A total of 1,146 screenings for SIFF movies were held, with over half of the viewers being aged below 30, indicating a comeback of an age group with strong ticket-purchase power.

Fu Wenxia, managing director of the Shanghai International Film & TV Events Center, said it is of special significance that the SIFF was held five days after cinemas were allowed to reopen.

"With bargain tickets and abundant film options, the film festival gave lots of encouragement to movie fans. Holding it at this time serves to warm up the recovery of the national market," she said. 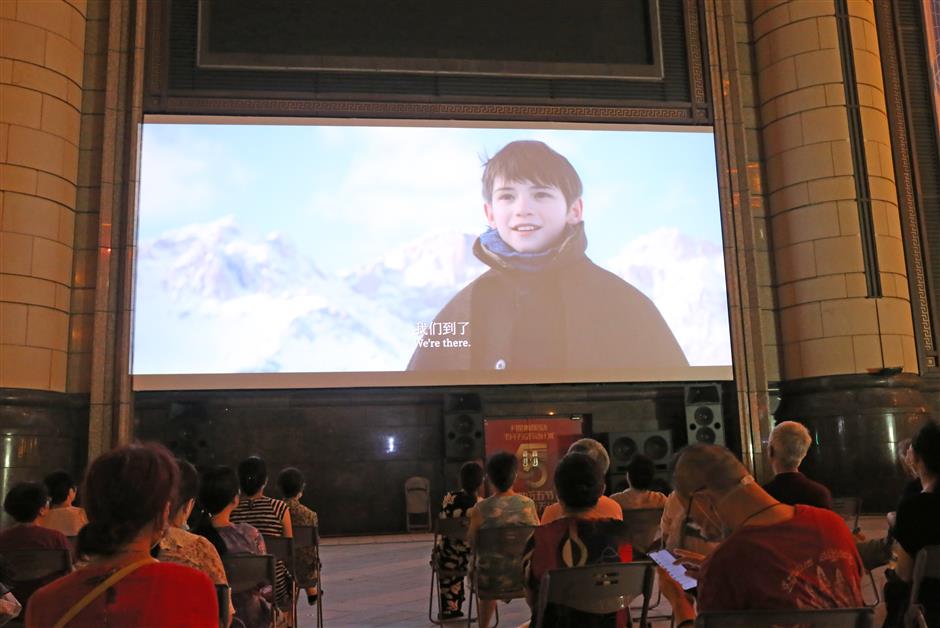 Local residents watch a movie during an outdoor screening at the Global Harbor shopping mall on August 1 in Shanghai.

This year's SIFF was also watched closely for the implementation of a raft of anti-virus measures that kept cinemas operative amid the lingering COVID-19 infection concerns.

In the run-up to the festival, Shanghai's cinemas stepped up disinfections, as well as rehearsals of new practices, such as registration of viewer information and handing out free tissues to clean 3D glasses, officials and industry practitioners said.

Some of the activities were moved online, including forums attended by international filmmakers and an online market for films and TV programs.

Such arrangements ensured little disturbance to the event, despite concerns over new cluster infections in China's Xinjiang, Liaoning and Hong Kong, a success that has boosted confidence in the movie sector.

"Without China's success in epidemic prevention and control, it is hard to imagine that we could be gathered here today," said Chinese director Jia Zhangke. "On the other hand, it demonstrates the tenacity of China's movie sector."