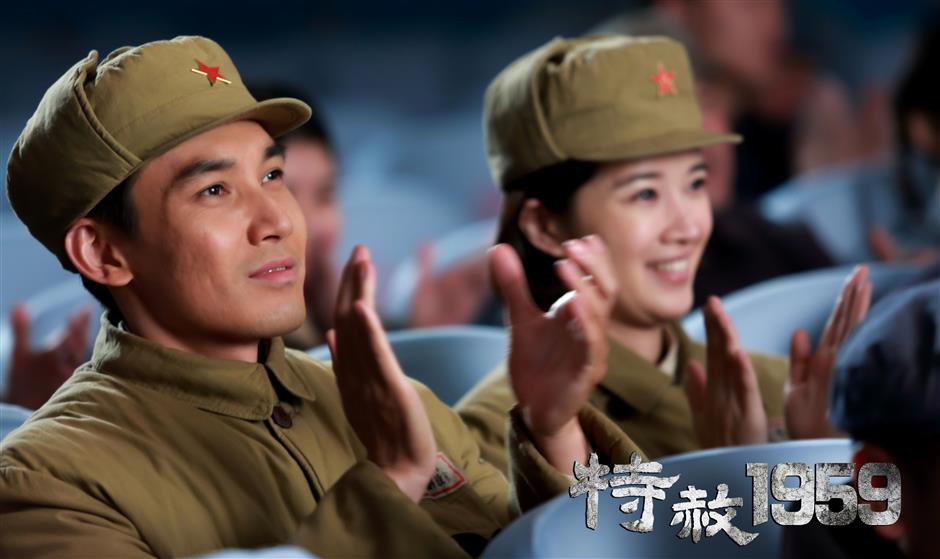 An image from a new Internet film from a Putuo-based company this year.

Shanghai's Internet film sector is thriving amid the coronavirus pandemic which has brought great impact to local cinemas and the traditional movie industry.

As part of the Shanghai International Film and TV Festival, the annual Shanghai Internet Film Summit was held both online and offline in Putuo District on Tuesday to tap the rapid development of China’s online film sector.

Many popular Internet films emerged during the first half of the year, according to the organizer of the summit. Some films originally scheduled to be screened in cinemas have also shifted online during the pandemic.

The summit included online film producers and writers to discuss how to further boost the development of the online film industry, said Tong Ying, deputy director of the Shanghai International Film and TV Festival center.

Fifty online TV series, movies and variety shows have been selected to compete for the most popular Internet programs at the summit.

"COVID-19 has become the biggest 'black swan' this year and pushed the Internet films to the front line," said Cai Li, chairman of the Newstar Fund, an online film producer.

Many movie stars and acclaimed film directors have taken part in the production of Internet content, which has helped to create a lot of excellent works, Cai said.

The online TV series "The Bad Kids," for instance, has attracted over a billion viewers since it was released on the Internet in June. Cai said the show was made with the same high standards as a large screen movie.

As one of the organizers of the summit, Putuo District has invested over 60 million yuan (US$8.57 million) to support culture and tourism companies, as well as drive development of the Internet film sector, said Liu Yiwu, deputy director of the Putuo Culture and Tourism Bureau.

The poster of “You Are My Destiny,” a new Internet film from a Putuo-based company this year.