Flights reduced at city airports ahead of typhoon 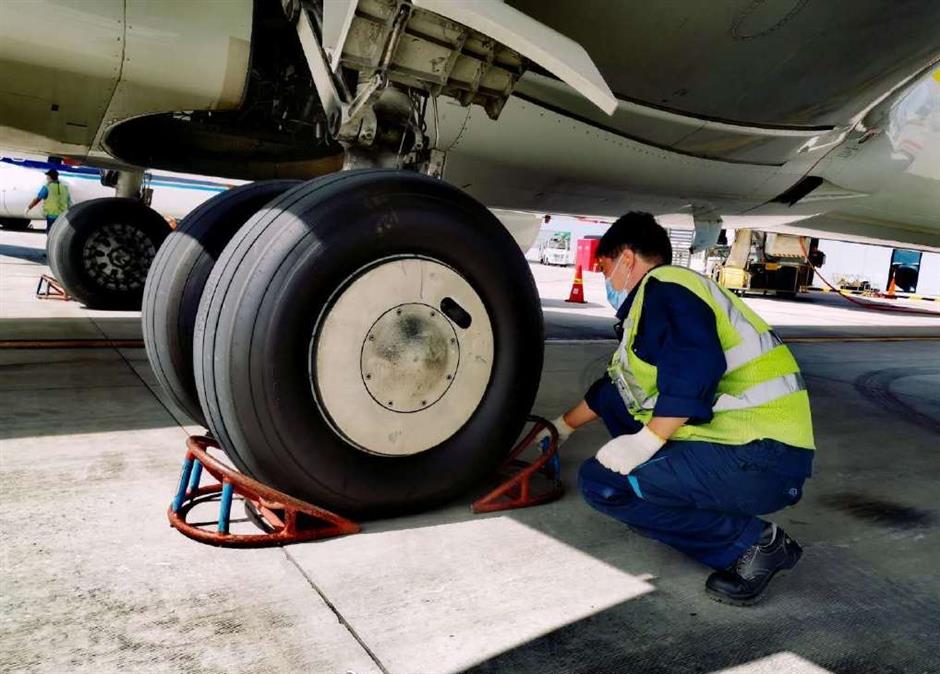 An airport staffer fixes the landing gear of an aircraft at the Pudong airport.

The Shanghai Airport Authority and airlines have reduced flights operating in the city to cope with the approach of typhoon Hagupit.

Over 220 inbound and outbound flights have been cancelled at the Pudong and Hongqiao international airports as of Tuesday afternoon, while some 10 flights were delayed, according to the authority.

The Pudong airport was affected more severely, as over 180 flights were cancelled there on Tuesday morning.

Air traffic controllers issued a yellow alert on flight delays on Tuesday morning. They predicted the takeoff and landing capacity at Shanghai's two airports would be reduced by 20 percent through 7pm.

Controllers later updated the alert and predicted airports' capacity will be further reduced by 30 percent till 2am on Wednesday.

Airport staff have secured berthed aircraft, vehicles as well as garbage bins and other equipment to gear up for wind and rains brought by the typhoon, according to the authority.

Hagupit landed in east China's Zhejiang Province on Tuesday morning. Specifically, the storm made landfall on coastal areas of Yueqing City, a county-level city of Wenzhou, which is about 300 kilometers away from Shanghai, at 3:30am, packing winds of 38 meters per second near its center. 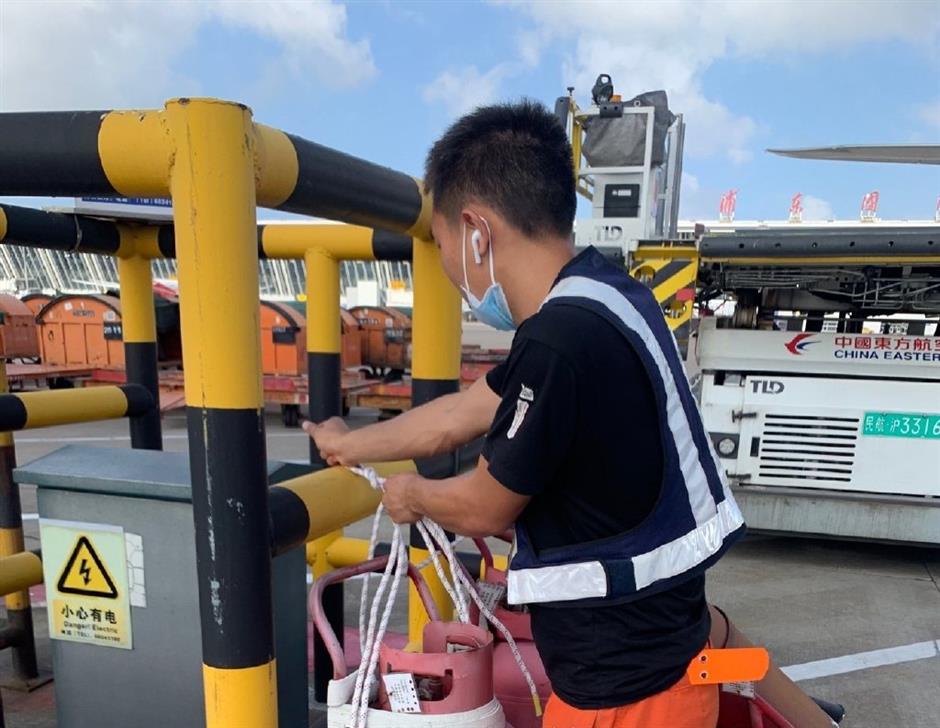 An airport staffer fastens the equipment on apron at the Pudong airport. 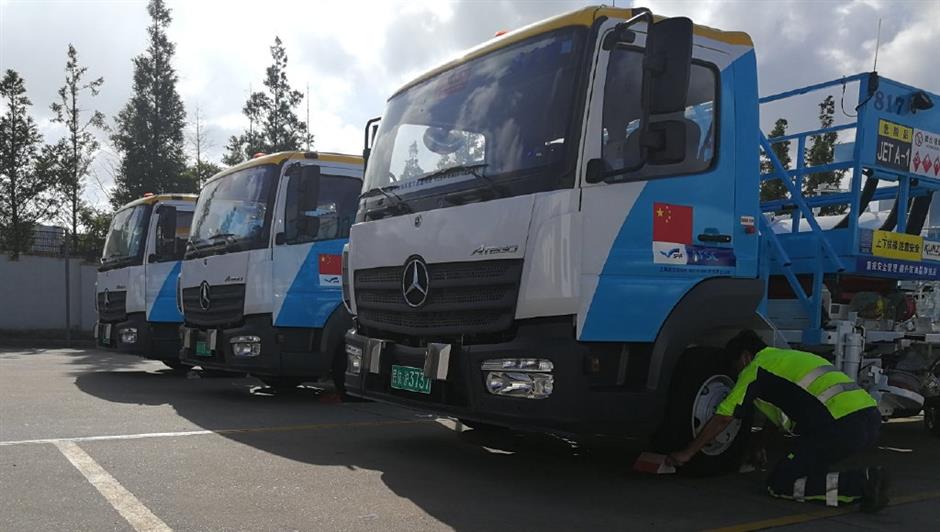 The wheels of vehicles at the Pudong airport are fixed to prevent the coming typhone. 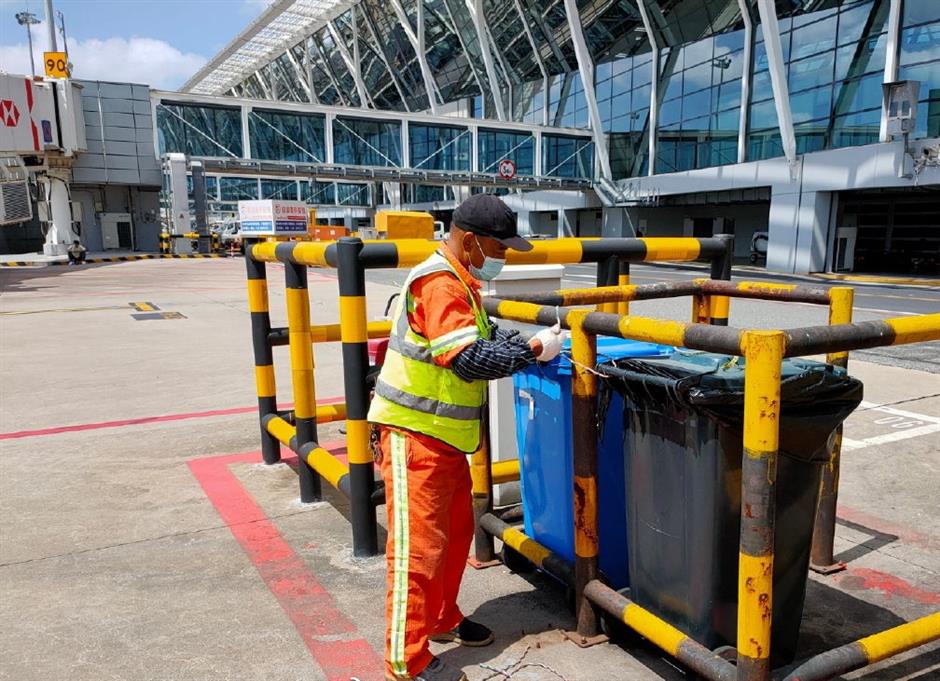 The garbage bins on the apron are fixed.