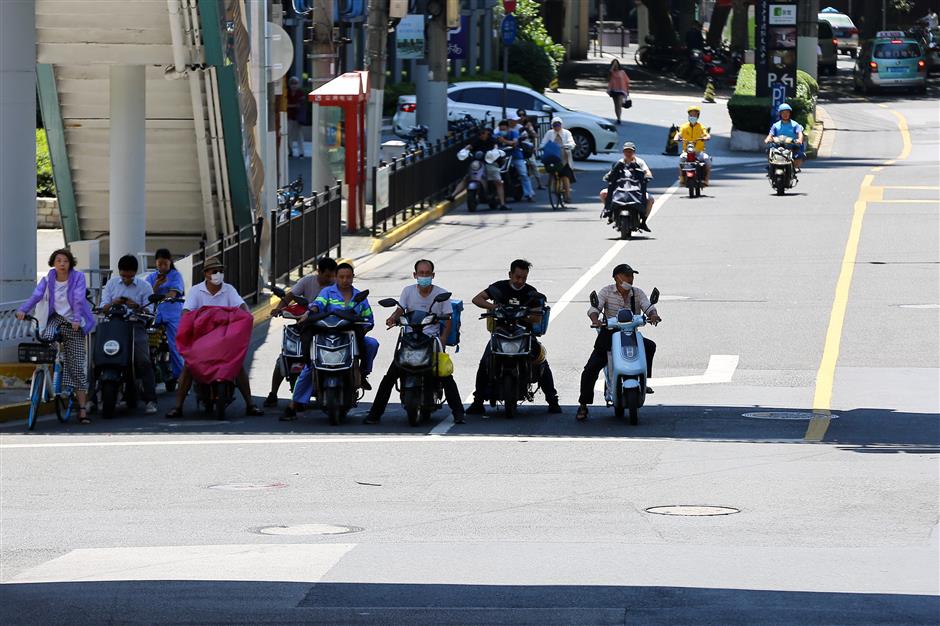 Waiting in the shade for a green light on Shaanxi Road N. on Thursday.

Thursday was the city’s hottest day in three years. A temperature of 38.6 degrees Celsius was recorded at the Xujiahui meteorological center in Xuhui District at 2pm.

The temperature was also the highest in the country, with two cities in Zhejiang Province following at 37.8 degrees.

The apparent temperature in the city, that perceived by humans and caused by the effects of air temperature, relative humidity and wind speed, was around 45 degrees at 2pm, the Public Weather Service Center said.

At 9:25am, the city’s weather bureau issued a yellow alert, the third highest in a four-tier system, for heat. It was the earliest that a heat alert had been issued this year.

After 90 minutes, the alert was updated to orange, the second highest, with temperatures around 37 degrees in most areas.

One online comment was: “We don't want to win the first place in the high-temperature contest in China," while others said they felt like they had been cooked by the sun when walking on the road. 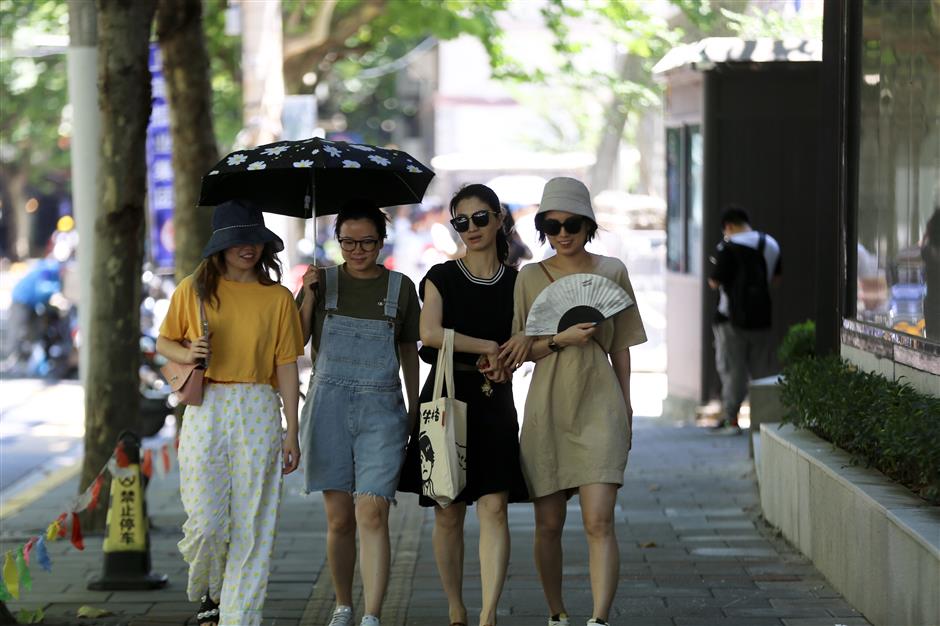 Women walk in the shade of trees on Thursday.

Sweltering conditions are expected to continue over the following 10 days.

Friday’s high will be 38 degrees and then temperatures will decline slightly to 36 degrees on Sunday and remain there for several days, the bureau said.