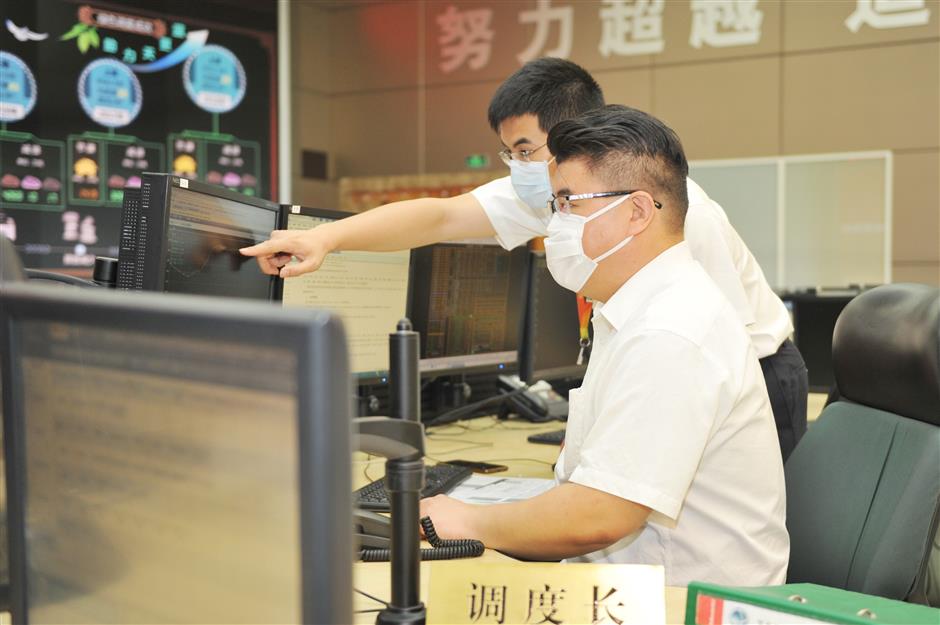 Currently, the power supply citywide is sufficient, with an overall power supply capacity of about 35.5 million kilowatts, of which almost 60 percent is locally generated.

According to State Grid Shanghai, the general power usage this year has been gradually gaining with the reopening of the economy after the novel coronavirus epidemic. Demand for air-conditioning in the summer heat and work resumption were the main factors behind the high demand for power.

The company said it had improved its supply management systems to ensure the stable supply of electricity, focusing on maintenance and inspection of equipment, data analysis of faults and intelligent controls.

The power stability rate of the city so far this year reached 99.9917 percent, with the rate for central urban areas reaching 99.9997 percent. The average power failure time was 7.9 percent less than last year.

Emergency plans have also been carried out to safeguard the city from floods and typhoons amid the typical season. During Hagupit, the first typhoon passing Shanghai this year, all affected power grids had been repaired in time.

There are a total of 173 power repair stations throughout the city, with an emergency team of over 3,500 workers to respond to incidents.