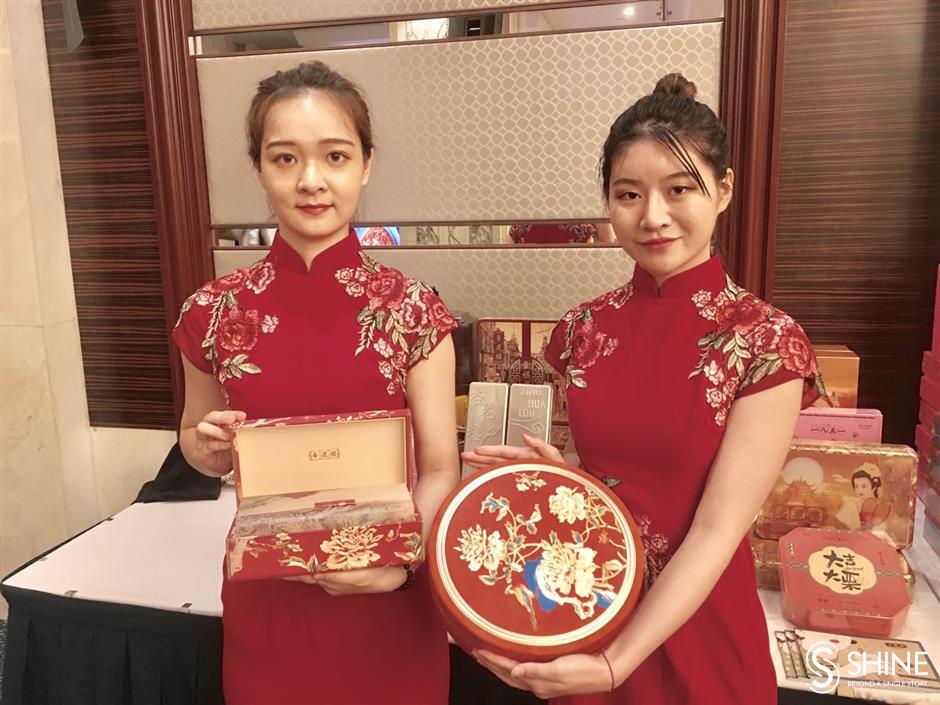 Xinghualou, the city's time-honored mooncake brand dating back to 1851, released new products on Thursday in cooperation with Palace Museum in Beijing for the first time.

The two traditional Cantonese mooncake gift packs drew their inspiration from the Qing Dynasty (1644-1911) embroidery work "Fortune and Longevity Scroll" which is in the museum’s collection.

"The Palace Museum has released a number of innovative products in recent years, which offers us inspiration for product designs," said Zhi Jing, deputy general manager with Xinghualou.

China's Mid-Autumn Festival is usually marked by family reunions, with a long-standing tradition of enjoying the sight of the full moon while eating mooncakes together. This year's festival is on October 1, coinciding with National Day.

Though the festival is still a month and half away, sales of this year’s mooncakes began in July.

The products in cooperation with the museum are available at local supermarkets such as Metro and RT-Mart as well as Xinghualou's online store on Tmall.

The rectangular pack resembles a traditional jewelry box and includes Shanghai's city flower, the magnolia, in its design.

The metal relief on both sides of the box originates from the "Chengguan Album" from Ming Dynasty (1368-1644) painter Lan Ying. 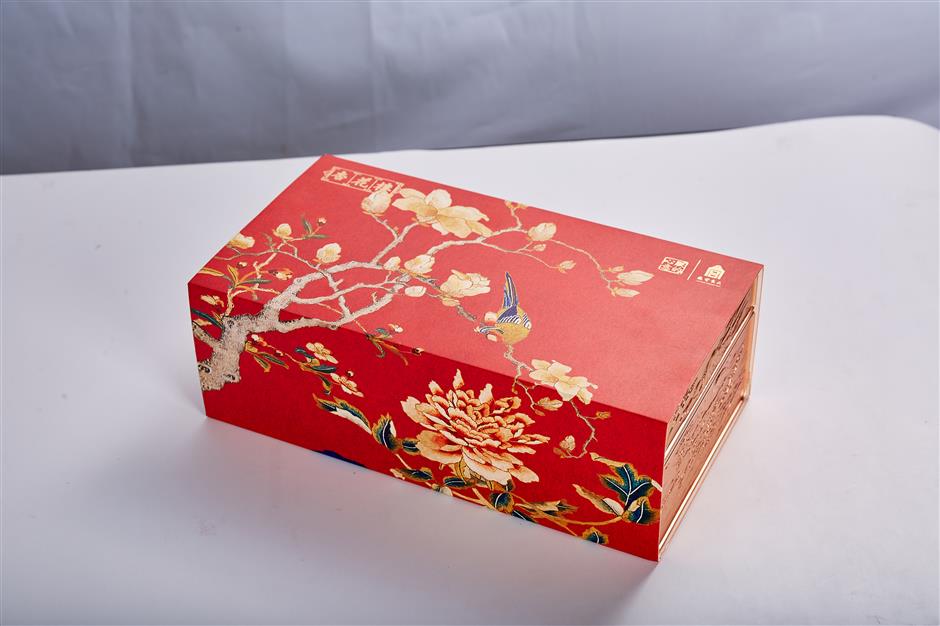 The rectangular pack resembles a traditional jewelry box and includes Shanghai's flower, the magnolia, in its design.

A round box with three peony flowers, features a 600-gram mooncake with the traditional flavor of ham and mixed nuts.

The layout of the mooncake comes from the "Dragon and Phoenix Round Plate," a lacquerware made during Emperor Wanli's reign (1563-1620) in the Ming Dynasty. It was one of the treasury collections in the Qing Dynasty imperial palace.

The mould of the mooncake was made under the guidance of Gao Gongbo, a master of boxwood carving, to restore the pattern of the historical plate.

The Summer Palace in Beijing has launched a mooncake gift box that draws its inspiration from a screen with Cantonese embroidery designs preserved in the royal garden.

The National Museum of China has developed a "ruyi" cake, based on the traditional Chinese ruyi ornament, which symbolizes good fortune.

Museums in Jiangsu, Sichuan and Guangdong have launched snacks such as cookies and cakes inspired by precious relics in their collections. 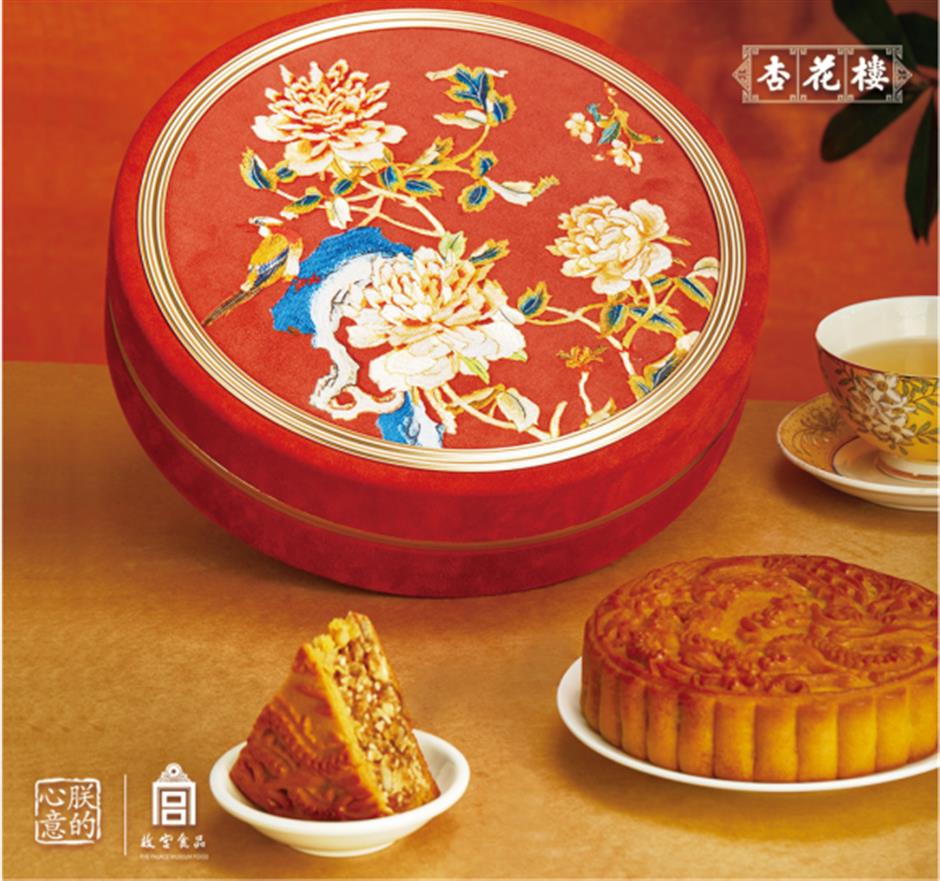 The round gift box with three peony flowers, features a 600-gram mooncake with the traditional flavor of ham and mixed nuts.