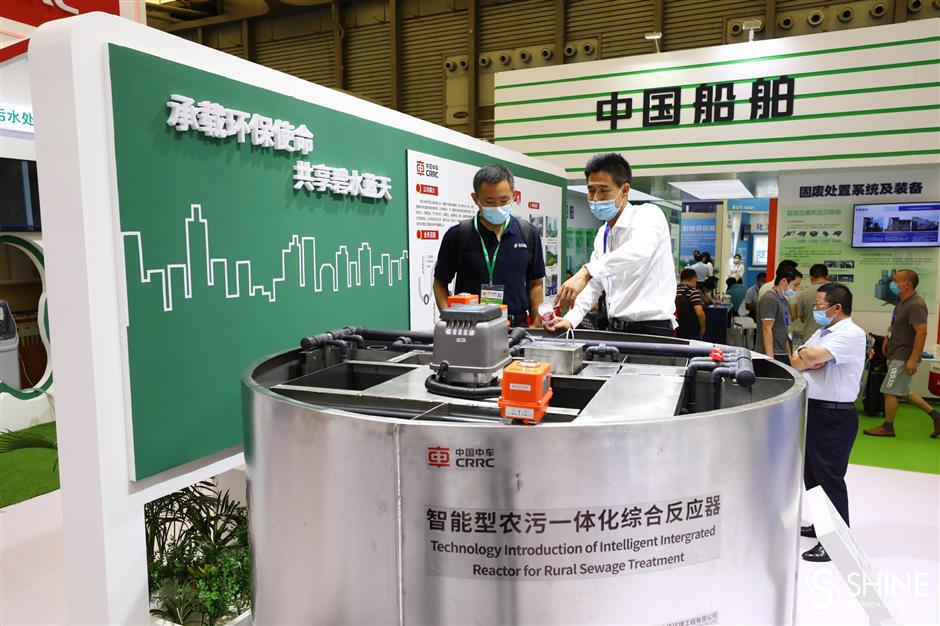 Visitors learn about a machine for rural sewage treatment during the IE expo China on Thursday.

The 21th IE Expo China opened at the Shanghai New International Expo Center in the Pudong New Area on Thursday.

Asia’s largest environmental-themed trade fair had been delayed for about four months because of the novel coronavirus pandemic.

The three-day event is the world’s largest and the first offline fair on environmental protection this year after the cancellation of other large-scare fairs including the IFAT Munich Trade Fair in German and the China International Environmental Protection Exhibition and Conference in Beijing.

The event has attracted nearly 1,900 ecological companies from 24 countries and regions, including the US, France and Germany, though the number of overseas exhibitors has dropped by 70 percent this year because of the pandemic.

Frontier technologies for the treatment of sewage, air pollution, noise pollution and other environmental issues are on display. 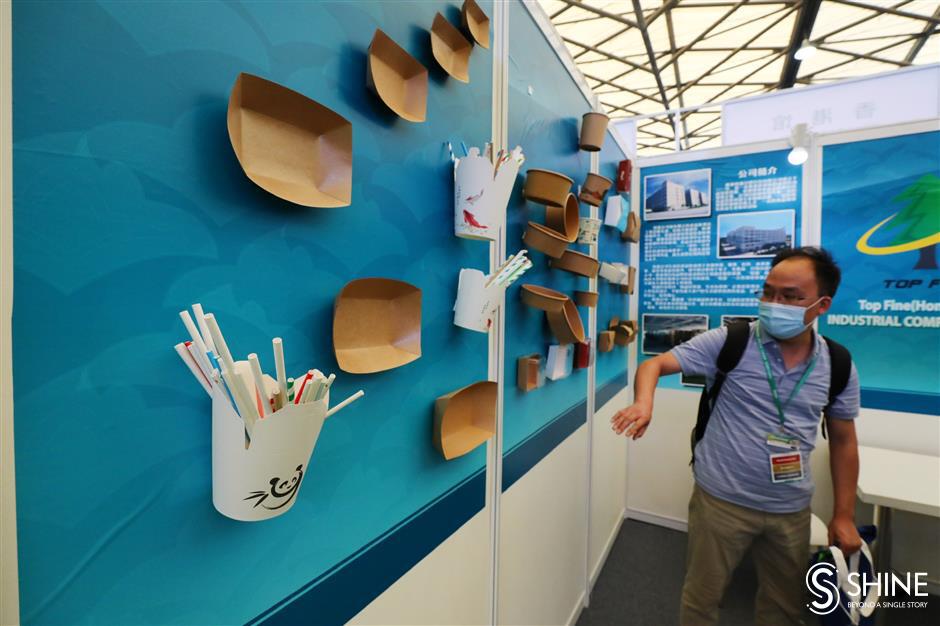 John Tse, an official with the company, said it is developing biocoating on disposable tableware made of paper to replace plastic film.

Big data-based environment protection platforms are highlights at the fair, not only for government supervision, but also for company management.

For example, staff can input daily environmental information of enterprises on a platform developed by Shanghai Environmental Protection Co. The information can be shared with different official departments. If a company is told to rectify and reform, the department can follow the latest developments. 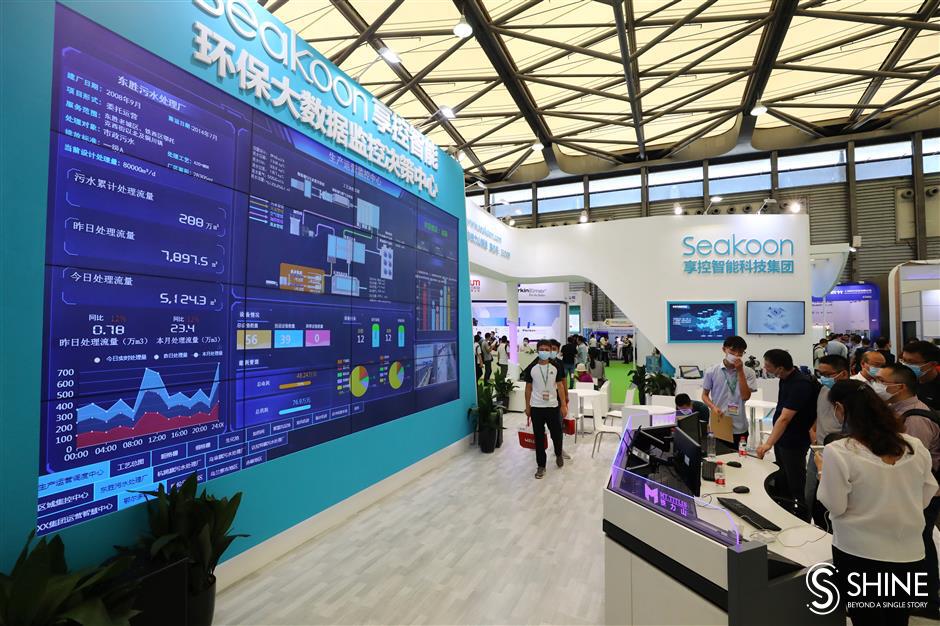 An intelligent operation platform for the chemical industry of Seakoon Intelligent Technology Group at the fair.

An intelligent operation platform from Seakoon Intelligent Technology Group for the chemical industry is for companies to monitor energy consumption, operating costs and production efficiency. It said the company can directly find problems and draw up a solution based on data on the platform.

These two platforms have been used for several years in the country and keep gathering more companies to join them to improve the online supervision system. 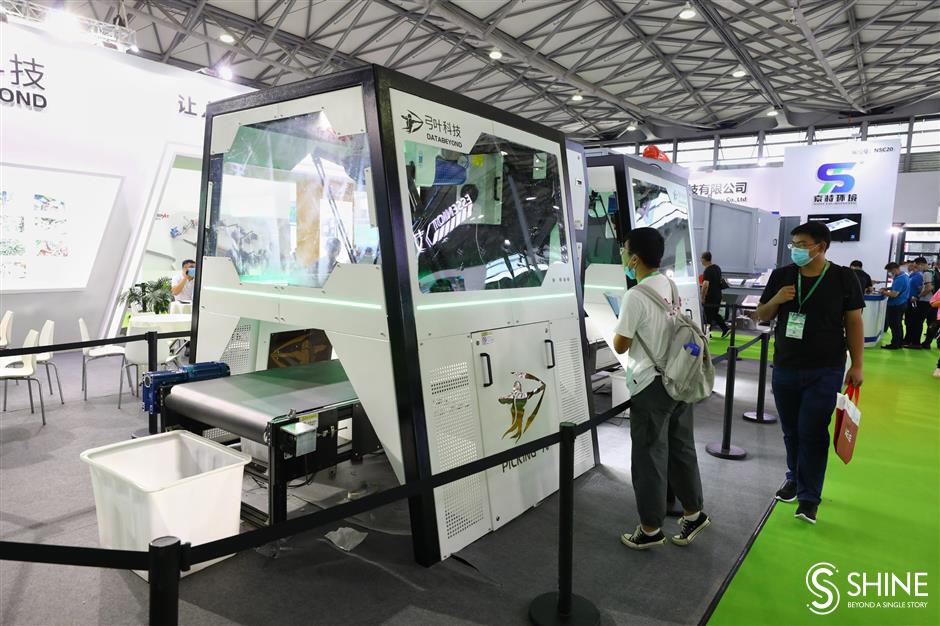 Advanced technology related to garbage sorting was also on display.

Guangdong GongYe Technology Co brought its latest high-tech garbage-picking machine. Using technologies such as deep-learning and smart decision-making it can sort out 20 types of recyclable waste. 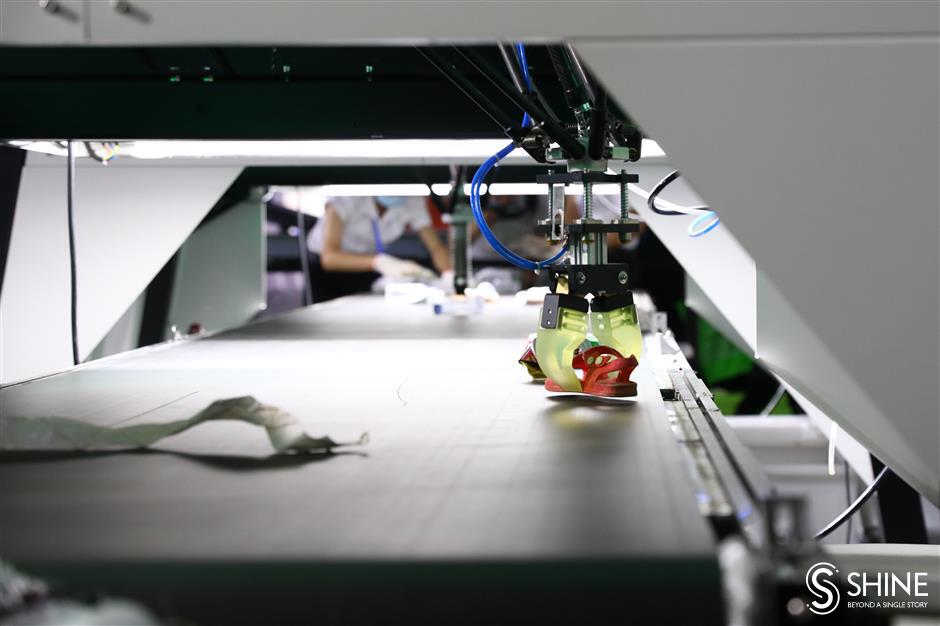 The garbage-picking machine in action.

The company said the accuracy of the system had reached 90 percent and it can grab about 95 items a minute, over twice as efficient as the average worker.

The fair also has about 40 environmental technology conferences and many sub-forums with over 600 industry figures and entrepreneurs sharing their ideas and opinions about environmental protection.