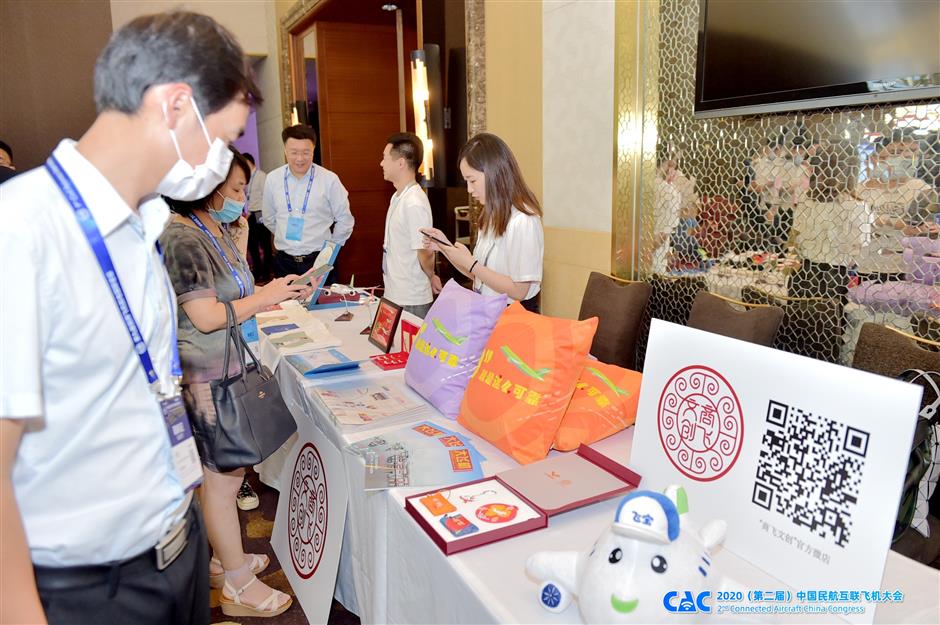 Commercial Aircraft Corporation of China, developer of the C919 passenger aircraft, displays its innovative products on the sideline of the Connected Aircraft China Congress 2020.

In-flight Wi-Fi service based on 5G has been tested on China's domestically developed single-aisle airliner.

The maiden flight to test the service on the C919 was conducted in 2018 from the Dongying test flying base in Shandong Province. Mobile data could be transmitted between the aircraft cabin and ground by then, Wang said.

Further tests on air-to-ground 5G communication, interference tests, as well as cockpit and cabin applications, will be carried out this year with support from key labs of the Civil Aviation University of China and COMAC. Test flights are being conducted at bases in northwest, northeast and east China, Wang said.

In-flight Wi-Fi service has strong market potential in China amid growing passenger volumes in the country, industry leaders and experts told the forum, which closed on Friday. 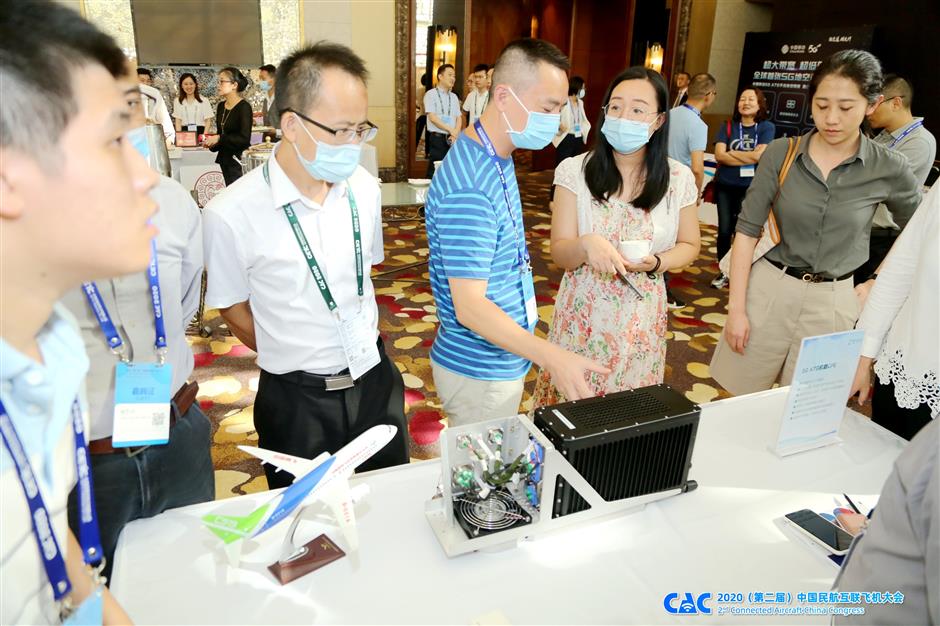 The Guangzhou-based carrier has opened Wi-Fi services on over 40 flights, serving about 8,000 passengers every month, he said. Customers mainly use Wi-Fi for instant messaging, online shopping, reading news and sending e-mails.

Chen Qimin, deputy general manager of the customer service unit of COMAC, said that digital communication and smart applications will become a major area of competition in the civil aviation industry.

"It has been a trend for the global civil aviation sector to go digital," Chen said.

Over 100 officials and experts from airlines, aircraft makers and communication operators discussed in-flight Internet services during the forum on Wednesday and Thursday. The event was jointly organized by COMAC Shanghai Aircraft Customer Service Co and Galleon (Shanghai) Consulting Co.

China lifted a ban on the use of portable electronic devices on planes in 2018 to allow travelers access to in-flight Wi-Fi services.

The zone near the Hongqiao airport has gathered a swathe of aviation service enterprises, institutions and agencies. Sun promised to introduce more supportive policies and new measures to the zone to drive the development of the aviation internet industry. 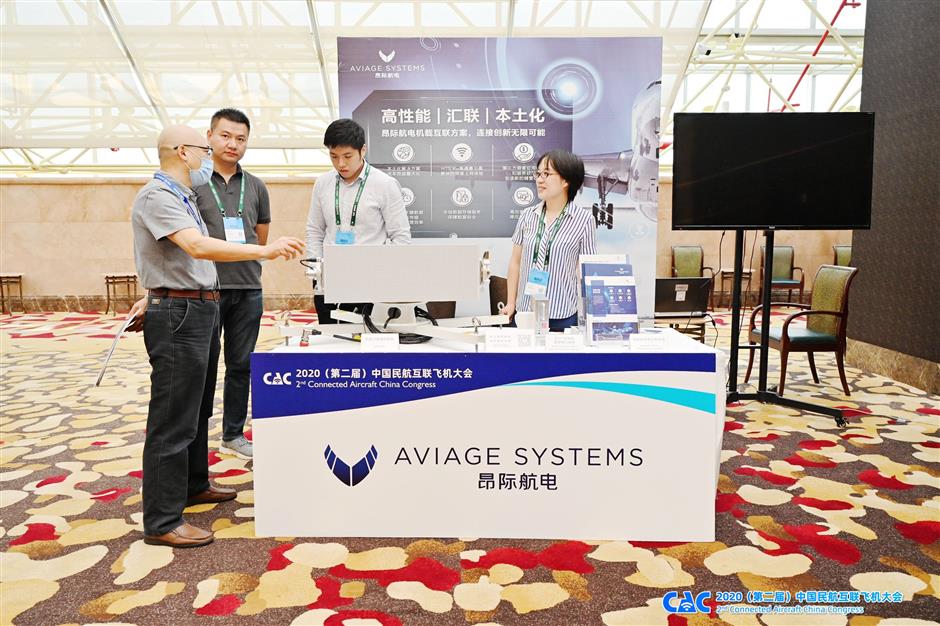 Suppliers showcase their in-flight Internet products on the sidelines of the Connected Aircraft China Congress 2020.