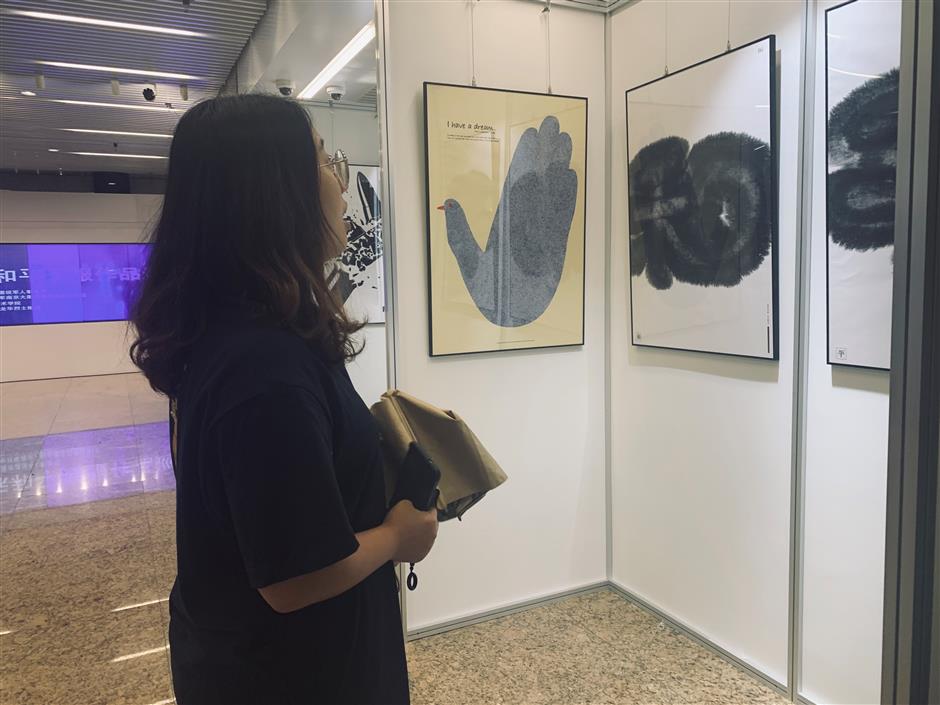 A visitor views posters at a new exhibition.

An international poster exhibition was unveiled at the Longhua Martyr Memorial in Xuhui District on Thursday.

The exhibition displays dozens of works centered on themes of peace. It received over 5,000 submissions from artists in more than 30 countries and regions, and 183 were given awards.

The exhibition will run through October 13.

This year marks the 75th anniversary of the victory of World War II.