During the two-hour surgery, doctors made just one small incision. The patient had almost no bleeding and no after-surgery complications after having a date-pit-sized tumor removed.

Doctors say people with difficulty swallowing should visit the hospital for diagnosis. 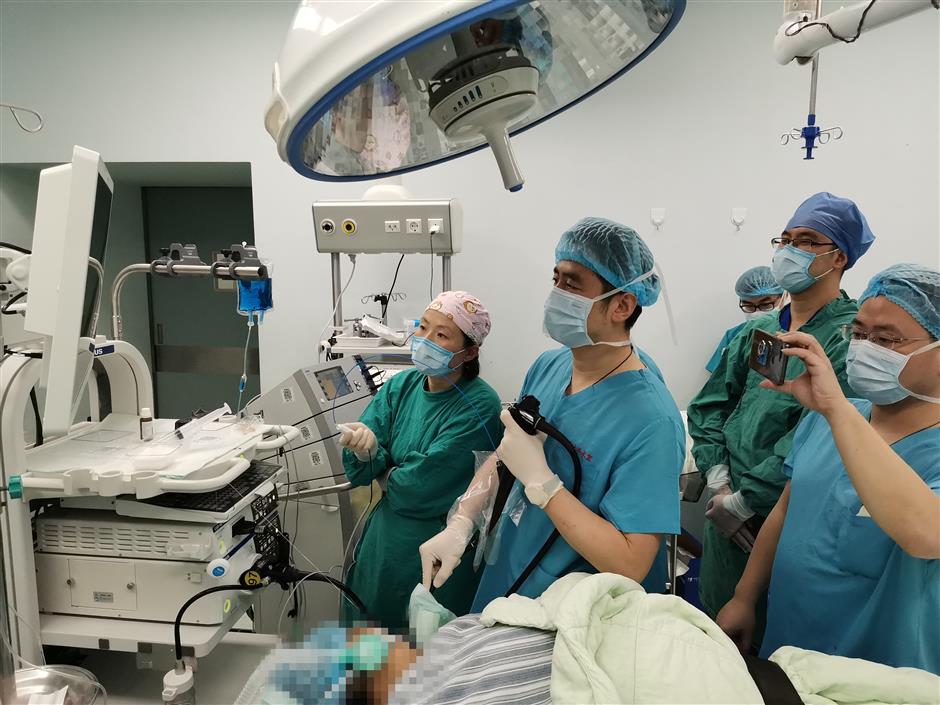 Doctors remove a tumor from a man's esophagus using the latest endoscopic technology. 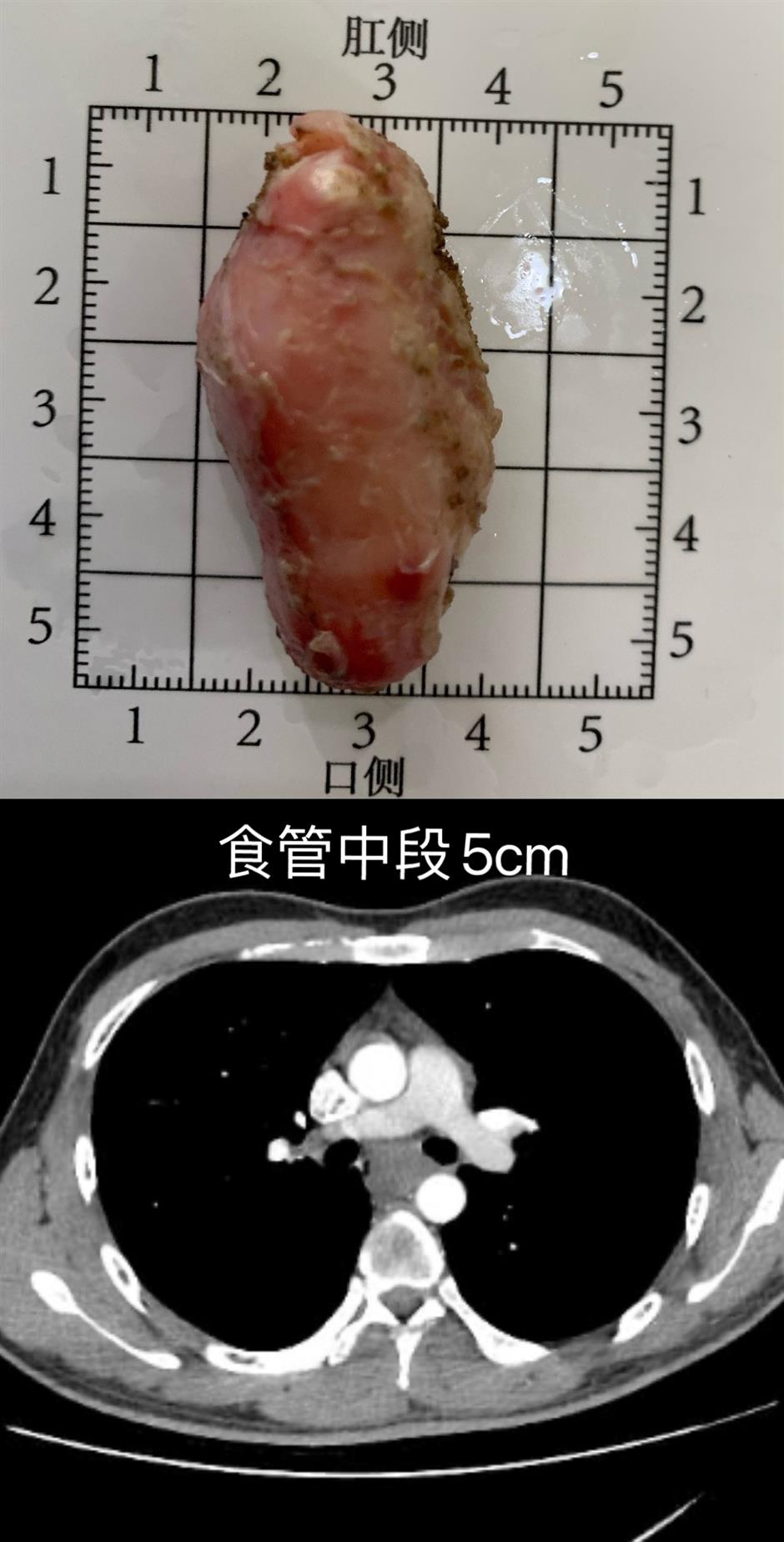 A tumor roughly the size of a date pit.