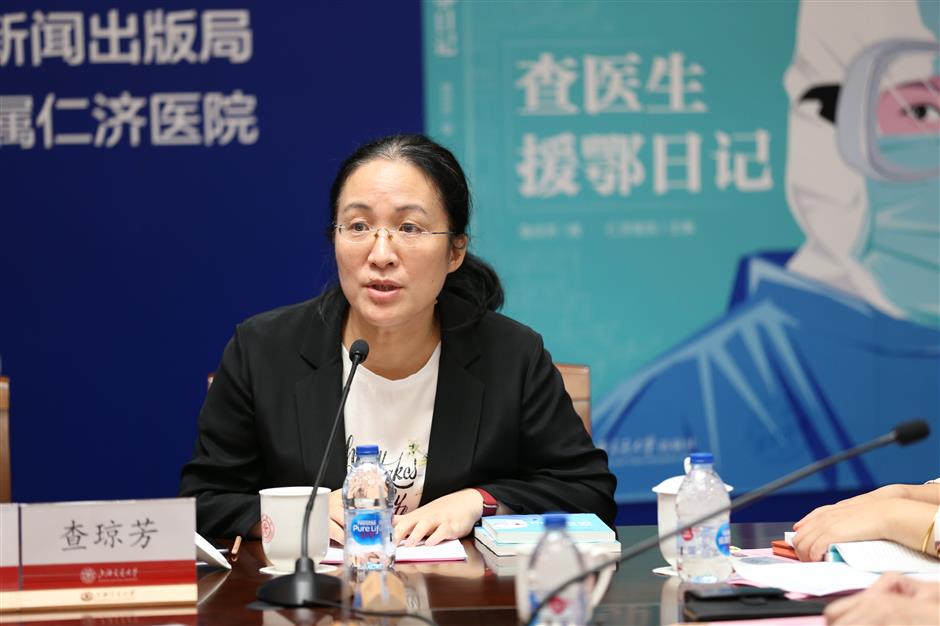 Zha Qiongfang, a doctor from Renji Hospital, talks about why she wrote her diary while supporting Wuhan in fighting the COVID-19 pandemic.

As the English edition of “Dr. Zha’s Diary of Fighting the COVID-19” made its debut at the ongoing 2020 Shanghai Book Fair, publishers of the book's Chinese edition announced on Tuesday that another eight foreign-language translations will also be made available.

Zha Qiongfang, a doctor from Renji Hospital, was a member of the first Shanghai medical team dispatched to support Wuhan, capital of Hubei Province, in fighting the novel coronavirus.

They set out to Wuhan's Jinyintan Hospital on January 24, Chinese New Year's Eve, when Wuhan was hit hard by the pandemic. As one among the team's 136 members, Zha was busy fighting the virus and kept a diary to record the experience. The diary was first published on the WeChat account of Renji Hospital and attracted attention from the public.

Zha said she was impressed by the bravery of Wuhan people and the hardship they overcame, as well as support from across the country.

“I saw hardworking medics who never gave up on any patient; I saw strong-willed patients who fought against death; I saw selfless volunteers who devoted all to serving those in need; and I also saw the unending personnel and resources coming from the government and the whole society.”

She added: “Writing a diary helped ease stress and also let my family, friends, colleagues and others know that we were well ... I’m glad that my diary attracted attention from others and passed on positive energy to them.” 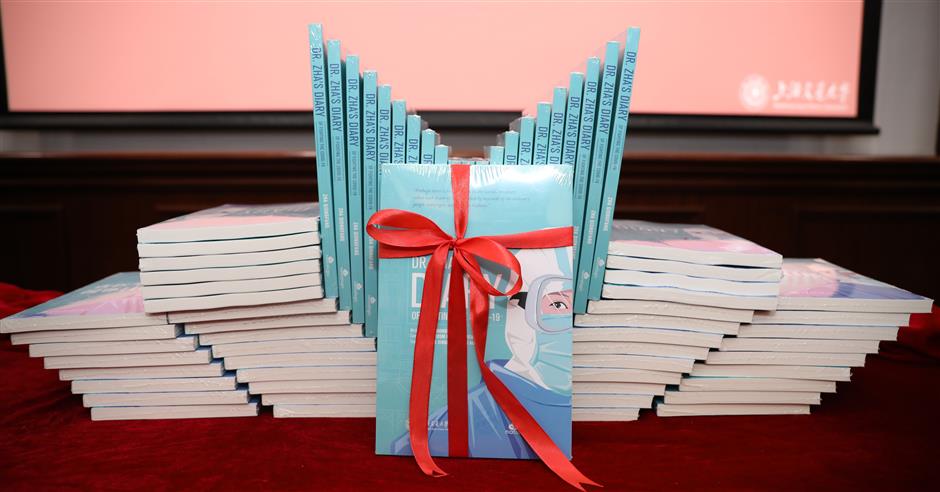 The English edition of “Dr. Zha’s Diary of Fighting the COVID-19” makes its debut at the ongoing 2020 Shanghai Book Fair.

Her diary was compiled into a book and the Chinese edition was published in April as the nation's first officially published diary written by a medical worker assisting Hubei against the coronavirus.

The book includes 67 excerpts from Zha's diary during her stay in Wuhan between January 24 and March 31. Readers can learn about China's response to the epidemic as well as the work of medics on the front line.

Xu Jiong, head of the Shanghai Press and Publication Bureau, said the book shares the secrets of how China quickly brought the pandemic under control.

“We wish the English version of the book can spread the stories in China to the whole world and contribute to the world’s final success in fighting the COVID-19 pandemic,” he said.

The Vietnamese and English versions have already been published, the Japanese translation is finished, while others will be developed soon, said Li.

The English edition was published by UK-based Naturalogic Publishing Inc. 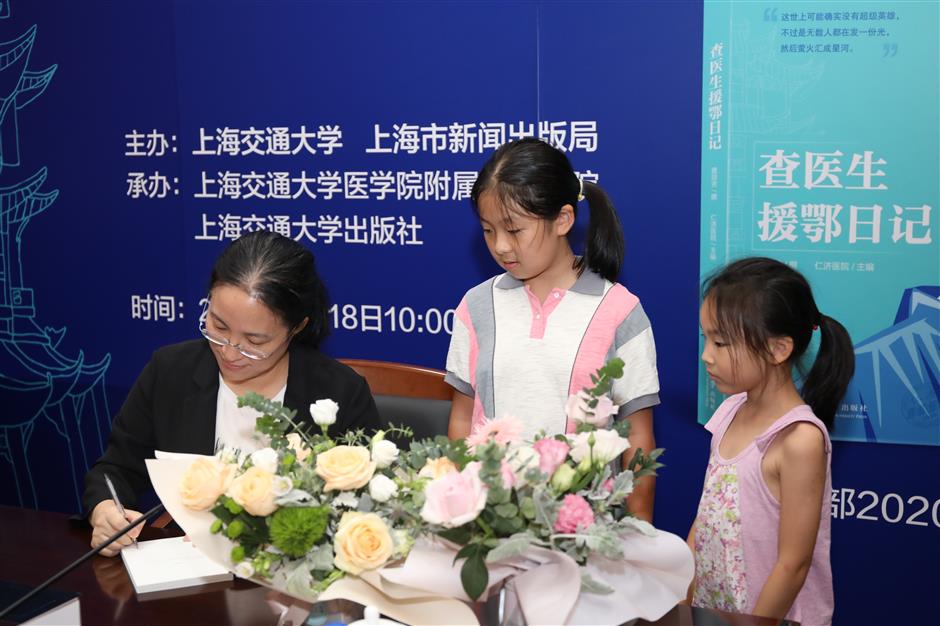 Zha signs copies of her book for two girls.