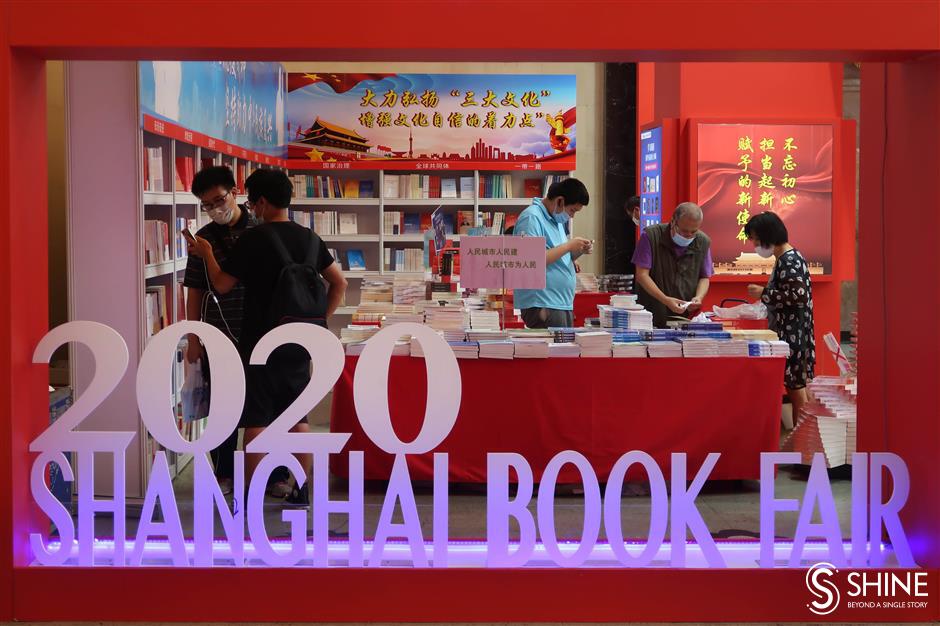 The 2020 Shanghai Book Fair at the Shanghai Exhibition Center ended  on Tuesday.

The seven-day 2020 Shanghai Book Fair came to an end on Tuesday with its online events having been watched more than 6 million times and online sales exceeding 17 million yuan (US$2.46 million).

Although the number of visitors was limited to just a third of previous years, average sales per visitor had increased by 23 percent, said Xu Jiong, head of city's press and publication administration.

Xu said this year's fair had displayed and sold more than 100,000 types of books at its main venue, the Shanghai Exhibition Center, and 150 parallel sites in the city and other provinces with over 700 offline reading events.

A book fair "Circle of Friends" of 15 major online platforms was established with nearly 100 platforms of exhibitors providing many more books than those showcased offline and held various online events.

By Monday, online pages related to the book fair had been visited more than a hundred million times and the relevant online events were watched over six million times. The number of page views of the book fair's main online platform hit nearly 556,000.

Shanghai Century Publishing (Group) Co said that visitor numbers were down due to the novel coronavirus prevention and control measures, especially the elderly and children.

It had sought an integrated growth of its online and offline resources and held 42 online events during the book fair.

Sales of books in its online store on the first five days of the book fair were up by 132 percent compared with the same period last year.