Twenty leading medical professionals were honored as "Shanghai Good Doctors" on Wednesday, also China’s Medical Workers’ Day, in recognition of their capabilities and devotion to patients and health services.

The honorees are role models for their peers, and many of them worked on the front line during the novel coronavirus epidemic, said the Shanghai Health Commission.

Renji Hospital’s Dr Zha Qiongfang, one of the 20 medics, served in Wuhan, the former epicenter of the epidemic, for 68 days. She recorded her experience in a recently published diary.

The city's hospitals all marked the day for medics on Wednesday, and many local doctors received gratitude from their former patients in Wuhan.

At Zhongshan Hospital, doctors received a special message from one elderly man who appeared in a widely shared photo watching a sunset with a doctor in full protective gear.

The man, a violinist, sent a video saying he has recovered completely thanks to Zhongshan's doctors. He also played the violin to mark the special day.

“You are the most important people in my life. I miss all of you and thank you so much,” said the man, surnamed Wang, in the video. 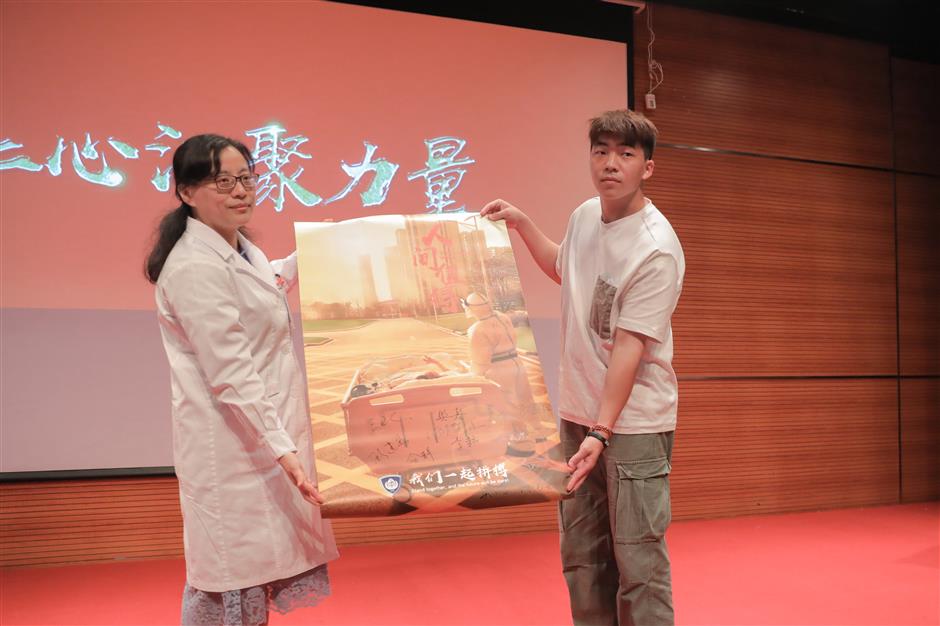 The picture in which an elderly patient watched a sunset with a Zhongshan Hospital's doctor in Wuhan, the former center of the epidemic, is shown on a ceremony celebrating China's Medical Workers' Day on Wednesday.