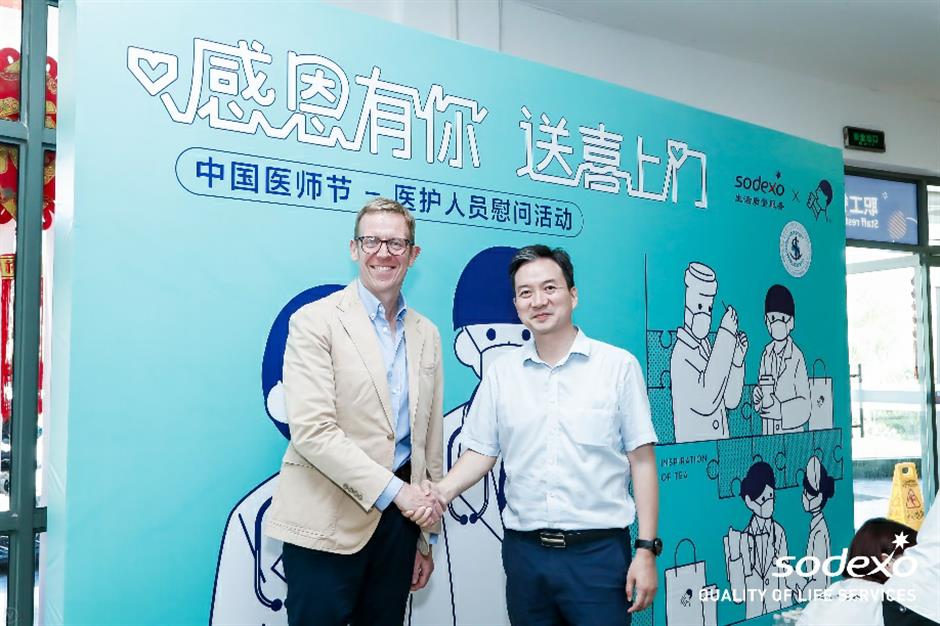 Sodexo supplies food for both patients and staff at the hospital. Its staff had faced great risks during the pandemic to deliver food to the front line during the outbreak.

In addition to Shanghai, the company’s team in other parts of China were also involved in supplying food to medical facilities, including Wuhan, former epicenter of the pandemic.

Its Wuhan team sent nianyefan (Chinese New Year’s Eve dinners) to medical staff at most risk during the outbreak.