A new bilingual book on Chinese moral philosophy, written in classical poetic form, has been released by Shanghai University Press at the recent book fair.

According to the press, the original Chinese text of "Three-Word Primer of Goodness," written by calligrapher Yin Feipeng, uses simple three-character lines to explain Chinese concepts of morality, filial piety and self-improvement.

Translator Zhao Yanchun, a professor at Shanghai University's School of Foreign Languages, has translated the text into rhyming English to make the book more accessible to foreigners.

The book is meant to introduce Chinese culture and values to young readers, according to the press.

The book's theme of "goodness" comes from a passage in the "Tao Te Ching," a classic text traditionally credited to 6th-century BC sage Laozi: "The highest good is like water, which benefits all beings and does not compete with them.”

Yin also introduces theories and examples to expound his understanding of the traditional concept of goodness in Chinese culture.

Zhao started his translation in 2014, and paid attention to the rhyme, form and meaning of each verse. Classical three-character poetry in Chinese, he said, has a very tight and beautiful rhyme. "But I found that it didn't make sense if I only explained the meaning. I thought I had to transform the texts into English poems in order to share this charm of Chinese culture," he said. 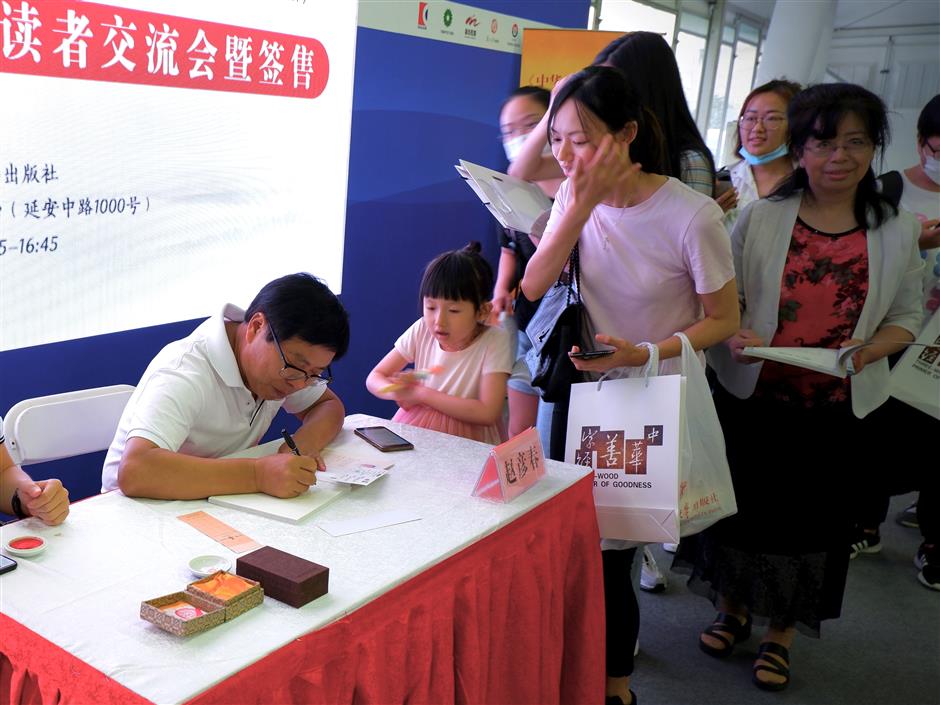 Translator Zhao Yanchun appears at a signing event for "Three-Word Primer of Goodness" during the Shanghai Book Fair.