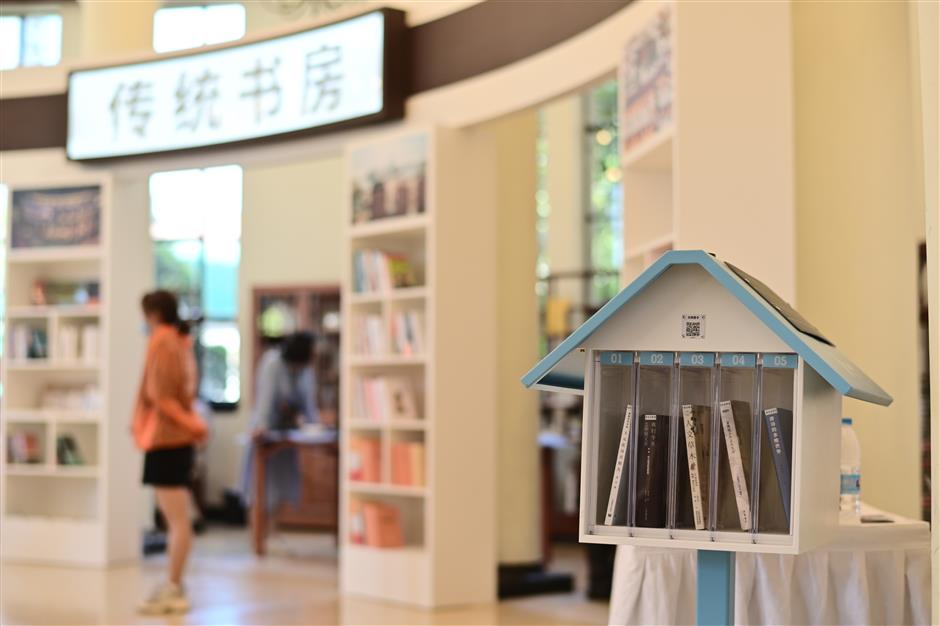 It’s been a hot summer, but people in Jing’an District have clever ways to beat the heat.

Neighborhoods across the district have opened many “chill-out” sites for senior citizens, who account for more than one-third of Jing’an’s population.

One such site is Baoshan Road Subdistrict, where seniors are served free cold green bean soup in air-conditioned buildings. While escaping the heat, they chat, drink tea, play cards and attend classes such as Chinese calligraphy.

“I’m happy to be here,” said a senior surnamed Zhang. “I love being with old friends.” 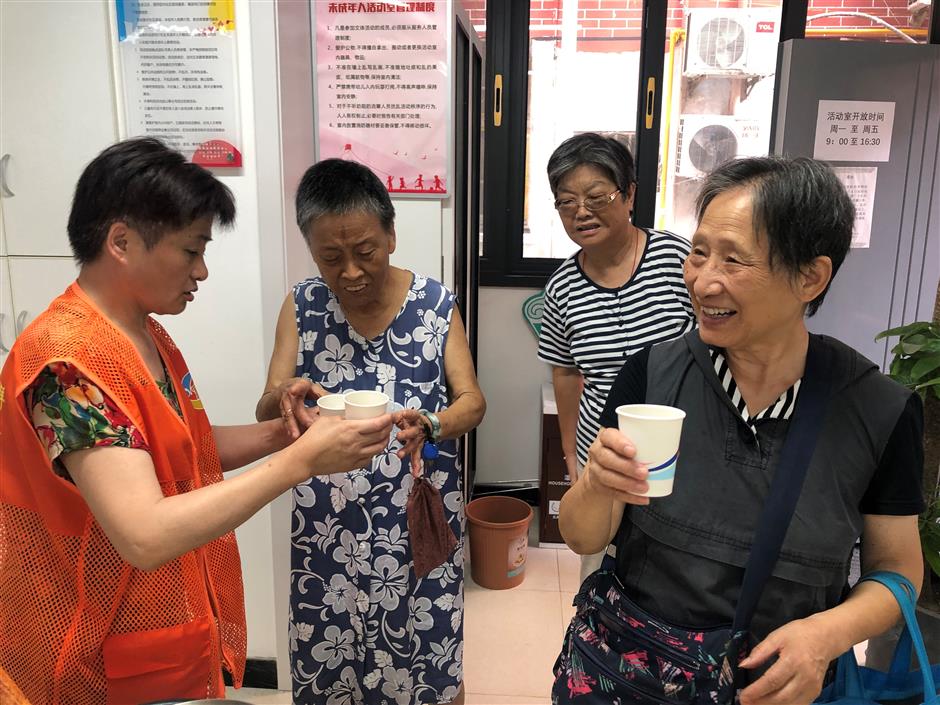 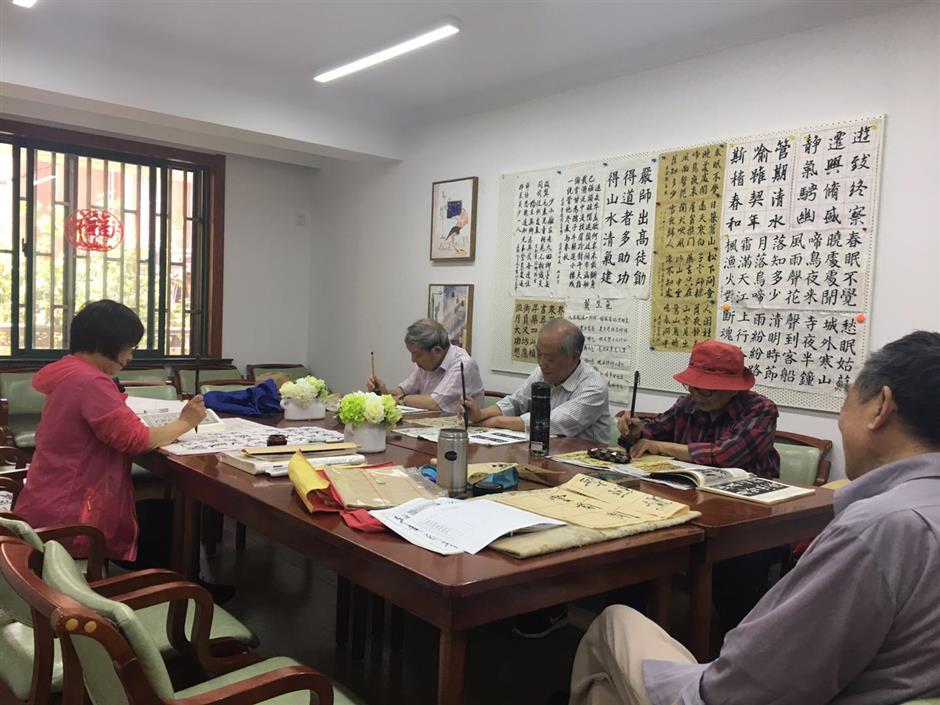 For people of all ages, Jing’an hosts a variety of cultural activities, such as the annual Shanghai Book Fair at the Shanghai Exhibition Center, which concluded last week.

An “ideal study” at the fair chronicled Jing’an’s cultural history via silhouettes of local landmarks, virtual reality and augmented reality.

Jing’an police officers Zhou Shiqi and Ma Xiaoliang, who became well known for their roles in the documentary series “Shanghai Police, Real Stories,” caused a sensation when they visited the fair. People stood in line to meet them and get their books about the hit series autographed. 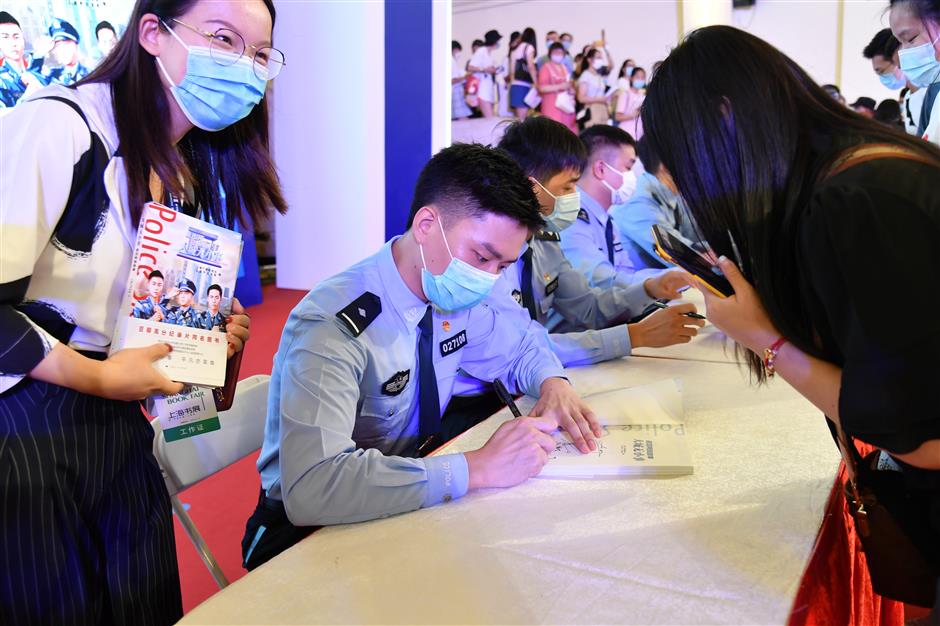 Jing’an police officers Zhou Shiqi and Ma Xiaoliang sign copies of the book about the documentary series “Shanghai Police, Real Stories,” in which they appeared. 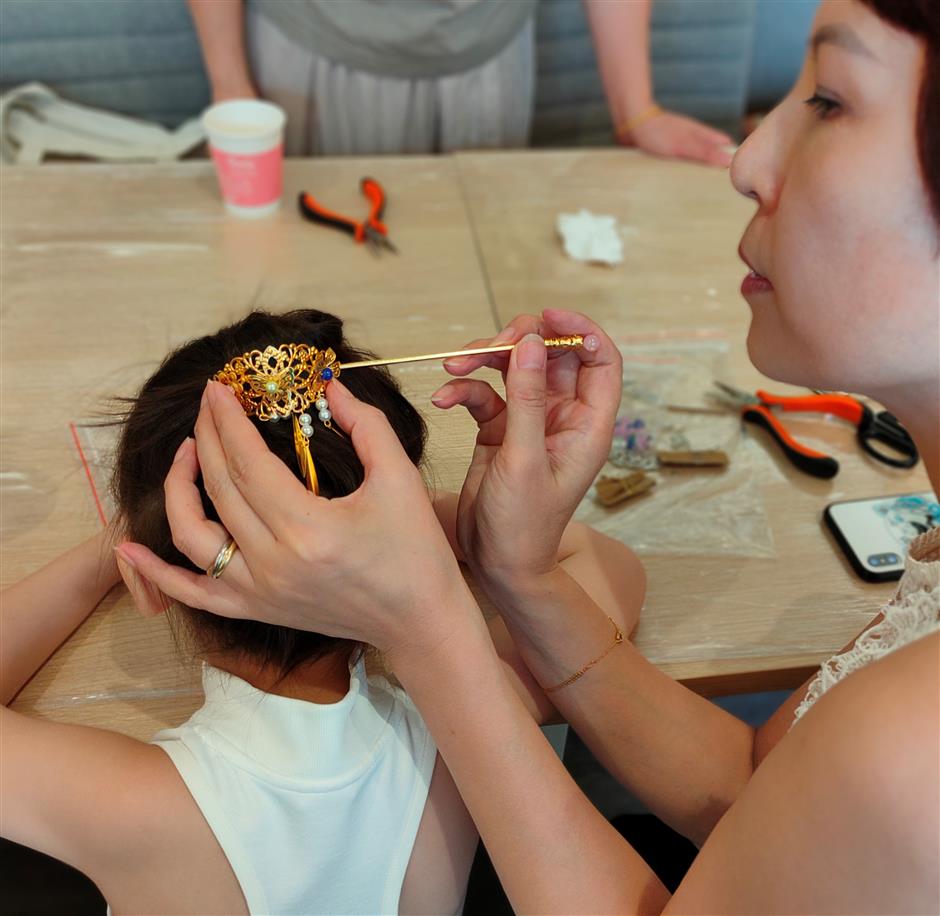 A girl tries on a handmade hairpin at a workshop promoting traditional Chinese clothing culture.

There were many other cultural events that took place around the district as well, including a shikumen (stone-gate) buildings photo exhibition in Beizhan Subdistrict, an intangible cultural heritage exhibition in Gonghexin Road Subdistrict and a hanfu (traditional Han clothing) class in Caojiadu Subdistrict.