Moments of Jing'an District in August 2020 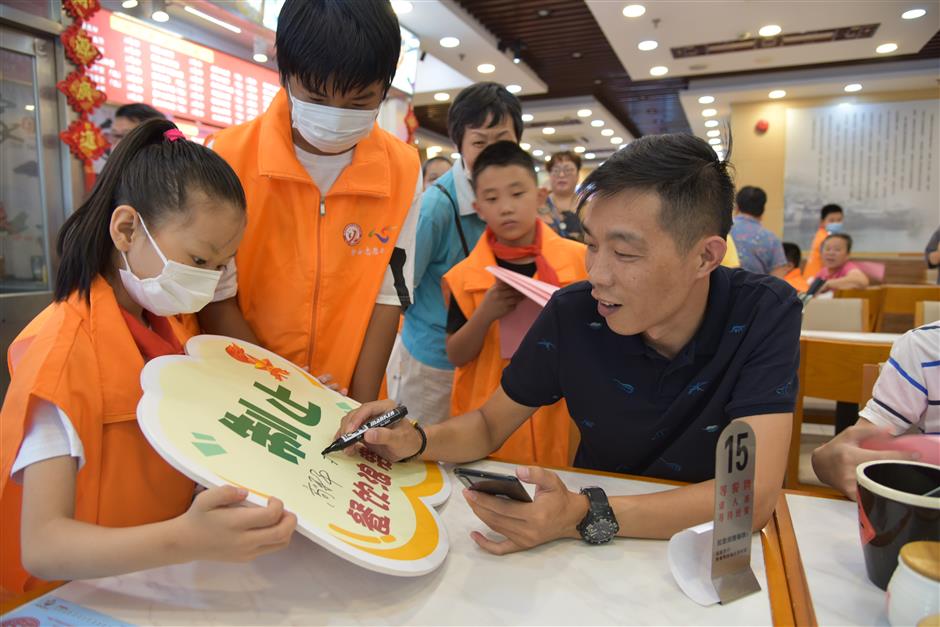 Waste not want not

Local children have been going to restaurants promoting the idea of “empty plate” to counter food waste. They distribute leaflets to diners beckoning them to refrain from ordering too much food. Primary school student Yang Xinlei said she didn’t hesitate to join the cause when she became aware of the importance of not wasting food during the coronavirus outbreak. “Eateries in the subdistrict have produced less kitchen waste since we launched the “empty plate” campaign, which also helps garbage sorting,” said Ma Jun, deputy director of Pengpu Xincun Subdistrict’s urban appearance authority. 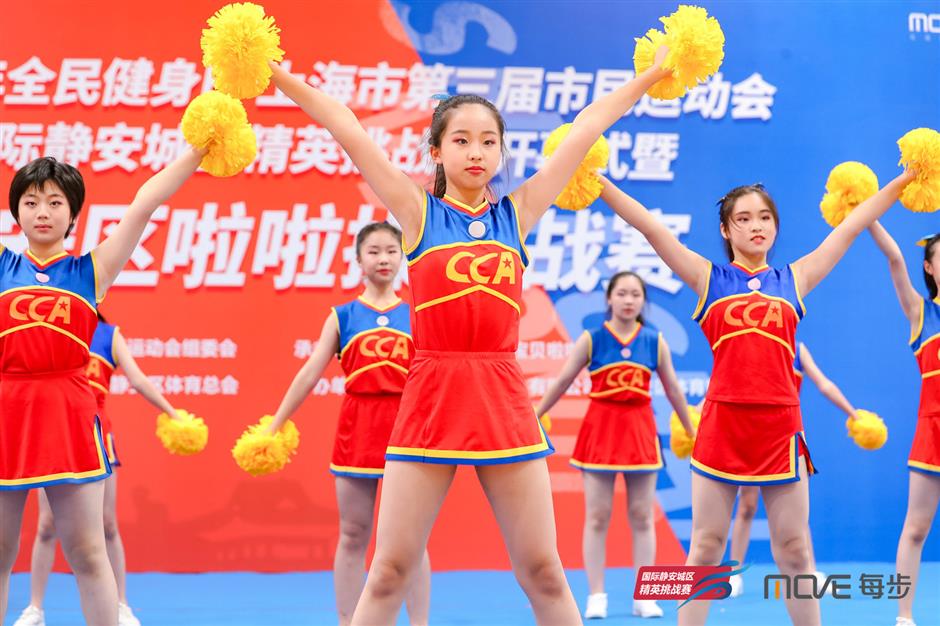 Working up a sweat

On August 8, Jing’an was teeming with adrenaline to celebrate National Fitness Day, including a badminton competition and a range of activities at dozens of sports venues that opened their doors to the public free of charge. On the technology front, the Jing’an Sports Bureau is following the example of online learning and embracing the digital economy as more people exercise at their homes. 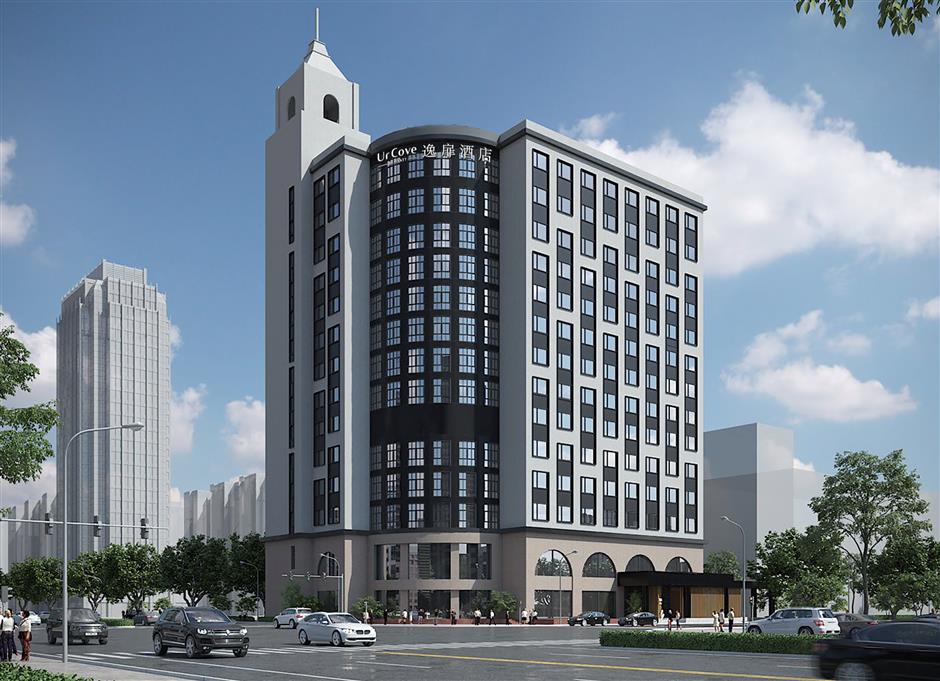 The world’s first UrCove hotel, built by Hyatt Hotels and BTG Homeinns Hotels, will roll out the red carpet in October for its grand opening. Sun Wu, chief executive officer of the new hotel, said it will target business travelers since Jing’an is one of Shanghai’s biggest commercial areas, with 265 rooms, restaurants, conference rooms and a fitness club. In the future, Hyatt and BTG hope to open similar hotels in Lujiazui and Wujiaochang in Shanghai, as well as in other cities such as Beijing, Shenzhen, Chengdu and Nanjing. 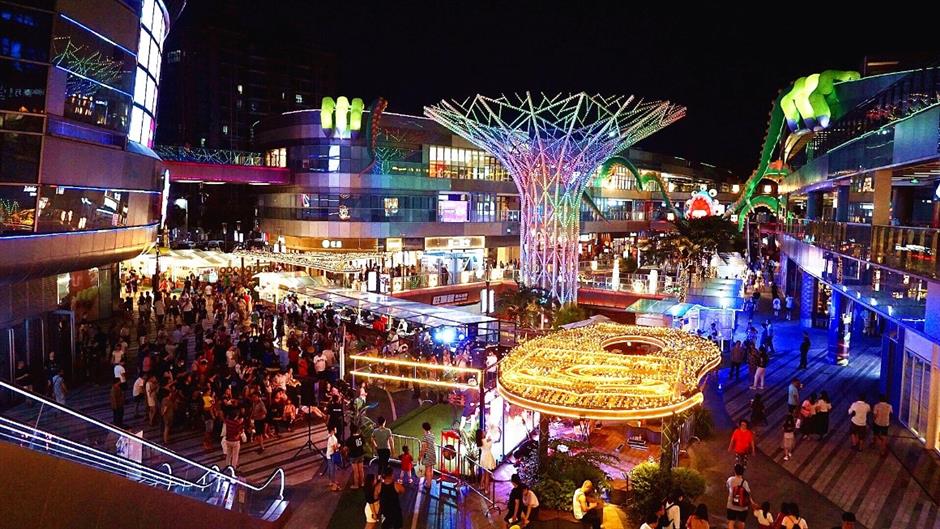 Renowned UK street artist Filthy Luker has brought his giant, outlandish, inflatable “monsters” to Shanghai to celebrate the two-year anniversary of Imix Park mall. In addition to the inflatable art installations, a variety of activities have also taken place, such as exotic music shows, yoga classes, dance parties and night food markets. According to mall officials, when the pandemic eventually passes, the mall will feature more sports-related merchants and interactive experiences, such as karting, that will take into account people’s health concerns. “In the future, malls will be more like hotbeds of social networking than merely places to buy things,” said the mall’s general manager Zhai Yunyuan. 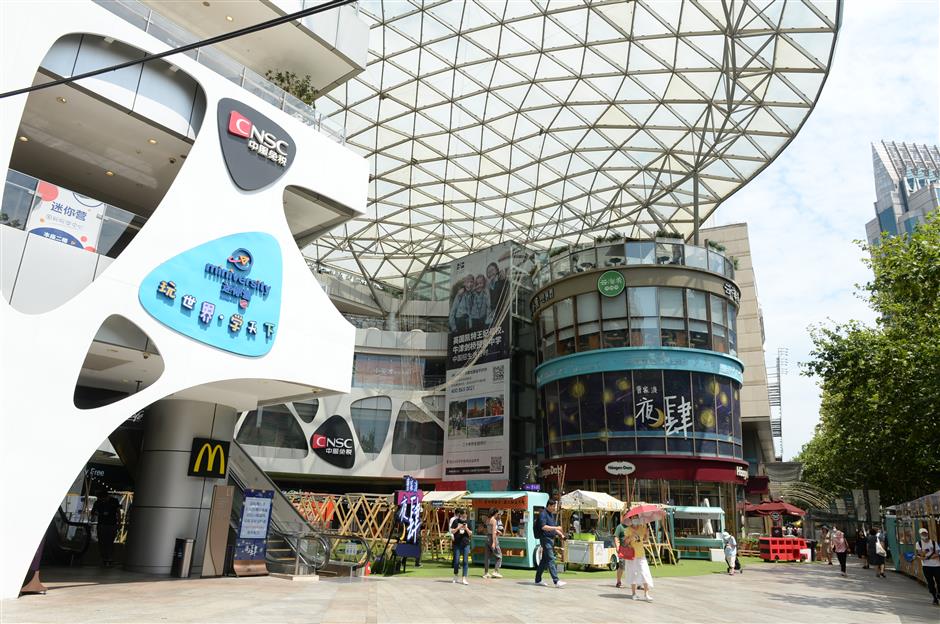 Seventy-six retailers and restaurants from the Yueda 889 Center in Jing’an District, KING88 in Changning District and Xingfanghui in Putuo District have created a self-governing team to ensure food safety. “On a regular basis, participants will receive training on food safety and managers will have to take exams,” said general manager Zhang Zhengrong from the Yueda 889 Center. “Also, they will be encouraged to promote the use of serving chopsticks and spoons as well as joining in the ‘empty plate’ campaign.” 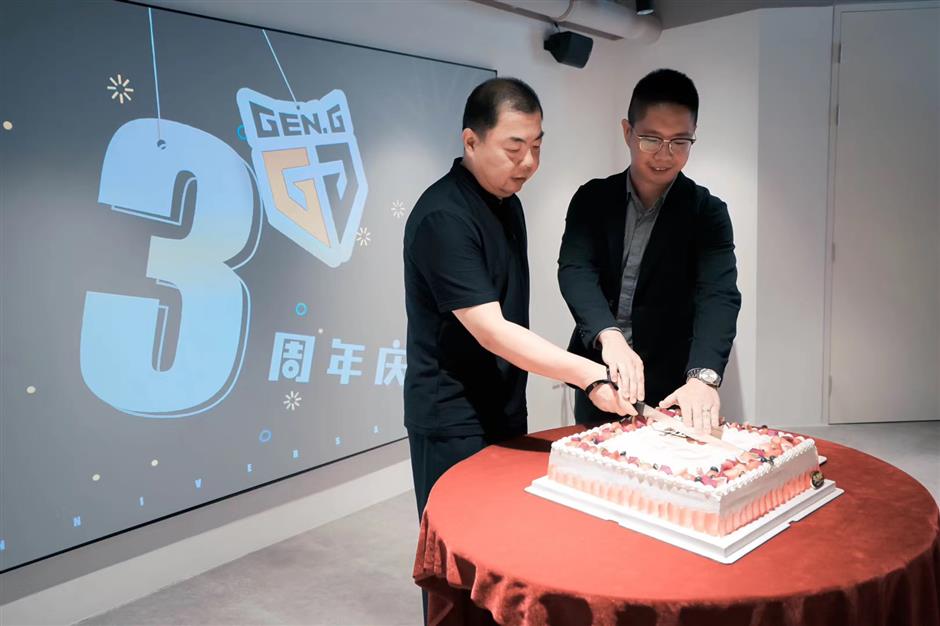 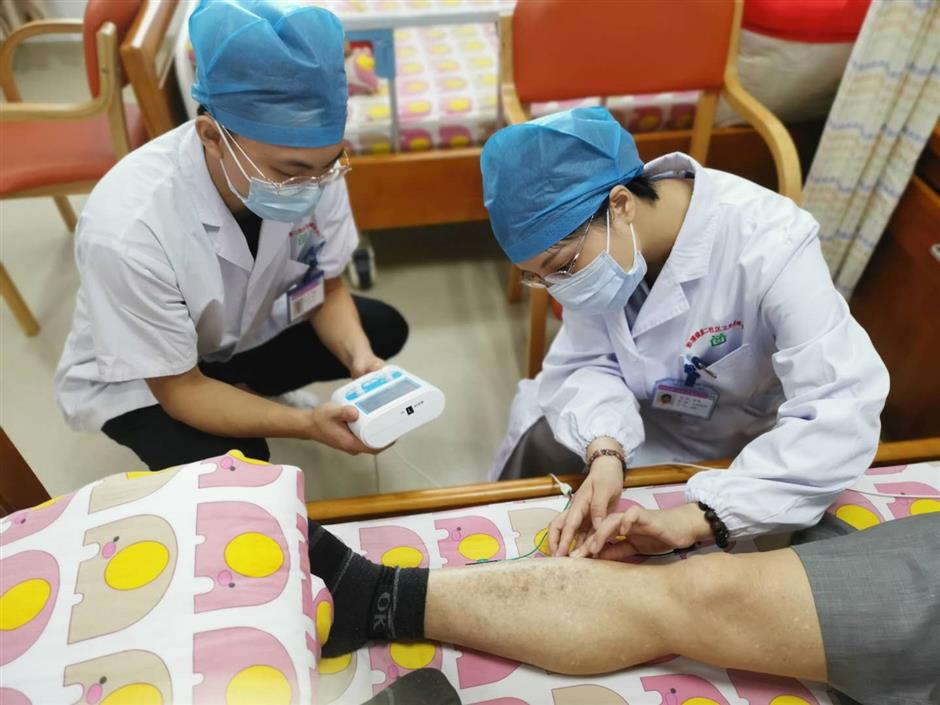 Medics from the Pengpu Town No. 2 Community Healthcare Center are offering on-site health-care services to seniors at the Pengpu Nursing Home. Instead of having to leave the nursing home and wait in long lines at hospitals, more than 200 seniors are now just an elevator ride away from the downstairs medical center where they can see doctors and get their prescriptions filled. “We send seven to eight healthcare professionals to the medical center, including a pharmacist, general practitioner, TCM counselor and rehabilitation therapist,” said Tao Gaiqi, director of the Pengpu Town No. 2 Community Healthcare Center. “The fees are covered by the seniors’ health insurance, and we have more than 1,200 different medications in stock.”