Bringing art to the people along historical Nanchang Road 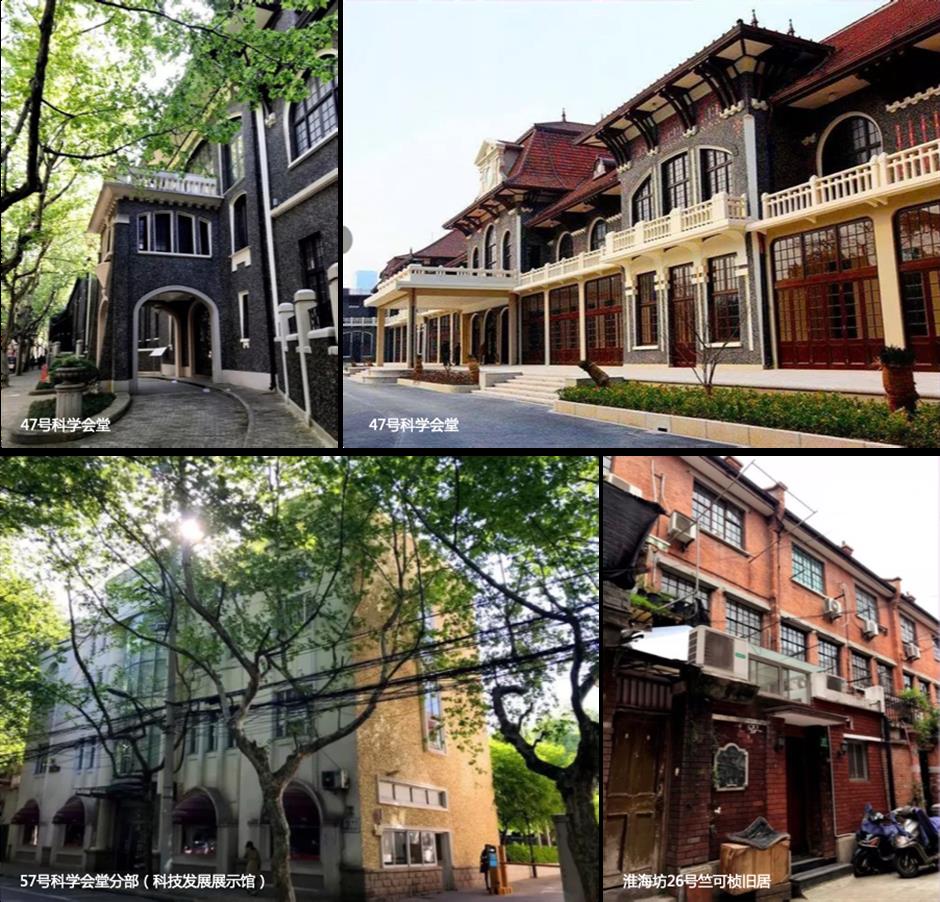 An art season will premiere along the more than century-old Nanchang Road in downtown featuring installations created by descendants of former celebrities who once lived there, and young guides speaking the Shanghai dialect.

Hosted by the Ruijin No. 2 Road Subdistrict, the Huanfu, or Around the Fuxing Road, Fun Travel Art Season, will run from September to November.

The road, which has many characteristic garden villas as well as derelict lane-style townhouses, will also be upgraded.

“The campaign aims to attract citizens and tourists to learn the history of the road and to boost business on the nearby Huaihai Road commercial hub amid the COVID-19 pandemic,” said Ren Weifeng, Party secretary of the subdistrict.

Some representatives to the first National Congress of the Communist Party of China also lived in these residences. The site of the congress is about 10 minutes’ walk away.

In recent years, the subdistrict has launched a new round of renovation projects to help restore the historical ambiance of the area, while also improving the residents’ living conditions.

During the art season, the Museum of Contemporary Art Shanghai (MoCA) will work with the subdistrict to unveil public art installations in the old communities and side streets along the road. Some of the artworks will be created by the grandchildren of the former famous inhabitants of the area, said Miriam Sun, executive director of MoCA Shanghai.

With the authorization and support from the grandson of Xu Zhimo, many of Xu’s classic poems will be printed on the pavements and walls along the road.

“We’d like to develop a museum without walls,” said Sun. “People may be reluctant to enter the museum of contemporary art, so we bring the artworks to their communities."

A statue of astronaut Snoopy will be set up in front of the Shanghai Science Hall to commemorate the 50th anniversary of human space exploration. 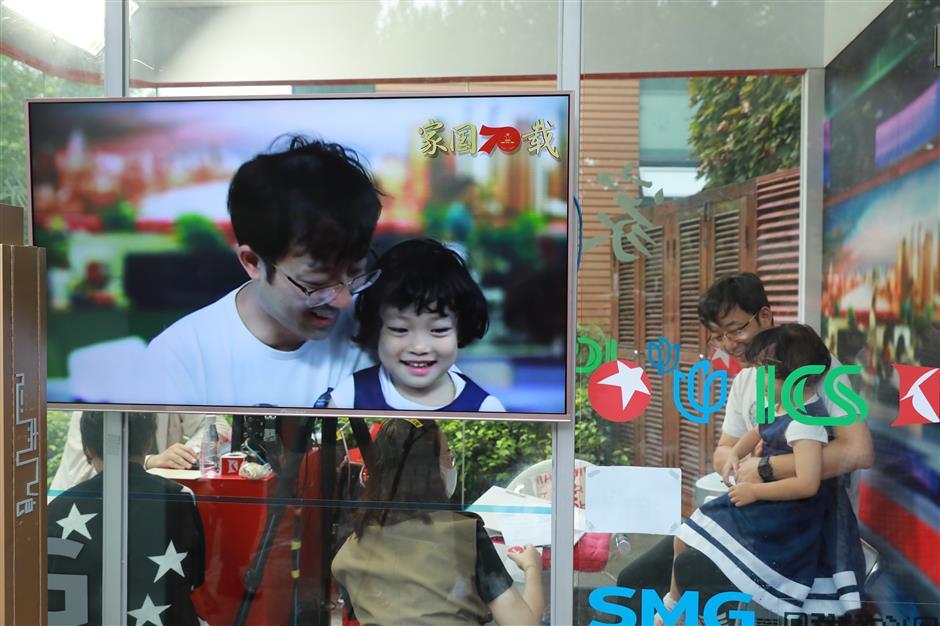 Children talk in Shanghai dialect in a broadcast vehicle of Shanghai Television Station.

Many residents living along the road are retired teachers, doctors and engineers. To satisfy their demands for science and knowledge, online and offline lectures will be held in early September. Speakers include an aerospace expert, a senior doctor and a science blogger.

Citizens and visitors are also invited to join in an orientation tour across the science-related sites in the region, such as the science hall, the Sinan Mansions and a newly developed “Science Sitting Room” in one of the townhouses on the road, according to the subdistrict.

Many other tour routes on revolutionaries, art and culture as well as business will be released for visitors to explore the historical ambiance of the region.

The subdistrict will launch a recruitment for citizens, including expats, to serve as guides to introduce the history of the road to tourists. Children who can speak fluent Shanghai dialect will have priority.

As kindergartens and schools give lessons in Mandarin, few local children now speak authentic Shanghai dialect. Some of them speak better English than their local dialect, according to the organizers.

To protect the vanishing dialect, the recruitment will invite students from elementary to high school to describe historical structures in the downtown areas in Shanghai dialect.

A similar campaign was run last year among local youths. The winners have been invited to describe 68 historical buildings under the jurisdiction of the subdistrict in Shanghai dialect. Visitors can scan a QR code on the buildings to listen to the introductions, which are also in English, French and Mandarin.

During last year’s art season for the downtown area, hundreds of nearby residents and tourists were invited to a starlight jog, an outdoor concert and an innovation market.

A jogging route was released which included seven landmarks such as the mansions and the Ruijin Hotel, the 89-year-old Cathay Theater, Shanghai Science Hall as well as the former residence and memorial of Sun Yat-sen, the famed Chinese revolutionary.

Other sites involving the history of the Communist Party of China have also been selected, such as Yuyangli, a former residential complex on Huaihai Road where the Chinese Communist Youth League was founded in 1920 and the home to the former editorial department of the periodical La Juenesse, also known as New Youth.

The magazine was an important platform for the promotion of Marxism and anti-imperialist and anti-feudal thoughts.

The annual art season is part of Huangpu’s ambition to promote Shanghai's nightlife featuring "international, local and fashion flavors" among citizens and tourists. 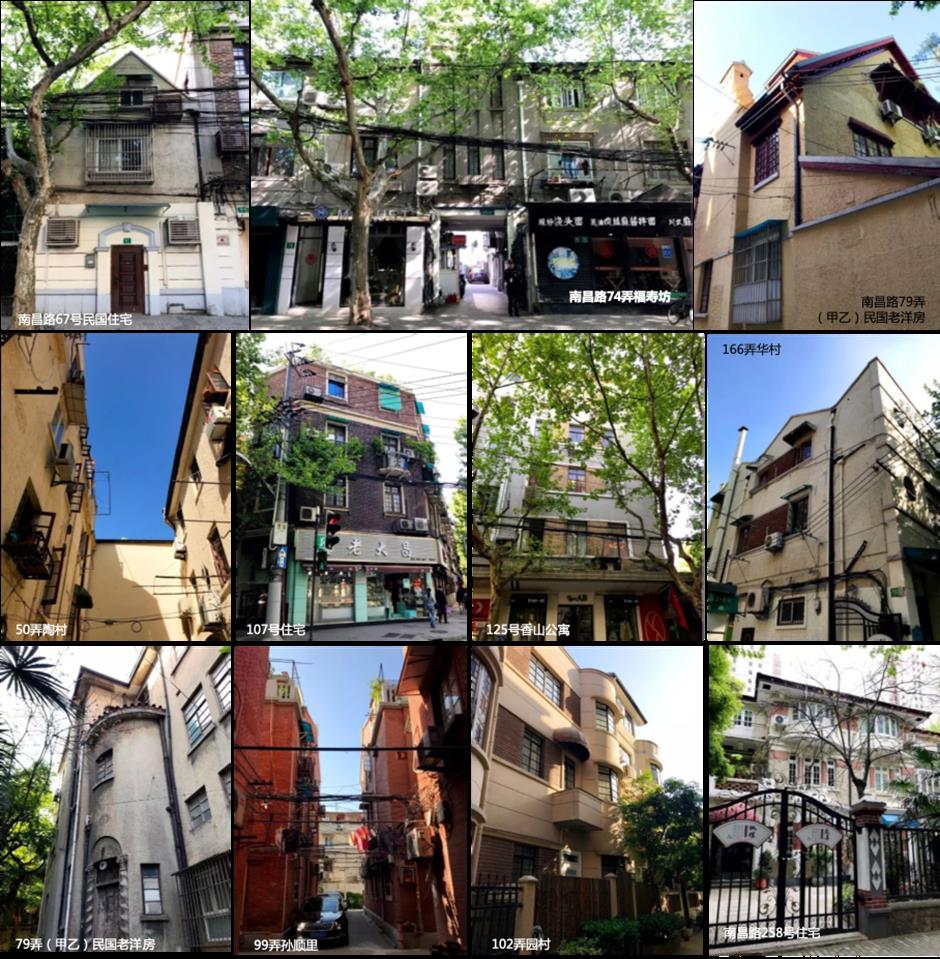