Doctors at Shanghai’s Xinhua Hospital removed a 5-kilogram tumor from the right kidney of a 71-year-old woman, the hospital announced on Monday.

The patient, who had had a long history of hypertension, diabetes and kidney disease had lost function in her left kidney while the other had repeated problems.

She went to Xinhua for emergency treatment in early June and checks found a huge tumor.

Due to the patient’s complicated condition, doctors were not fully confident about remove the tumor while keeping her only functioning kidney. If the right kidney was removed she would need dialysis for the rest of her life.

Both the patient and her husband expressed their strong desire in keeping the kidney and doctors decided to take the risk.

During a five-hour operation, doctors managed to remove the tumor, some 20 centimeters in diameter, and also save the kidney. 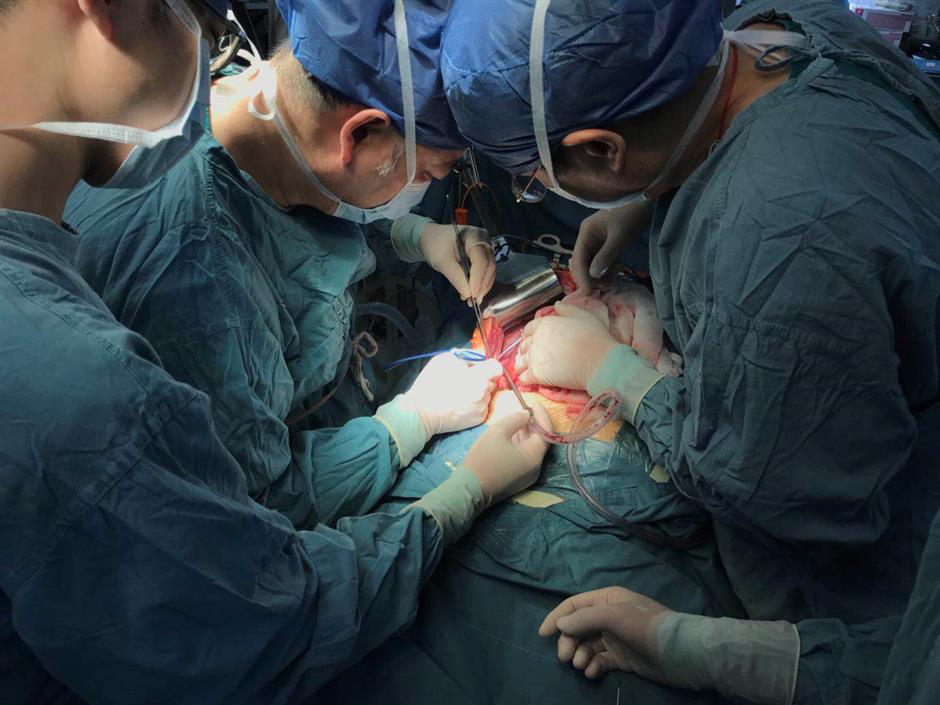