Pedestrians may feel like they're in the driver's seat, because newly developed traffic-light systems in the Pudong New Area empower them to change signal colors by simply pushing a button.

The new signal system is equipped with a blue electronic device under the traffic light for pedestrians, and has been installed at nine Pudong locations — mainly small junctions with minimal foot traffic — to improve traffic efficiency and safety.

After pressing the button, a traffic light turns from red to green as quickly as vehicle traffic allows — usually no longer than 45 seconds.

The device was designed with multiple functions — including special touch patterns — to guide the visually impaired, as well as automatic volume control that adjusts based on surrounding noise.

Shanghai introduced similar devices in 2005 but were abandoned due to poor user experiences and high maintenance costs.

Wang Ningming, an engineer who works with the Pudong police, said the latest attempt comes with better quality and functionality.

“We have upgraded our system based on experiences from other cities such as Hong Kong," Wang said. "Details including sound notifications and LED lights can guide pedestrians through crossings more safely. The flow of traffic is now smoother than before and no major traffic accidents have been reported.”

According to police, the new system will be installed in more than 20 Pudong crossroads by the end of the year. 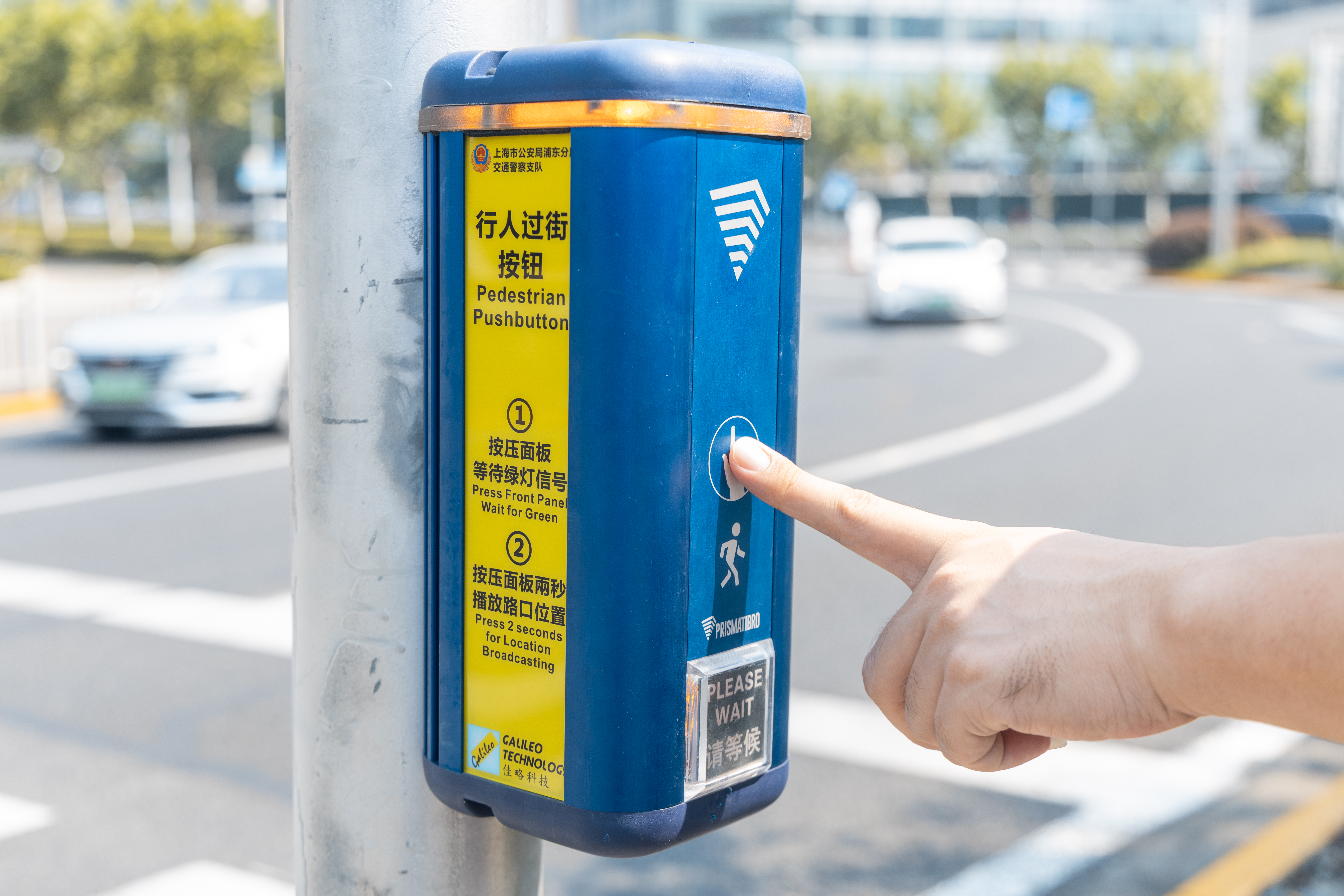