Air defense alarms to sound across the city 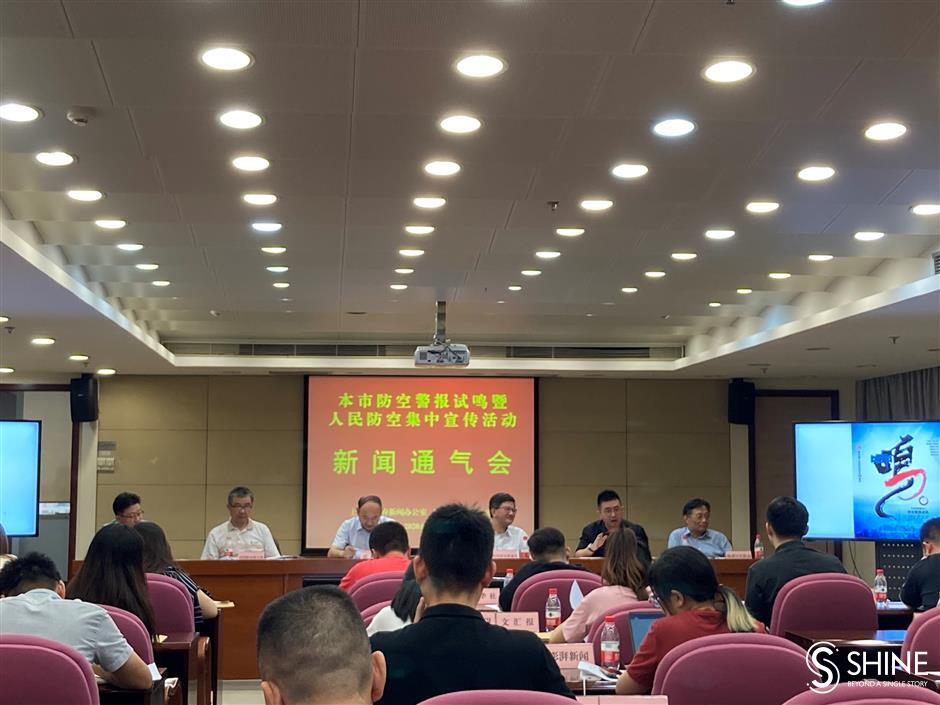 An air defense alarm test is scheduled from 11:35 to 11:58am, except for areas around Pudong and Hongqiao airports..

Drills including evacuations of high-rise buildings and crowded public places will be conducted mostly in residential areas. There will be drills in primary and middle schools on September 18.

Shanghai has conducted air defense drills for 12 consecutive years on National Defense Education Day. This year the number of people taking part will be 15 percent higher than last year.

The civil defense office said the public should stay calm during the sirens-testing period. Residents not taking part in the drills need not take any action.

Various activities will be taking place to raise public awareness of civil defence, including an online knowledge competition, an equipment exhibition and themed performances.