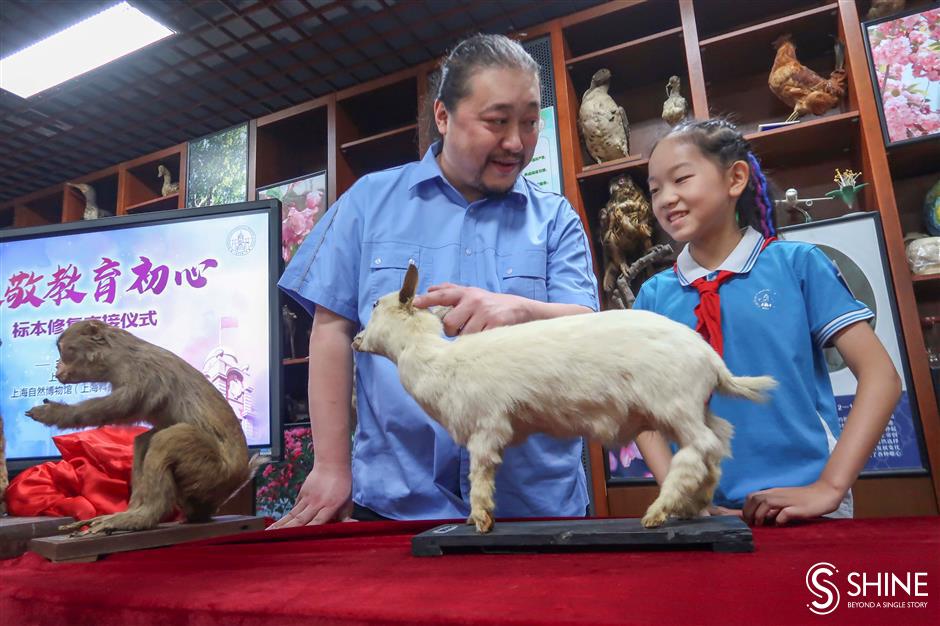 Taxidermist Ma Mingyi points out the goat's ears to a student. 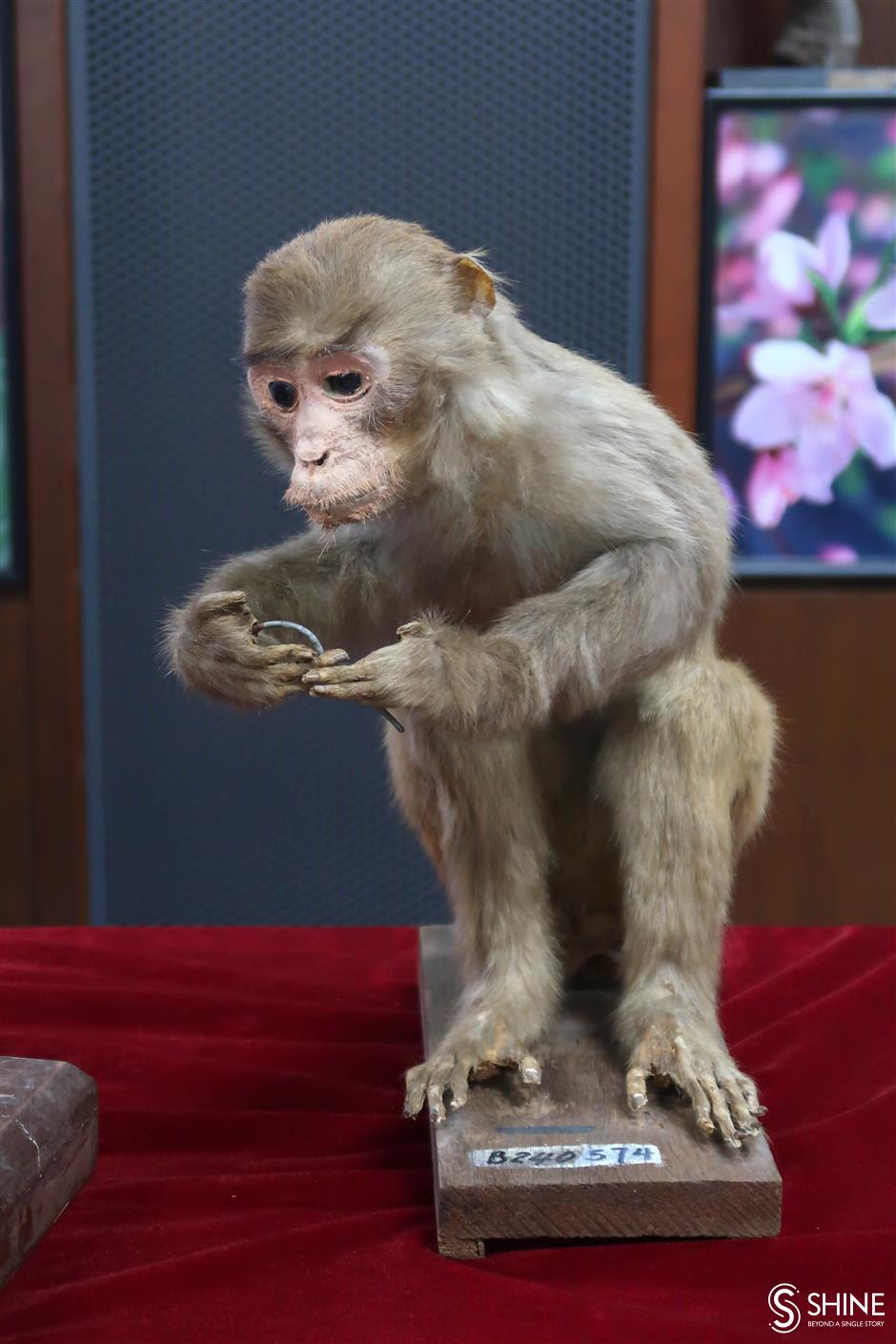 On Thursday, four animal specimens he made more than 60 years ago were returned to the Shanghai Experimental Primary School after repair and restoration.

He had been concerned that the specimens would succumb to mold and insect infestation in the longer-than-usual plum rain season this year. His worries were reported in local media, and experts from the Shanghai Natural History Museum came to the rescue.

They took four specimens — goat, macaque, leopard cat and greater white-fronted goose — back to the museum, and designed plans for each one. The specimens were frozen, disinfected and repainted to give them a new lease of life.

“The ears of the goat specimen had drooped. So we cut a Coca-Cola bottle to get plastic pieces to reshape and reinforce the ears. Several days later, we removed the plastic pieces, and the ears were cocked,” said taxidermist Ma Mingyi.

He added: “The repair of the monkey specimen posed the greatest challenge. Its palms were severely damaged by worms. It was also difficult to repair the goose specimen because we needed to stick every feather to the right place.”

As the specimens will be used in class, the taxidermists used environmentally friendly materials to restore them. 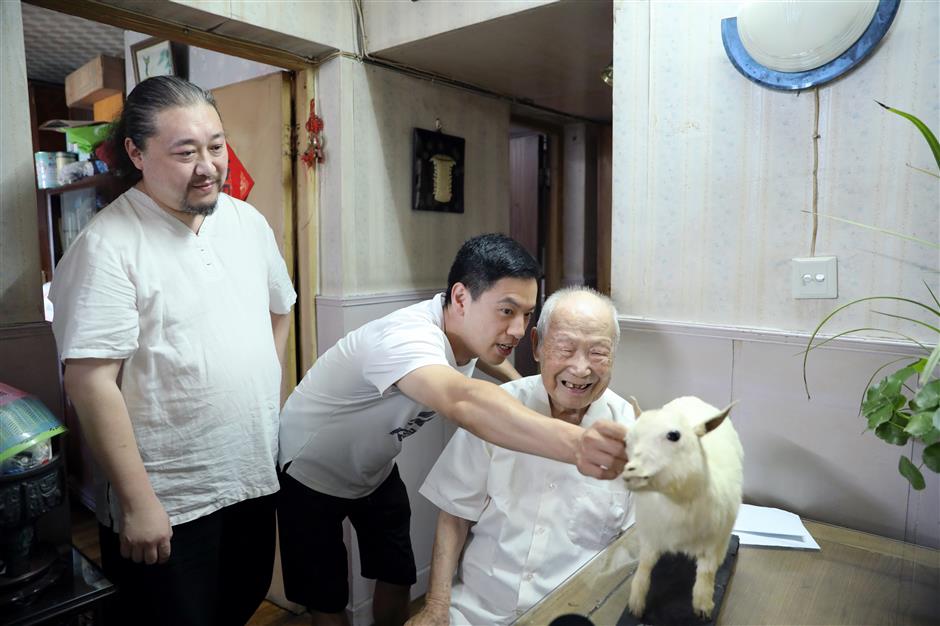 The museum's taxidermists explain to Lin Yuoyu how they restored his goat specimen. 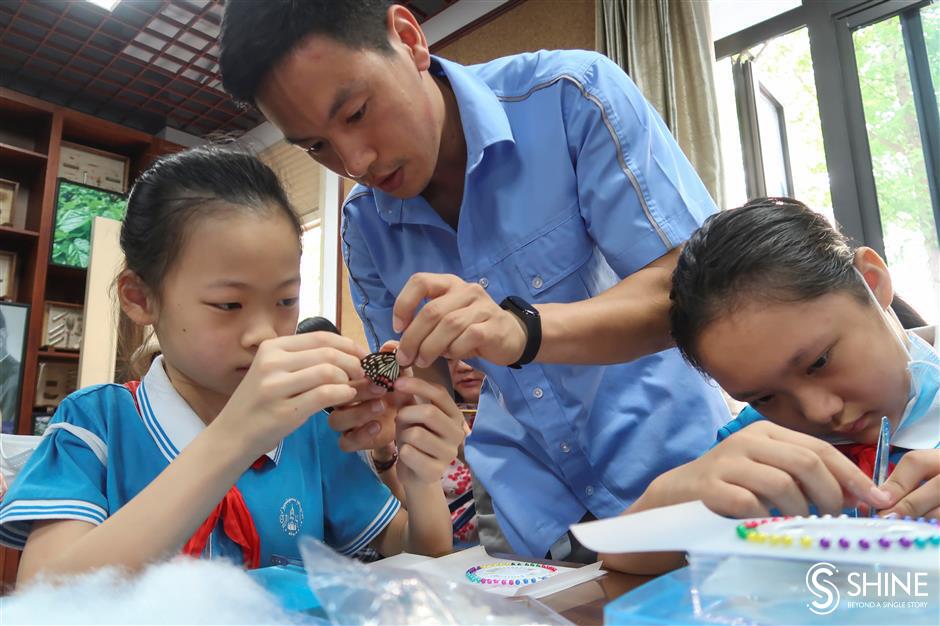 The museum's taxidermists teach students how to make butterfly specimens.

Earlier this week, the museum’s experts visited Lin’s home to tell him the good news. “I’m so happy that these specimens can be used in class again,” he said.

As he wanted to teach his students about the natural world in a more direct way, he decided to make animal specimens. Back then, very few teachers knew how to make specimens. So, he turned to books for help.

Lin has produced more than 1,300 specimens, and some are still preserved at the school.

Headmaster Yang Rong said: “We will keep these specimens forever. They are our treasure. They can remind today’s young teachers of why they become teachers.”

After the four specimens were returned to the school, 16 students had a special class given by the museum’s taxidermists to learn how to make butterfly specimens.

Fifth-grader Shao Yixin said she loved such classes as they allow her to feel and touch the natural world.