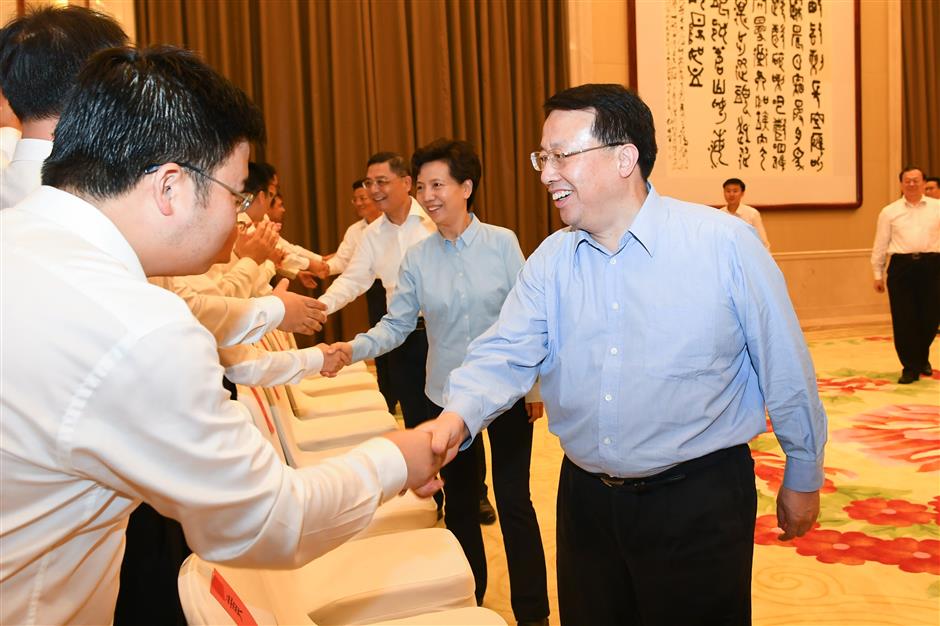 Gong said Shanghai will assist Guizhou in poverty reduction, with stronger measures to win the final poverty alleviation battle. Both sides will focus on the sustainability of the campaign to prevent formerly impoverished families from returning to poverty.

Shen Yiqin, the governor of Guizhou, said that she appreciated Shanghai’s long-term and warm support. She said Shanghai’s assistance to Zunyi has become a demonstration of how the mega consumption market of East China can help the major agricultural base in the nation’s west.

Gong and Shen also visited the third batch of cadres and professionals from Shanghai who are assisting the development of Guizhou. 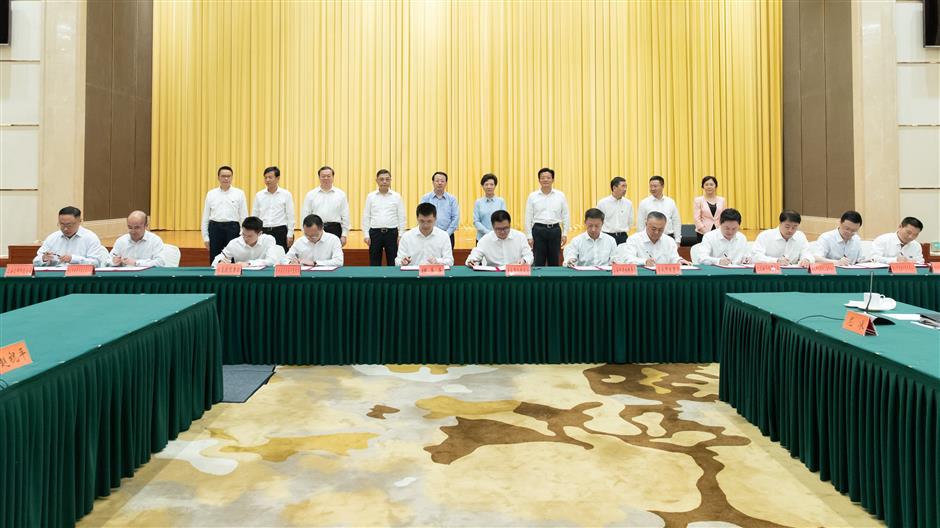 Companies from Shanghai and Guizhou Province sign cooperative agreements to help shake off poverty in the southwest province.

After the meeting, Gong led the delegation on a visit to an industrial park and relocation site in Zunyi to check on Shanghai’s efforts.

Shanghai has been collaborating with Zunyi since 2013 on the poverty reduction campaign. Shanghai has launched 651 projects related to talent, labor force and industries to help eight former impoverished counties in Zunyi.

One of the key measures is to support industrial development in Zunyi. For instance, the Shanghai Mercury Group, a local home textiles giant, has developed textile production in Fenggang County of Zunyi. The company has created over 500 job opportunities.

Gong asked the company to drive the development of the agriculture, production and tourism sectors and open online sales channels.

Officials from Shanghai and Guizhou at the joint poverty alleviation conference on Friday.

The delegation also visited the largest relocation site for impoverished families in Fenggang. Eight workshops have been established at the site to help over 400 people become employed. With the support from Shanghai, a community children’s home and clinic offering free medical services have been developed.

Yang Changping from a former listed poor family has opened a small shop. Gong visited his home and asked about his current living conditions.

Shanghai has helped boost tourism resources and develop a tea plantation in the Jinhua Village of Meitan County into a profitable site.

The delegation also visited the martyrs’ cemetery of the Red Army and the historical site of the Zunyi Meeting, a decisive conference held in 1935 determining the fate of the Communist Party of China and the Red Army during the Long March. 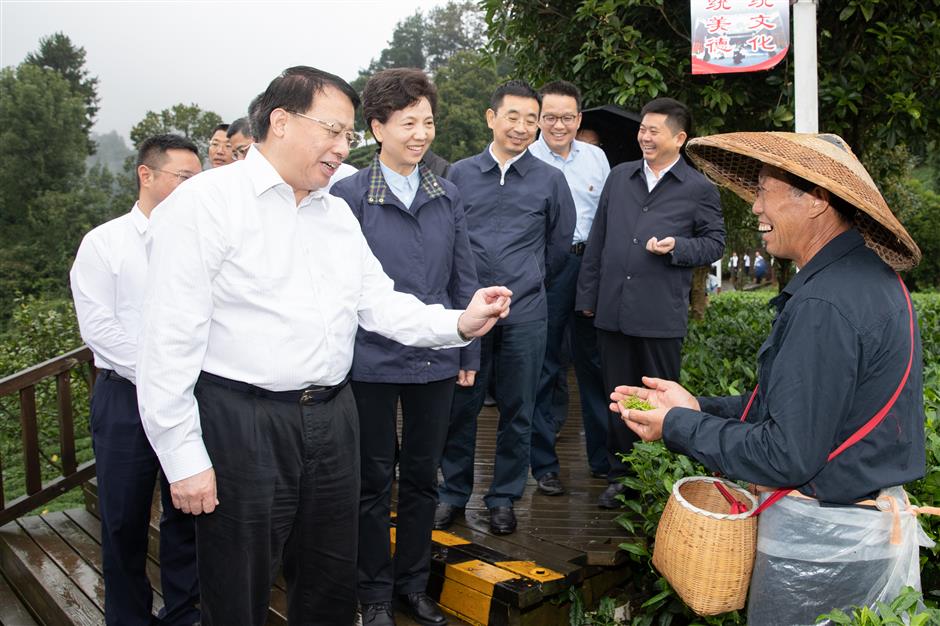 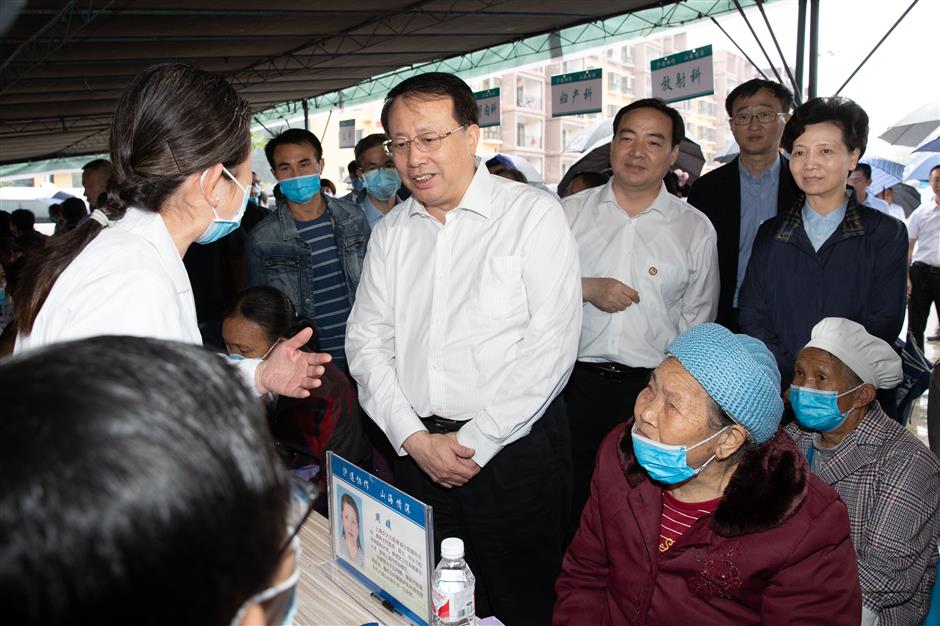 Shanghai Mayor Gong Zheng checks on a free medical service site at a relocation center for poor families in Zunyi.