Patient with heart on the right has successful surgery

A 79-year-old man, whose heart is on the right side of his chest, has received two operations during one surgery at Shanghai Chest Hospital.

It is the first time that one patient received such two operations during one surgery in the world.

Gu’s situation became very serious and he couldn’t sleep at night. He went to the Shanghai Chest Hospital.

Dr He Ben said Gu was at a very serious risk of stroke. The possibility of survival for one year was less than 40 percent.

Due to the deformity of the patient’s heart and his diseases, it was a highly risky surgery, during which doctors conducted two procedures to treat the aortic stenosis and prevent the risk of stroke. 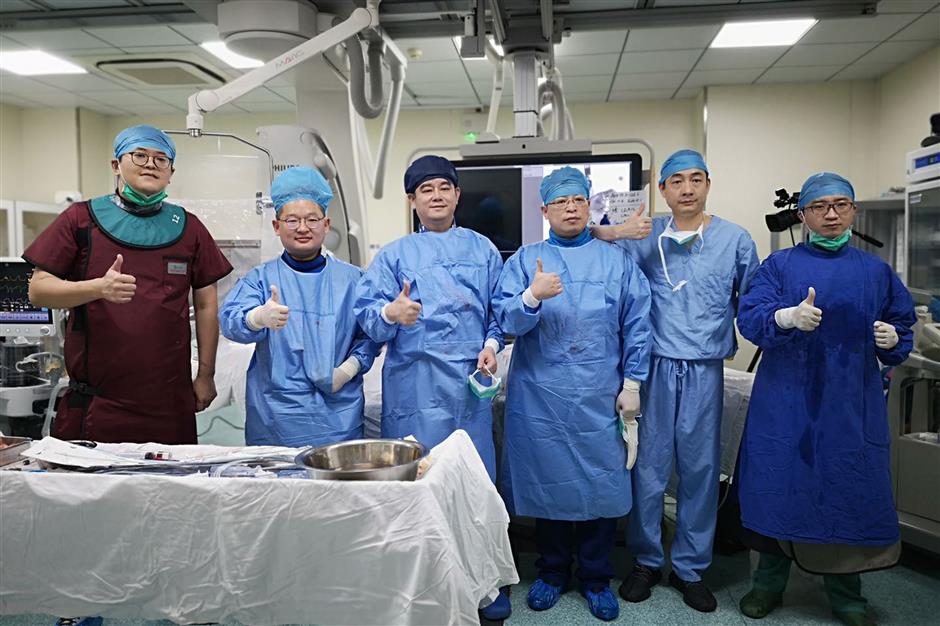 Doctors after the successful surgery.