Tourism offer that's too good to pass up 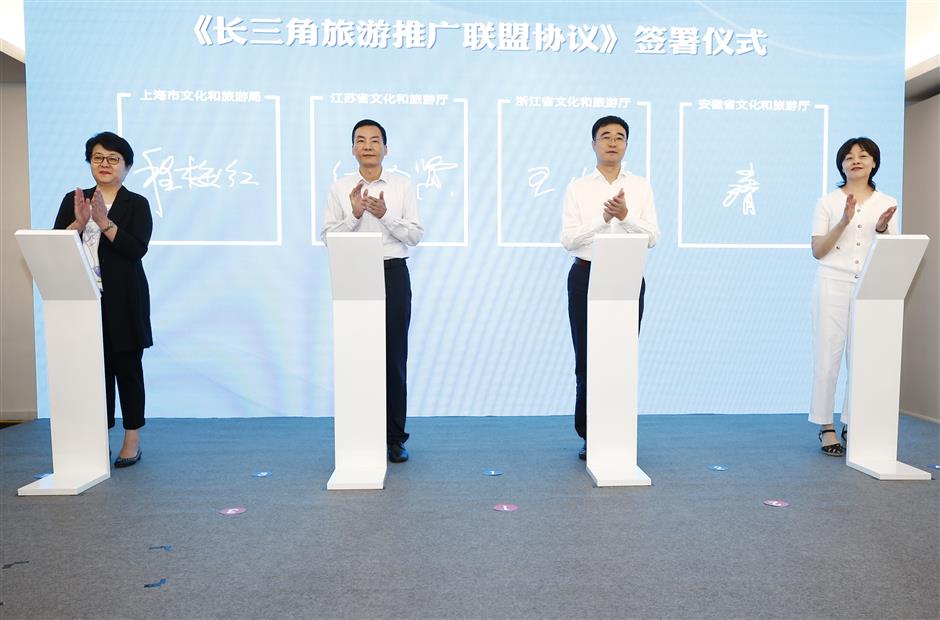 Annual tourism passes to attractions in 17 cities in the Yangtze River Delta region were launched in Shanghai on Saturday.

The initiative will beef up the integrated development of the region as part of the Shanghai Tourism Festival which will officially raise its curtain on Saturday night.

The pass is valid for one city only. Separate passes must be purchased for other cities.

The Huangpu River cruise tour and scenic areas such as Xixi Wetland, Yandang Mountain, Yunhe Terraced Fields and Nanxun Ancient Town are on the list.

The scope of the tourism pass will be expanded in the future.

The Yangtze River Delta region tourism promotion alliance was established during a ceremony on Saturday by cultural and tourism authorities from Shanghai and Jiangsu, Zhejiang and Anhui provinces.

The alliance will jointly host tourism promotion campaigns both at home and abroad, design tourism routes together, and promote regional tourism consumption exchange and interaction.

The target is to promote the region's tourism, enhance its tourism competitiveness, spur the vitality and potential of cultural and tourism consumption in the region, and make it into a tourist destination with global influence, authorities said.

With the accelerated pace of integration of the region and the resumption of cross-province group tours, the cultural and tourism market of the region is recovering rapidly, authorities said.

The region has formed a mature regional cultural and tourism market, which reaped 3,771 billion yuan of domestic tourism revenue last year, growing more than 10 percent from a year earlier.