Happy times ahead with half-price admissions 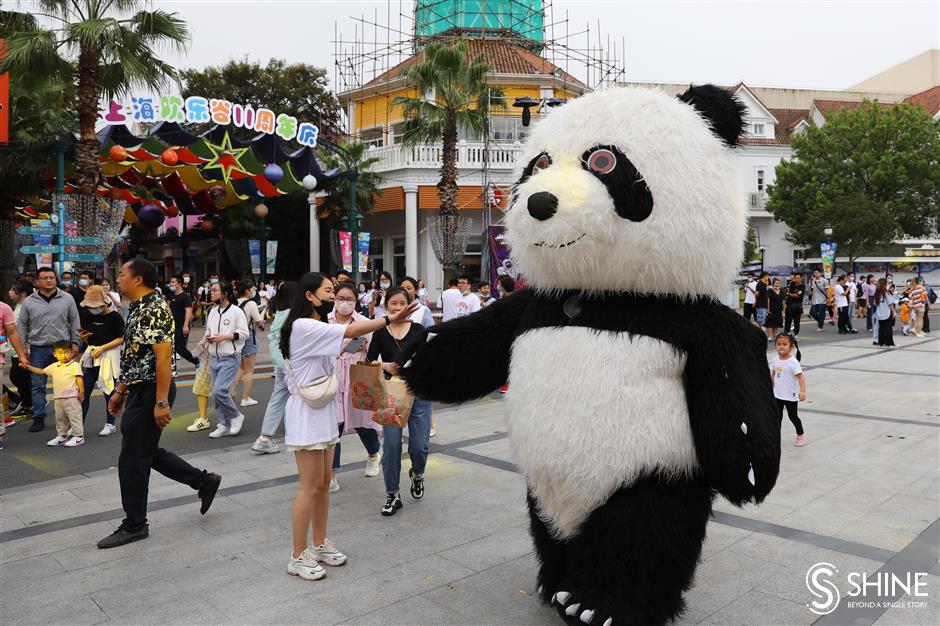 A giant panda mascot interacts with visitors at Shanghai Happy Valley on Saturday. 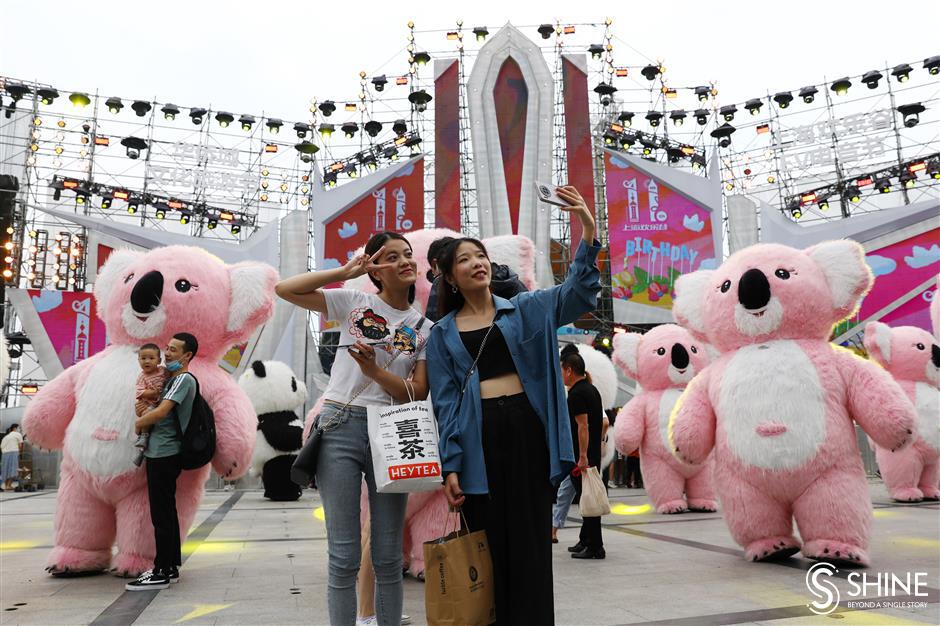 The half-price ticket offer will last till September 18 as part of the Shanghai Tourism Festival. The normal price is 230 yuan per person.

A 399-yuan (US$58) annual pass has also been released with unlimited entry to the amusement park through to the end of this year.

An electronic music party is scheduled at the park on Saturday night.

On Saturday, the Xiangshan Global Studios in Ningbo City, neighboring Zhejiang Province, designated the amusement park as its exterior scene shooting base. 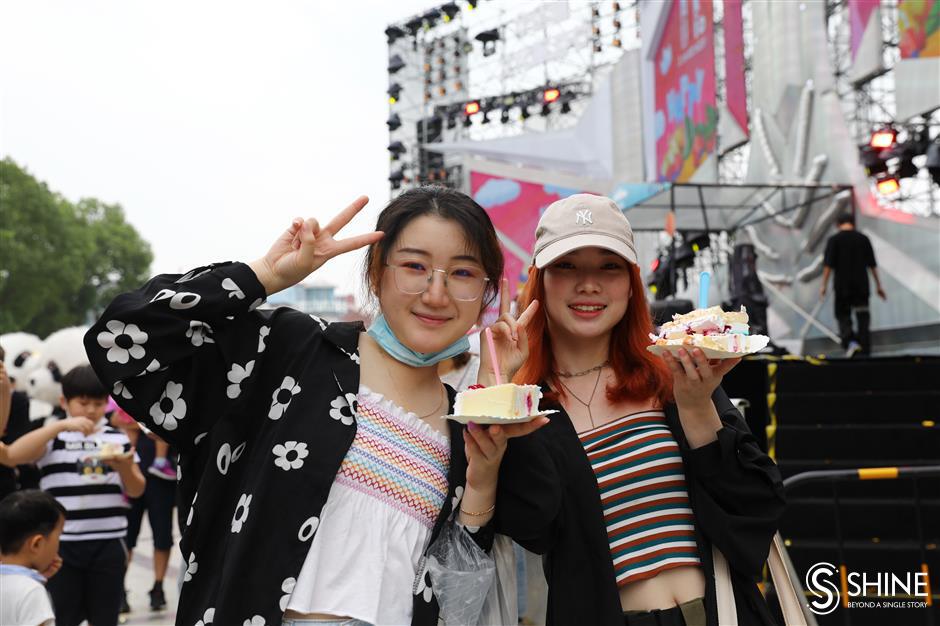 Two visitors enjoy cakes for the 11-year birthday of the amusement park on Saturday. 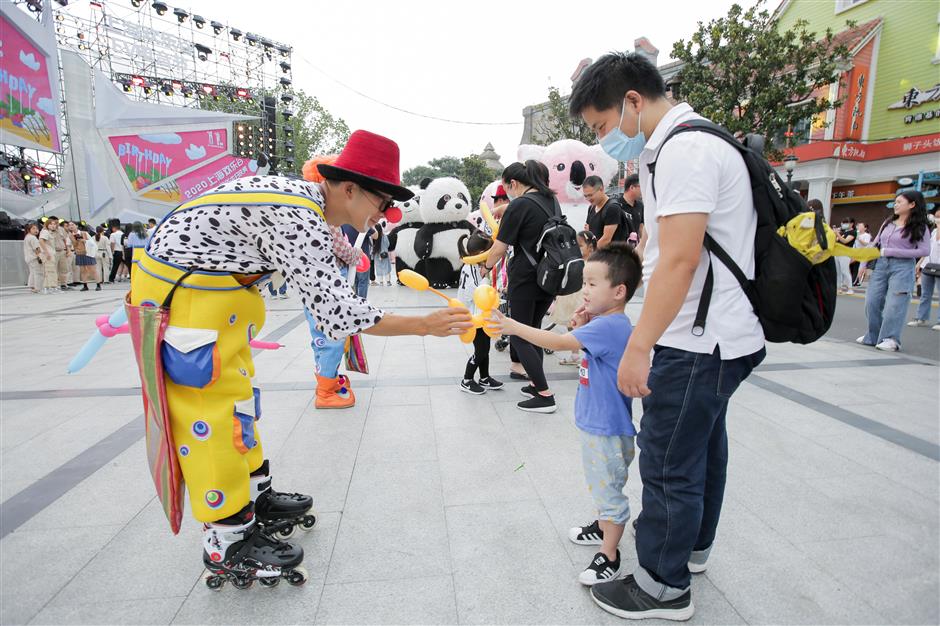 A clown interacts with visitors. 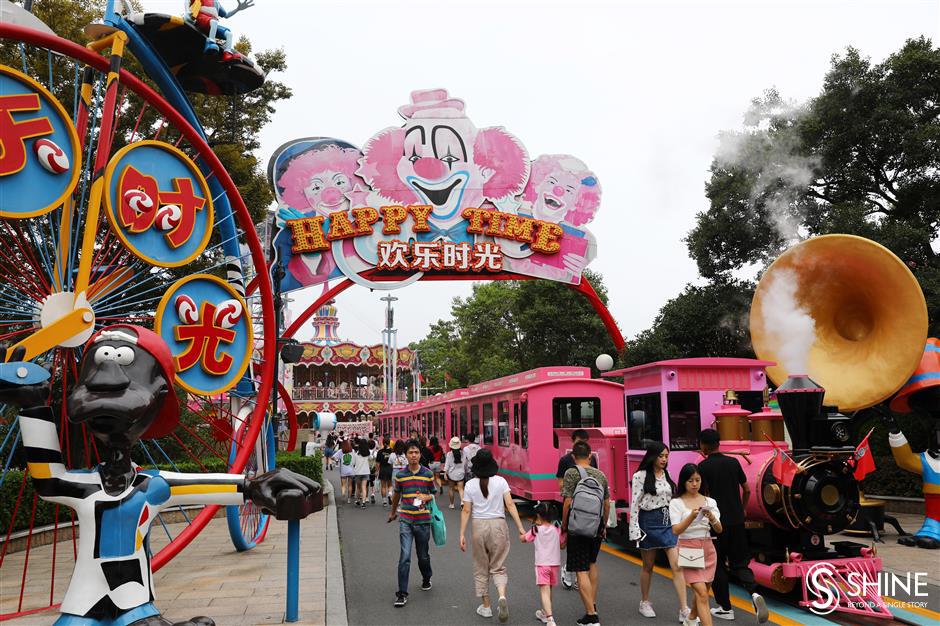 The amusement park has been spruced up.

The amusement park, a 4A national tourist attraction, has been the venue of a number of films and TV productions such as comedy drama “Pegasus” and urban romance “Go Go Squid” as well as reality shows like "Run For Time" and "Running Man."

Sixty-nine tourist attractions and museums across the city are offering half-price admissions between Saturday and September 18 as part of the 31st Shanghai Tourism Festival.