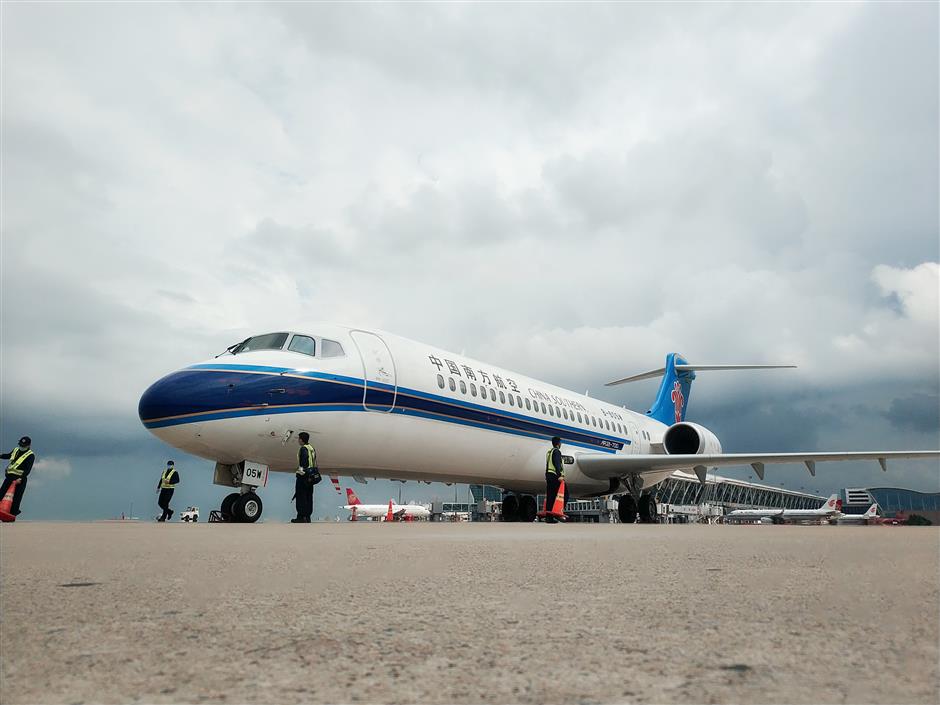 The ARJ21 travels from Jieyang, Guangdong, to Shanghai’s Pudong International Airport at 11:35am and returns to Jieyang at 3:10pm every day.

The same aircraft will fly from Guangzhou to Jieyang and Jieyang to Guangzhou before and after the trip to Shanghai, marking the longest six hours and 45 minutes daily flying period of the regional jet, since it started commercial operation with the carrier in July.

China Southern took delivery of its first ARJ21 on June 28 and started commercial operation on July 15. The aircraft has transported over 10,000 travelers with the carrier since then.

Developed by the Commercial Aircraft Corporation of China (COMAC), the ARJ21 is China's first turbo-fan regional passenger jetliner model. It is designed for 78 to 90 seats and has a range of 3,700km. It can fly in alpine and plateau regions and is adaptive to various airport conditions.

“The flight to Pudong will help the ARJ21 further improve its reliability and economic efficiency, because the Pudong airport is the major base for the development of China’s homemade airliners,” an official with the airline said.

The carrier will help accumulate the commercial operation experiences for the ARJ21 and enhance its flying safety maintenance capabilities, he said. 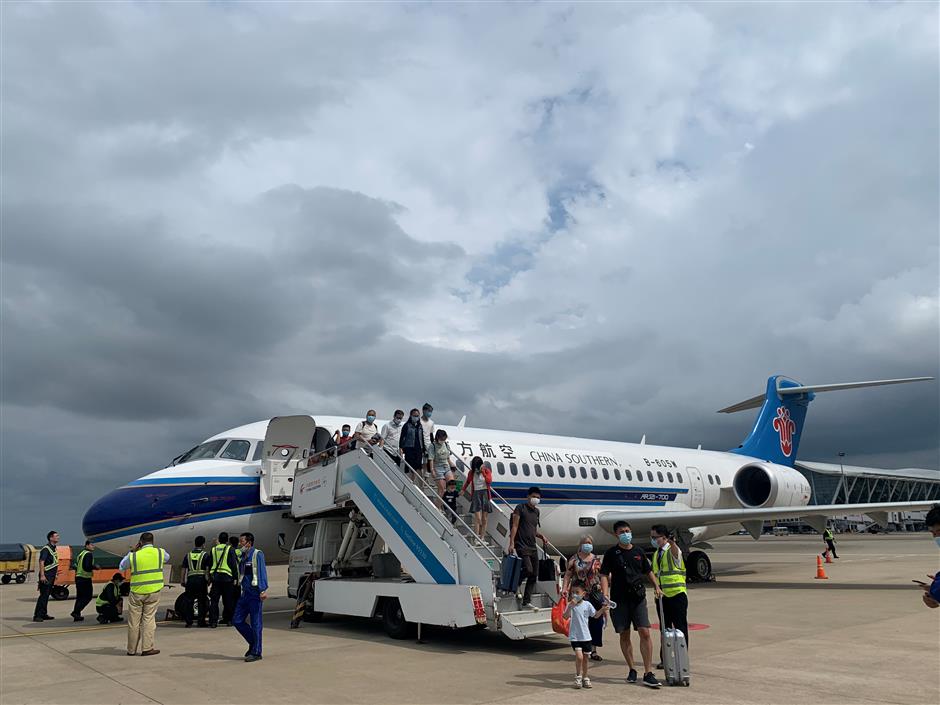 Jieyang is in the key region of the Guangdong-Hong Kong-Macau Greater Bay Area. The route operated by the ARJ21 aims to further enhance the economic and cultural exchanges between the area and the Yangtze River Delta region. Both have been listed as national strategic development zones.

China Southern’s ARJ21 features a 90-seat all-economy configuration, along with a wider aisle and seats compared with airliners of the same size. Each seat is equipped with a USB charging port for passengers to charge their phones or electronic devices.

The Guangzhou-based carrier plans to take delivery of another two ARJ21s by the end of 2020. The fleet of ARJ21s will reach 35 with the airline by 2024.

The carrier plans to deploy part of its ARJ21 fleet to the Beijing Daxing Airport by then, where China Southern serves as the biggest home base airline.

COMAC has so far delivered over 30 ARJ21s to Air China, China Eastern, China Southern, Chengdu Airlines, Jiangxi Air, Urumqi Air and Genghis Khan Airlines. Orders for the ARJ21 total about 600 units from over 20 domestic and international customers, according to COMAC.

Over one million passengers have now traveled on the ARJ21 via multiple Chinese carriers. Since the jet started commercial operations with Chengdu Airlines in June 2016, it has connected 56 domestic and international cities. Additional short and medium-haul routes to eastern Russia, Japan, South Korea, Southeast Asia and South Asia have been planned. 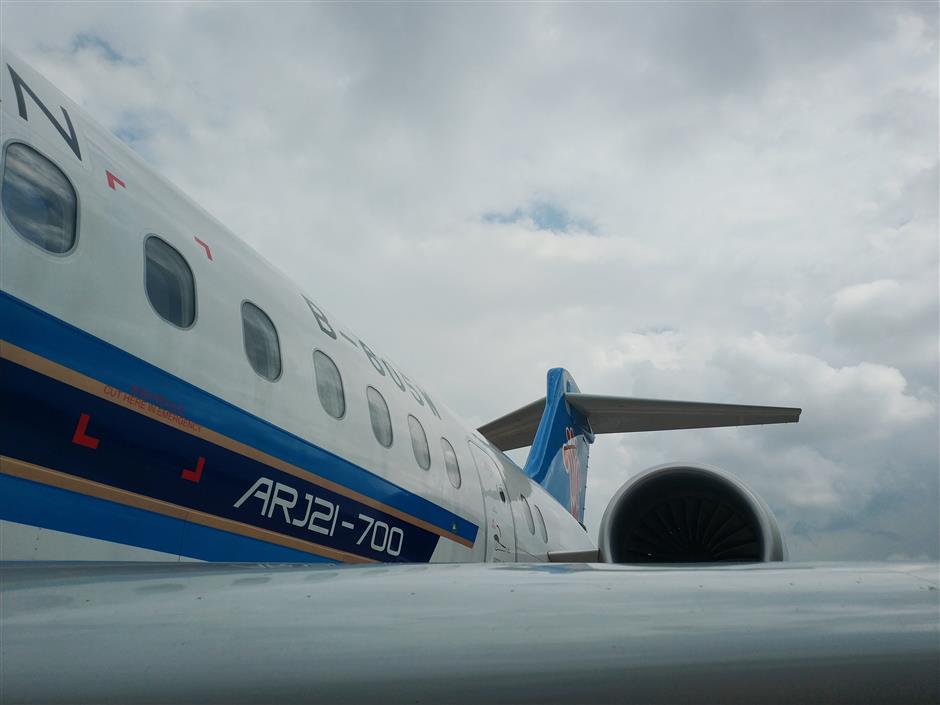 China Southern’s ARJ21 features a 90-seat all-economy configuration, along with a wider aisle and seats. 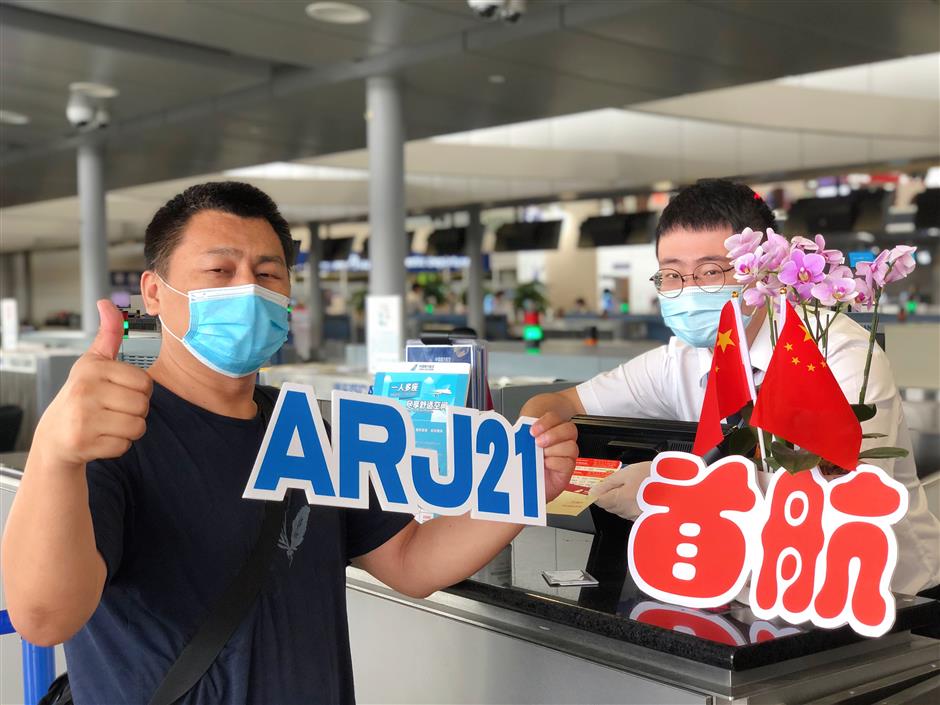 A passenger poses with a member of staff. 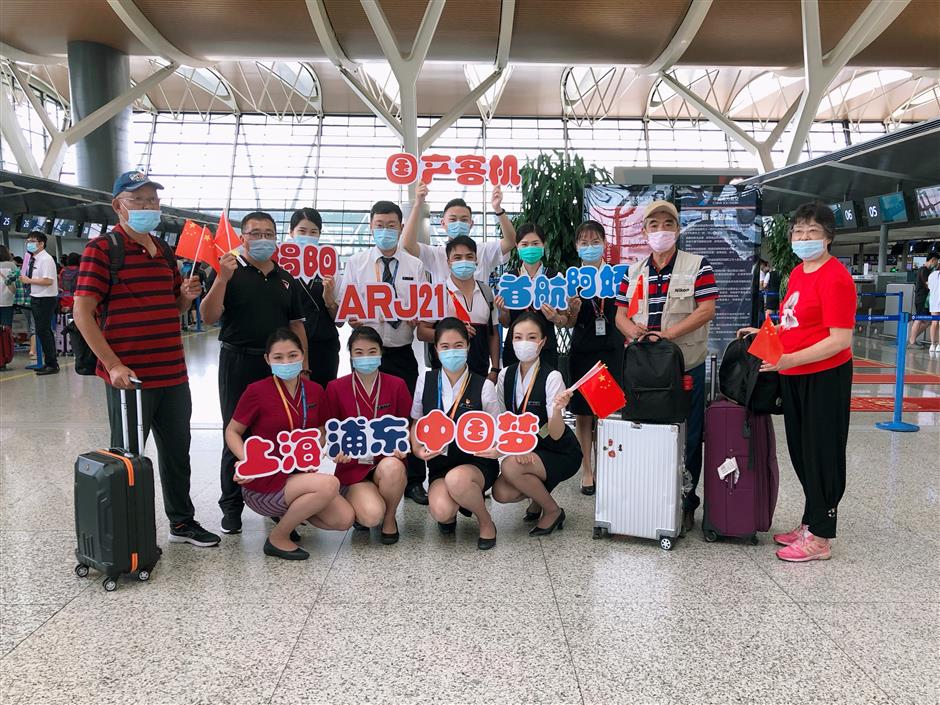 Passengers with China Southern's ARJ21 flight to Jieyang pose with the airline's staff at Pudong airport.