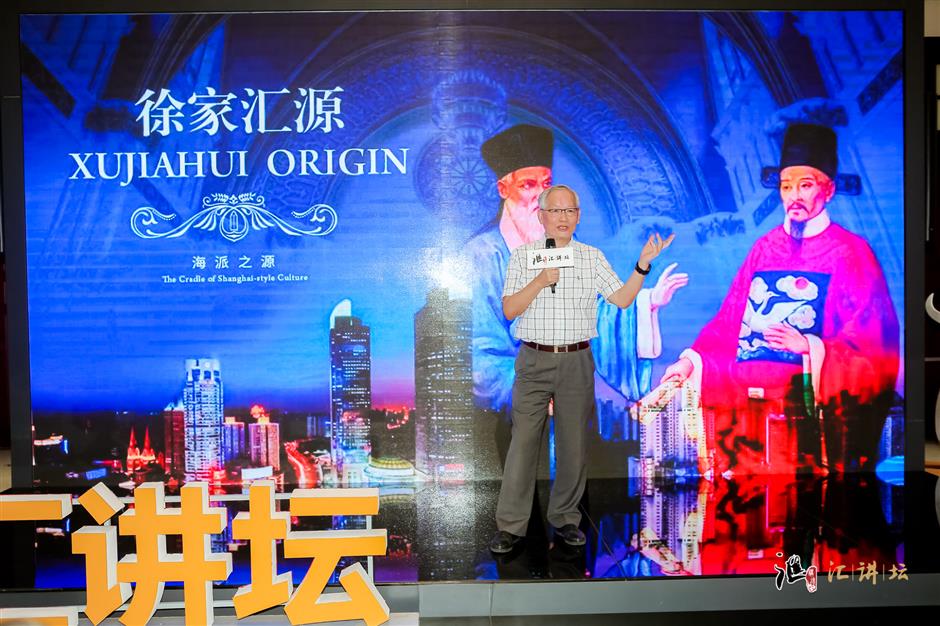 Wang Zhan, the president of Shanghai Federation of Social Science Associations, introduces the origin of Haipai Culture at a public forum on Saturday.

Experts and officials shared their latest research on the origin of Shanghai cultures and the history of Xujiahui on Saturday at the Hui Forum public lecture.

The lecture was held at the historical Major Seminary of the Xuhui District Hui Exhibition Hall opposite the tomb park of Xu Guangqi (1562-1633), the scientist-scholar for whom Xujiahui is named.

The origin of the Haipai Culture, or the unique east-meet-west culture of Shanghai, started from the Tushanwan region in Xujiahui in the 19th century, Wang Zhan, the president of Shanghai Federation of Social Science Associations explained.

Tushanwan — or, in Shanghai dialect, Tou-Se-We — was originally a muddy, hilly section of Xujiahui in the late Qing Dynasty (1644-1911). In 1864, a French Catholic Church relocated an orphanage from Qingpu County there. Along with orphans, it brought Catholic culture, art and stained glass.

The French missionaries founded an art studio at Tou-Se-We, which later became a cradle for modern Chinese artists.

Wang said the Jiangnan Culture, or the culture developed along the downstream of the Yangtze River, came from the cultural clashes between China’s north and south regions, while the Haipai Culture blended foreign cultures, keeping the most outstanding elements.

The Tou-Se-We became the blending point of the various cultures and the origin of the Haipai Culture, Wang noted.

Li Ping, a professor with Shanghai Normal University, said the Tou-Se-We orphanage accepted a large number of orphans from the Jiangnan area and offered them modern education and vocational training. 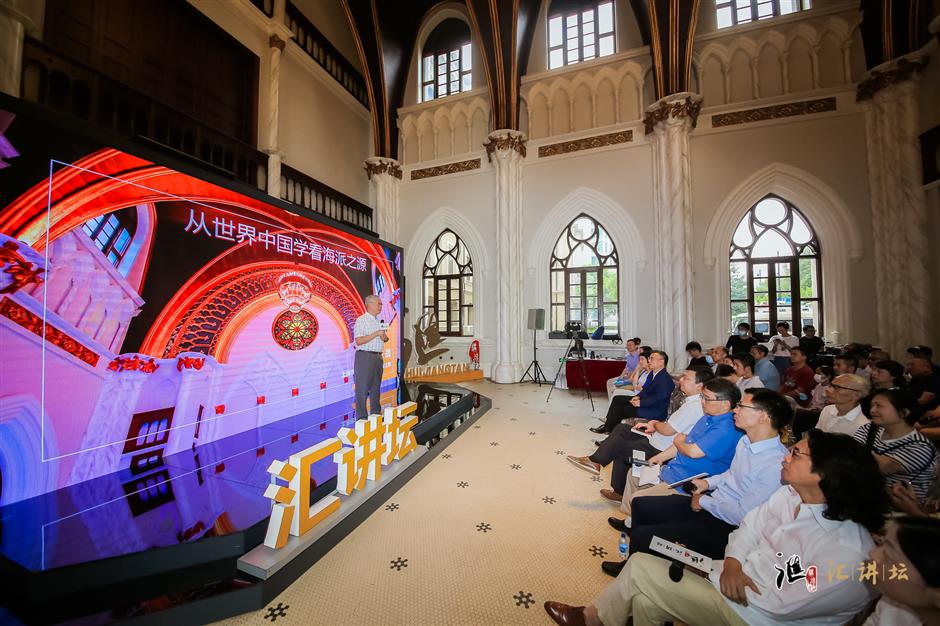 The Hui Forum at the historical Major Seminary of the Xuhui District Hui Exhibition Hall on Nandan Road.

“Each student would receive a two-year-long skills training before being allocating to the workshops for carpentry, printing, painting or copper-smithing,” Li said. Chinese painting master Xu Beihong (1895-1953) described the Tou-Se-We as “the cradle of China’s west paintings.”

Wang said Chinese cultures were also introduced to the West from this place.

A memorial archway carved by dozens of orphans at the Tou-Se-We, for example, was once exhibited at World Expositions in 1915, 1933 and 1939. Under the guidance of Sinologist Aloysis Beck, the orphans worked six traditional Chinese stories into the sculpture, such as how Zhuge Liang, the prime minister of the Kingdom of Shu, suppressed a tribal uprising led by Meng Huo in the south during the Three Kingdoms period (220-280 AD).

The archway is being exhibited at the Tou-Se-We Museum, developed from the original site of the orphanage.

The Analects of Confucius was also initially translated into Latin at the Xujiahui area and promoted to the world, Li said.

Due to the Tou-Se-We cultures, many foreign literature works were translated and read by Chinese audiences. The translation center later moved to Hongkou where many books translated in Japanese were re-translated into Chinese, according to Wang’s research.

The Communist Manifesto was translated in Shanghai and the Communist Party of China was later founded in the city.

Fang Shizhong, director of Xuhui District, said after the lecture that the district aims to further develop the Xuhui culture which blends well with the Jiangnan, Haipai and Red cultures. 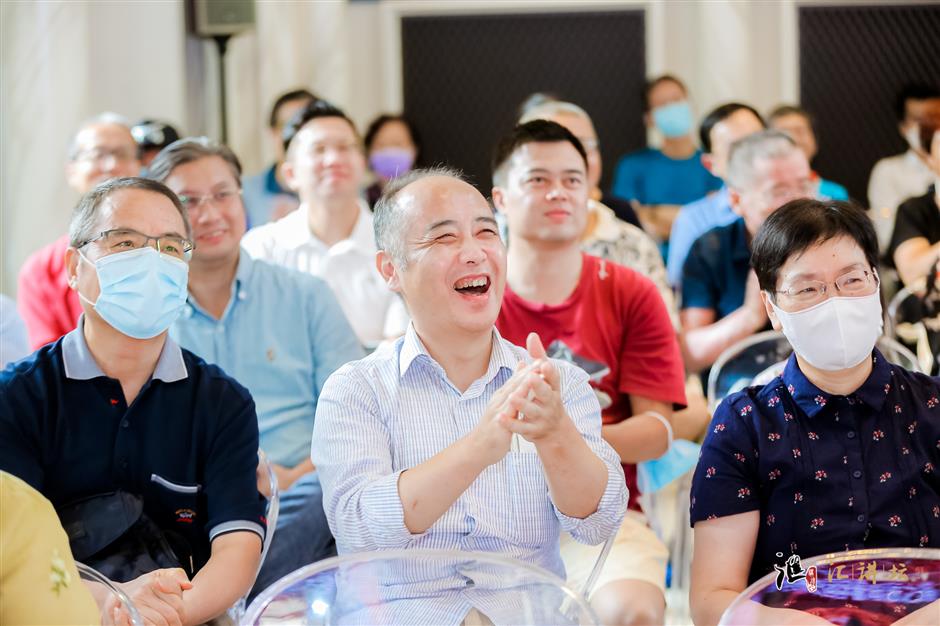 The presentation delights the audience. 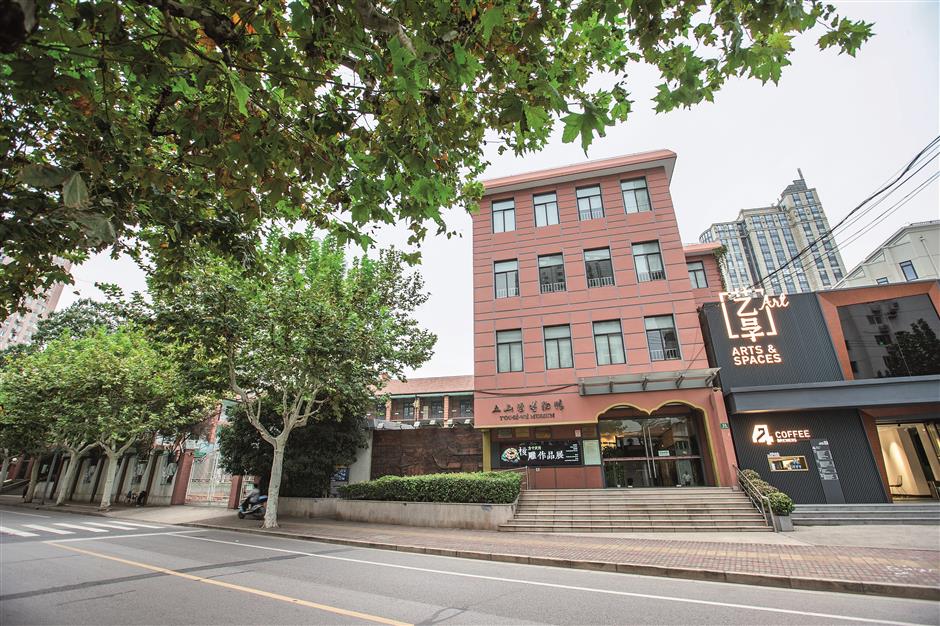 The Tou-Se-We Museum in Xuhui is developed on the original site of the Tou-Se-We Orphanage.