QR codes put city's culture and history in the picture 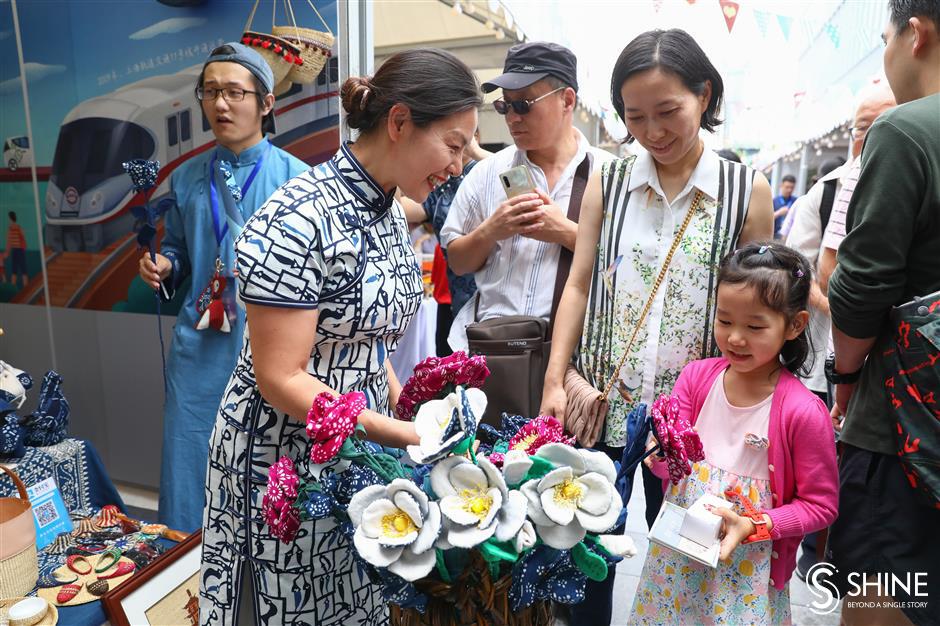 People tour the cultural and innovative product bazaar at the Kerry Center on Sunday. 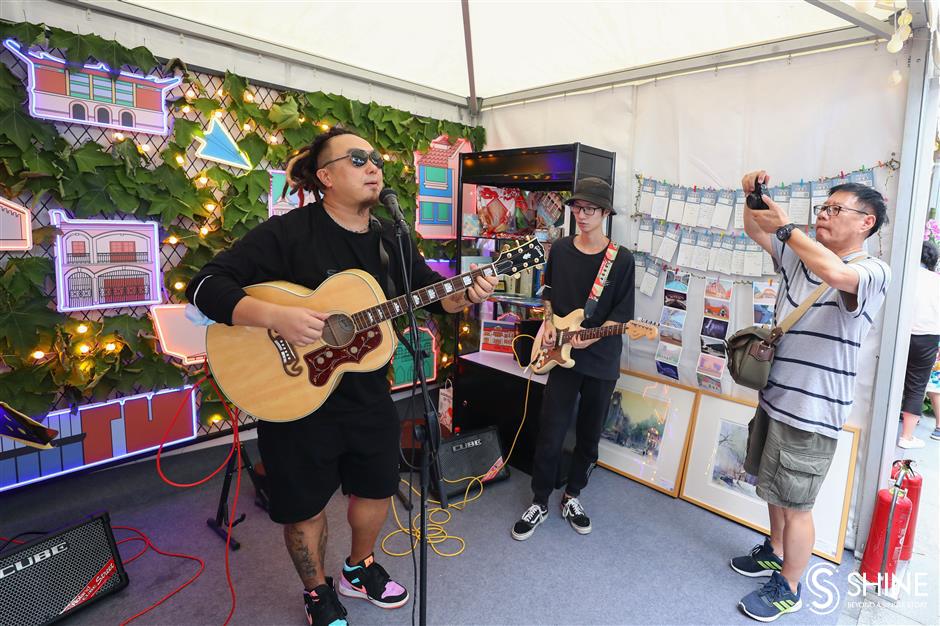 A performance during the bazaar.

QR codes have been installed on more than 2,400 historic buildings and protected areas in Shanghai so that people can learn about their background, the city’s cultural and tourism authorities announced on Sunday.

Residents and tourists can read the texts, some are bilingual, check out pictures, both old and new, and listen to the audio or watch videos simply by scanning the code with their smartphones.

They can even have a virtual tours via the codes.

So far, 2,458 architectural gems across the city are on the list and 1,039 historical buildings have opened to the public, according to the Shanghai Administration of Culture and Tourism.

The installation of QR codes has been expanded to historical buildings citywide from the original 400-plus in six districts in 2018, said Ou Xiaochuan, deputy director of the cultural relics department of the administration.

"People can see representative architecture styles from across the world in Shanghai," said Ou.

"They offer a glimpse into Shanghai's stories and culture."

It enabled residents and tourists to get close to the city's architecture and promote the development of the city's cultural and innovation industries, the administration said. 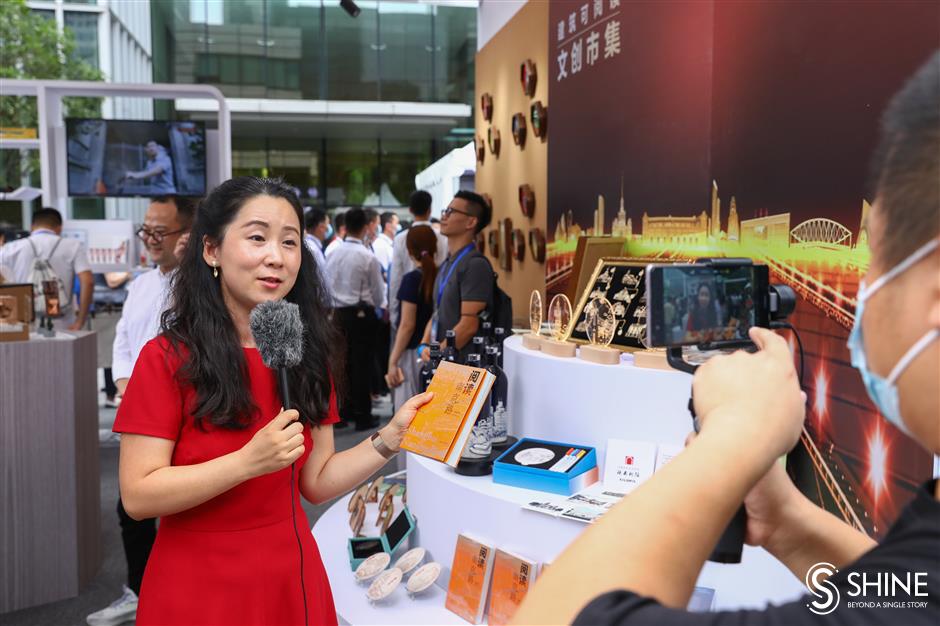 Michelle Qiao, columnist and chief reporter of Shanghai Daily, shares the stories behind architecture during the bazaar. 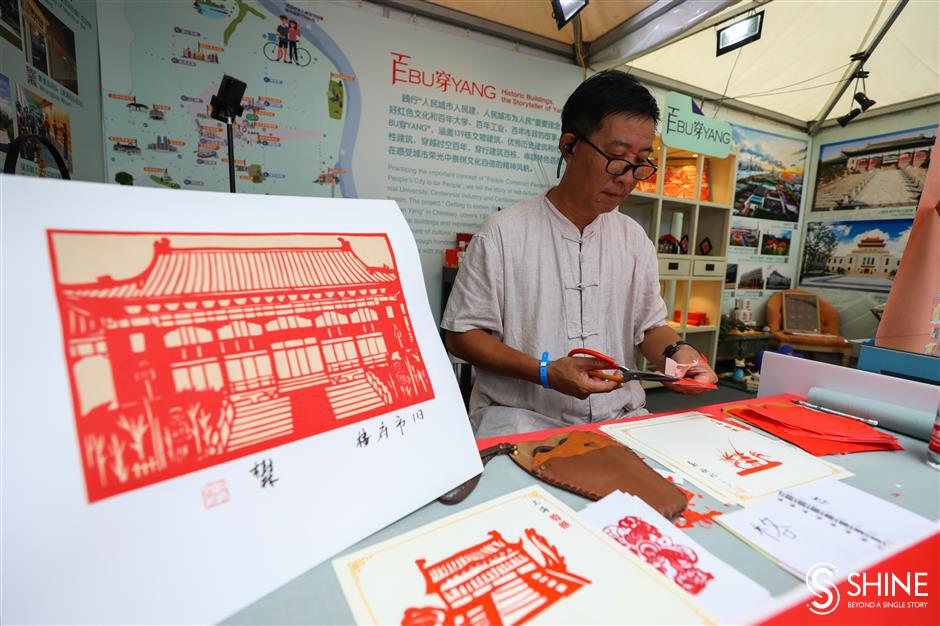 A paper cutting display at the bazaar.

"The bazaar is both fun and knowledgeable. The straw-weaving products from the city's countryside are both refined, beautiful and practical," said Chen Xiaoyi, a Shanghai resident touring the market with her friend.

The administration also released a list of 16 recommended spots for a night tour in the city, and 103 micro tour routes to experience the city's architecture.

"Residents and tourists are able to experience the city's glamour on foot and hear the past and present of historical architecture by following these routes," said Ou.

Anyi Road market, a pop-up pedestrian-only night street fair in Jing'an District, and Columbia Circle, a redeveloped culture park in Changning District with a preserved old mansion-compound, industrial buildings and an outdoor swimming pool, widely known for the Columbia Country Club in the 1920s, and Qibao ancient street in Minhang District are among the recommendations.

One route inviting residents and tourists to take a stroll under plane trees will take walkers to Cite Bourgogne, Moller Villa and Jinjiang Hotel, while another featuring a blend of East-meets-West culture strings the T’ou-Se-We Museum, Xujiahui Catholic Church and Bibliotheca Zi-Ka-Wei in Xuhui District.

"We hope people can follow our routes and experience Shanghai's charm and vitality."