Shanghai Party Secretary Li Qiang hosted a meeting with a delegation of envoys from 18 Latin American and Caribbean countries to China in Shanghai yesterday. 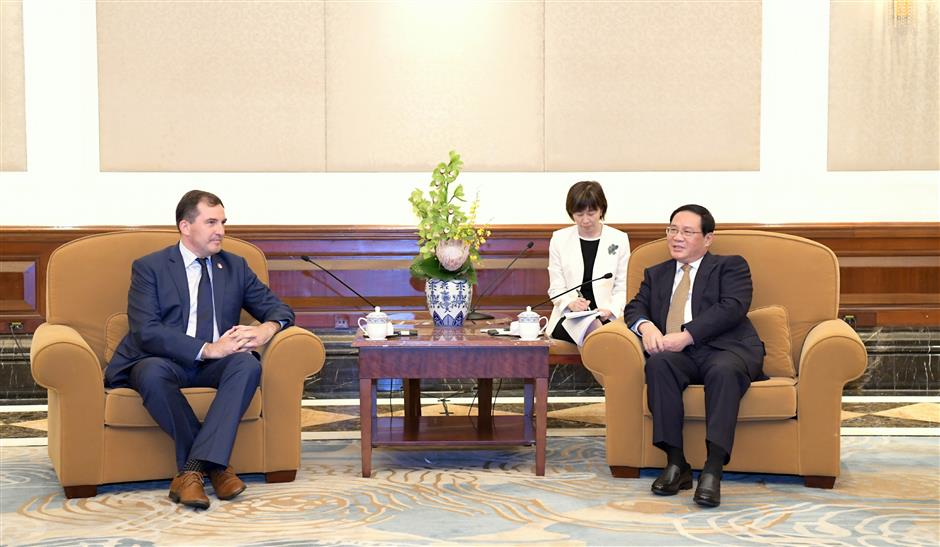 Shanghai Party Secretary Li Qiang (right) talks with Fernando Lugris, ambassador of Uruguay to China, during a meeting with a delegation of envoys from 18 Latin American and Caribbean countries to China, in Shanghai yesterday.

Li welcomed the envoys on behalf of the Communist Party of China Shanghai Committee and the Shanghai municipal government, and introduced to them measures taken for the prevention of COVID-19 pandemic as well as the development of economy and society in Shanghai.

The friendly relationship between China and Latin America and the Caribbean has achieved fruitful results, and Shanghai will unswervingly expand its opening to the outside world and continue to promote multi-field and multi-level international cooperation, according to Li.

Fernando Lugris, Uruguayan ambassador to China, expressed the envoys’ gratitude to China for providing support and help in fighting against the coronavirus pandemic. He expressed interest in deepening exchanges and cooperation and gave his good wishes that the upcoming 3rd CIIE will be a great success. 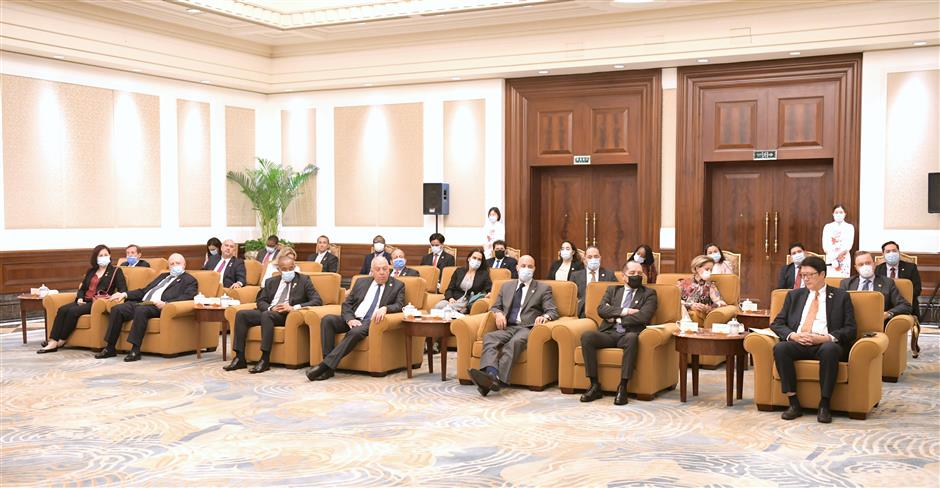