Leading auction houses and art galleries sign a letter of intent for strategic cooperation with the ART Tower project in Xuhui's West Bund waterfront on Tuesday.

Shanghai will launch an international artwork trading month to boost its global clout as the world’s art trading schedule has been disturbed by the novel coronavirus pandemic.

The 2nd Shanghai International Artwork Trade Month will be held at the West Bund waterfront along the Huangpu River in Xuhui District between October 15 and November 15, organizers announced on Tuesday.

With a theme of “Global Art in Shanghai Time,” the month will feature autumn auction events of world-leading auction houses such as Sotheby's and Christie's, as well as exhibitions by prestigious art galleries, artists and collectors from home and abroad.

“The event aims to attract famous global artwork organizations to Xuhui and create an art trading market worth more than 100 billion yuan (US$14.7 billion),” said Fang Shizhong, the director of the district.

Shanghai aims to become an international artwork trading center, on par with New York, Paris, London and Basel. The city government has released supportive policies and funds to encourage art exhibitions, trading and auctions in Shanghai. 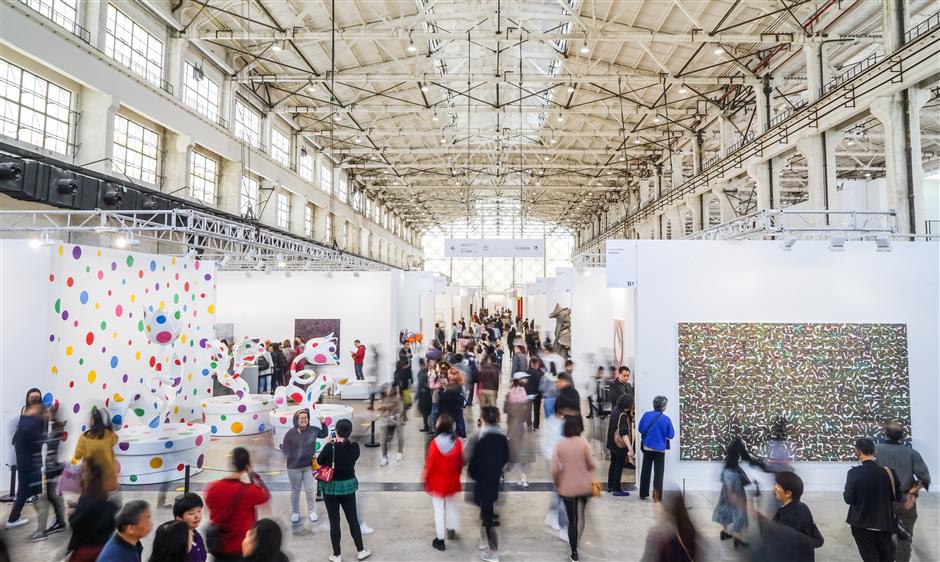 Visitors attend an exhibition at the West Bund Art Center.

Due to COVID-19, the regular art trading schedule has been disrupted and China has become the core market for international artwork organizations, said Wang Yayuan, a deputy director with the city’s publicity department.

The event is under the guidance of multiple government bodies such as the publicity department, the culture and tourism administration, Shanghai Customs, market regulators and Xuhui District government.

During the monthlong event, leading auction houses including Sotheby's, Christie's and Phillips will hold online and offline auctions in Shanghai. Exhibitions such as the West Bund Art and Design Expo, the ART021 and Shanghai Biennale will be held as well.

Additional subsidies will be offered to key events and exhibitors, while helping them solve difficulties when developing in Shanghai. Breakthroughs will be announced on policies for overseas art auctions and cross-border settlement, Wang said.

“The event will bring the ‘Shanghai voice’ to the world and help elevate the confidence of the post-pandemic global art market,” he added.

To cap the city’s ambition in the art trade, Xuhui District unveiled a new project, the ART Tower, on the West Bund on Tuesday which is set to become the “Shanghai Landmark for the global artwork industry.” 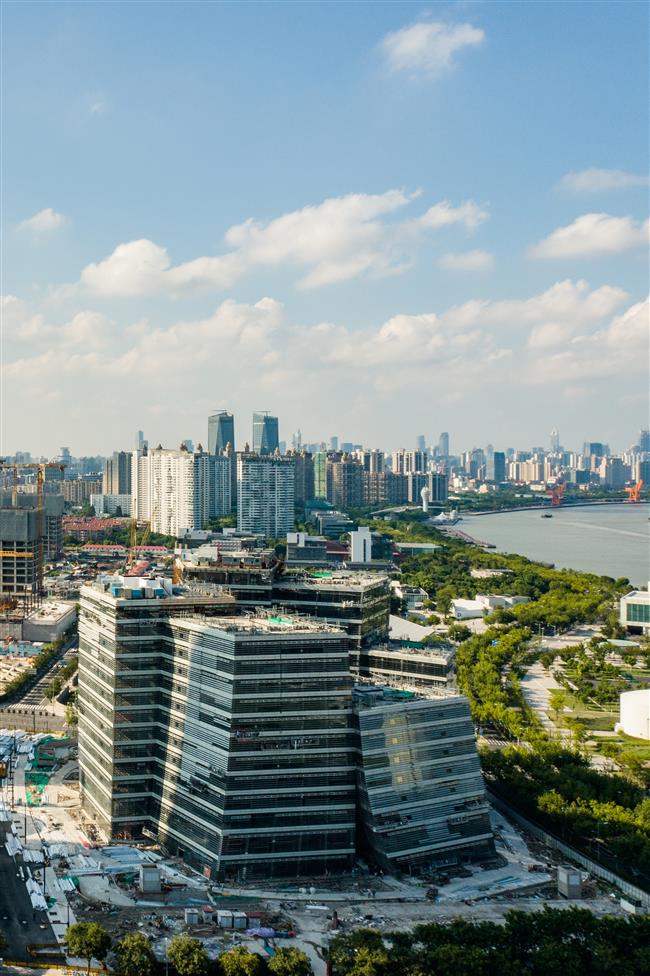 The ART Tower on the West Bund is set to become the “Shanghai Landmark for the global artwork industry.”

The structure of the complex has already been completed on the West Bund, while a demonstration space will open during the month.

The Shanghai International Artwork Trading Center will be relocated in the complex to offer various services such as art restoration and one-stop trading services. Many preferential policies for the art trade are expected to be initially tested at the center, Fang said.

“An artwork trading eco-system involving the world’s top five auction houses and top 20 art galleries is expected to be developed at the ART Tower along with industry, innovation, capital and service chains,” he added. 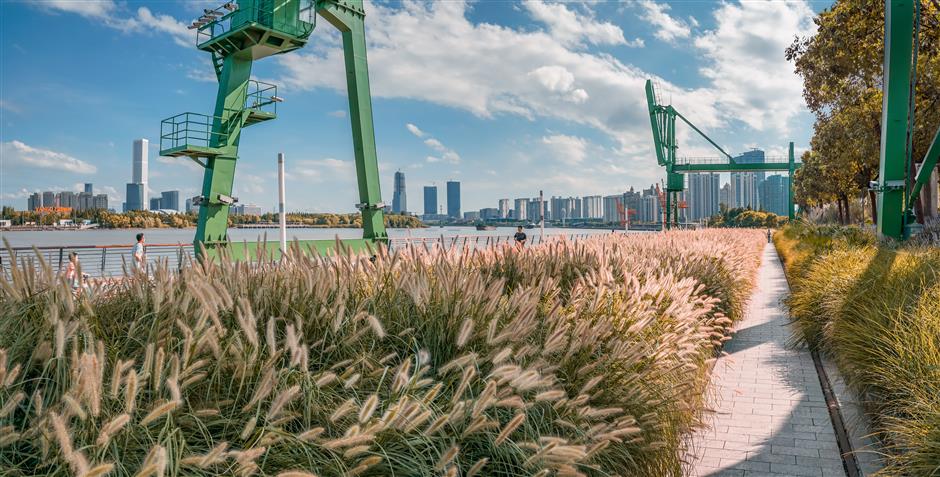 The riverside region of the West Bund waterfront.

The tower will cooperate with artificial intelligence and high-tech companies based in the neighboring Shanghai AI Tower under Xuhui’s Art & AI development strategy, Fang said.

“The West Bund will become a hot landmark gathering art institutions and talent as well as active art trades,” the district director said. 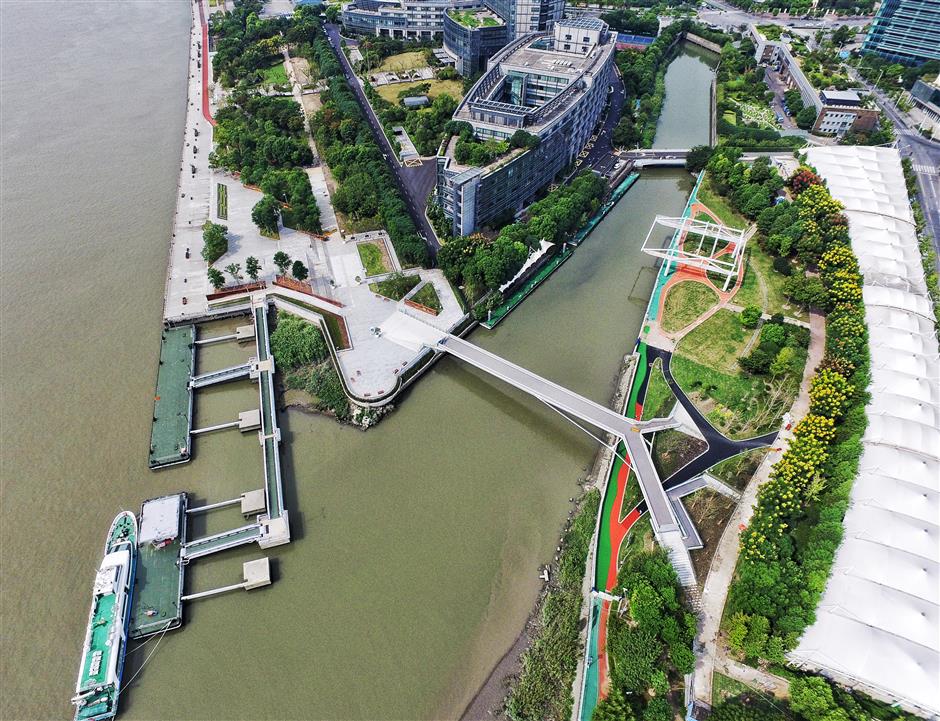 A riverside view of the West Bund waterfront.